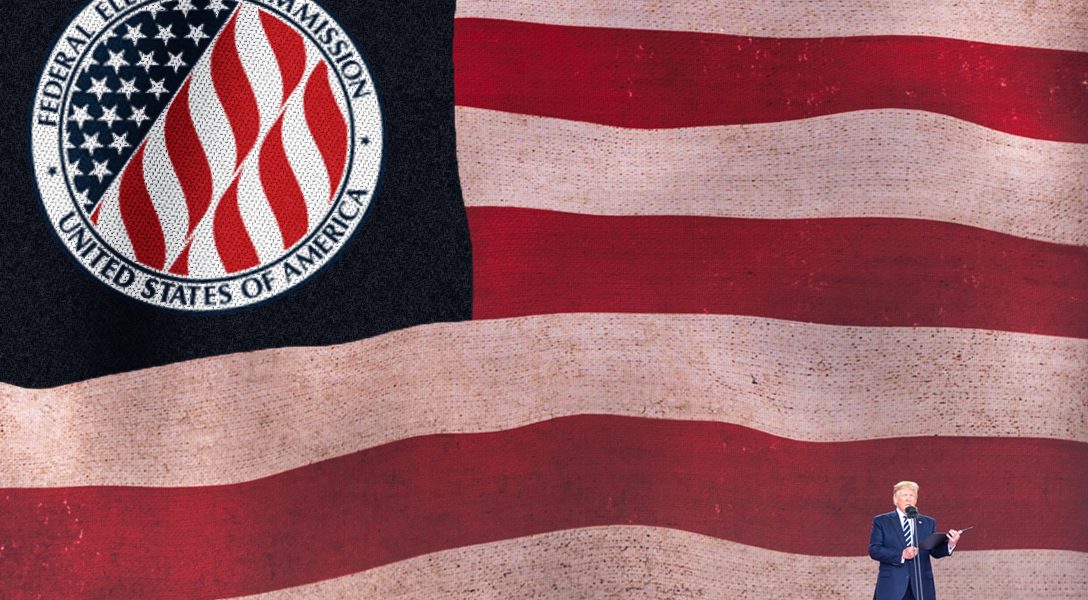 Even before he officially kicks off his reelection campaign later this month, President Donald Trump has already found plenty of ways to use campaign donations to line his own pockets. But he may want to invest in a campaign finance expert quickly — or at least somebody who can count — or his campaign could soon be slapped with sanctions by the Federal Election Commission (FEC).

Earlier this week, the FEC informed Bradley Crate, the treasurer of Trump’s campaign, that several donors had exceeded the legal contribution limit. An individual may only donate $2,800 to a candidate this cycle. However, well over a hundred donors appear to have given more than that to Trump already.

On more than 200 pages, the FEC letter lists the names and donations of individuals who have already exceeded the legal limit before the campaign’s official kickoff. The list provides a glimpse into a somewhat disorganized operation.

The campaign seems to have realized in some cases that donors had given too much, and has refunded the money in accordance with federal statutes. However, it has allowed some of the same donors to make further contributions that have not been returned. In other cases, excess donations were not refunded.

For example, an individual named Jana Kohl had given $2,700 by June of last year. A subsequent donation of $2,700 was returned two months later, but she then contributed another $2,800 by this March. That amount, which exceeded the legal limit, was not refunded.

The FEC gave Crate until July 8 to address the issue.

“Failure to adequately respond by the response date noted above could result in enforcement action,” the FEC wrote in its letter. Though most of the donors did not exceed the legal limit by much, this letter shows, more than anything, that part of Trump’s reelection bid is dysfunctional. At the very least, it should have informed donors that they had given too much already and should not send in additional checks.

The campaign will be able to rectify the problems the FEC identified by either refunding the excess funds or reattributing them, i.e., providing a written statement that another individual is responsible for the donation (this might be used in the case of a married couple). Finally, the extra donations can also be redesignated, which means that the donor would authorize the Trump campaign to give the money to another campaign.

The FEC notes in its letter that such actions could benefit the campaign in an enforcement action.

“Although the Commission may take further legal action concerning the acceptance of excessive contributions, your prompt action to refund, redesignate, and/or reattribute the excessive amount will be taken into consideration,” the agency wrote.

WhoWhatWhy readers will be familiar with Trump’s campaign playing fast and loose with federal campaign finance laws. In 2016, we broke a story that, even following a complaint to the FEC, it continued to actively solicit contributions from foreigners — which is flat-out illegal.

Even though this was a blatant violation of the law, the FEC took no action after the Trump campaign argued that the solicitations were an honest mistake because it was impossible to discern an individual’s nationality from an email address.

However, as WhoWhatWhy showed, the campaign in fact sought donations from members of foreign legislative bodies whose email addresses clearly indicated that they were not Americans.

The FEC’s lack of action is not surprising — and it is unlikely that the agency will punish the Trump campaign in a meaningful way in this case. Why? Because its commissioners are split along party lines, and it is doubtful that the GOP appointees will ever vote to seriously sanction Trump or take any meaningful action to regulate the campaign finance system.

In a 2016 interview with WhoWhatWhy, then-commissioner Ann Ravel, who was a Democratic appointee, blasted her own agency and its dysfunction. Not much has changed since then.

And we can expect the campaign to once again concentrate on shoveling contributions into Trump’s pockets.

A new report shows that the campaign is paying nearly $40,000 per month for space in Trump Tower — even though a new office in Virginia has lots of unused space and its rent is much lower.

An analysis of campaign finance records shows that the president’s campaign has spent $1.3 million at Trump’s own businesses through 2018. So even if the FEC were to levy a small fine, it would still be a pittance compared to what Trump is raking in.