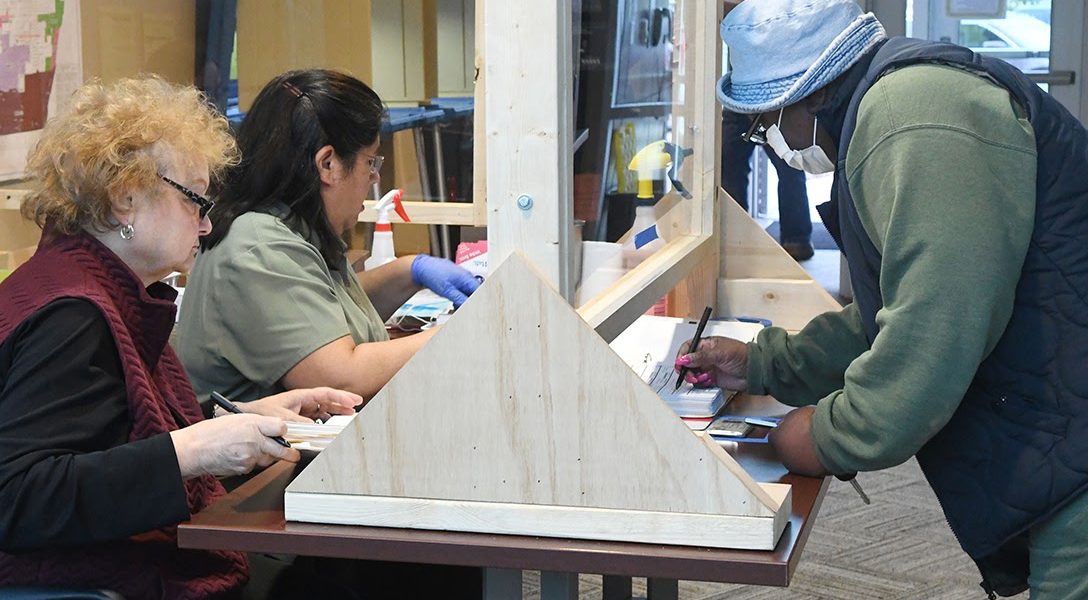 Every once in a while, Republican officials will say out loud what everyone knows but is supposed to be a secret: expanding voting rights will harm the party’s ability to cling to power.

In some cases, there are genuine ideological differences to approaching how elections are conducted. For example, conservative justices on the US Supreme Court questioned the integrity of counting ballots that are mailed after Wisconsin’s April 7 primary, at one point calling it an “attempt to suppress disclosure of the election results.” At the same time, a growing number of Republican officials have made it a point to publicly push back against expanding voting rights, even with the devastating coronavirus and calls for social distancing looming in the background.

“This isn’t a partisan moment, but I want to point out that it is a deeply troubling sign when the President of the United States wishes for active, eligible voters to not have a chance for their voices to be heard.”

Voting-rights groups were hoping that officials would put aside their ideological differences and find a way to provide every eligible voter with a ballot, without requiring them to visit a polling place. Instead, President Donald Trump took to Fox & Friends last week to argue that “[Democrats] had levels of voting, that if you ever agreed to it you’d never have a Republican elected in this country again.”

His comment prompted a number of Republican officials to take the unusual step of telling reporters on the record that their party has a more difficult time winning elections when every eligible voter has access to a ballot.

Trump’s willingness to admit this out loud prompted a reaction from Georgia Democrat Stacey Abrams — someone who is no stranger to fighting voter suppression — during a virtual discussion with the National Press Club last week.

“This isn’t a partisan moment, but I want to point out that it is a deeply troubling sign when the President of the United States wishes for active, eligible voters to not have a chance for their voices to be heard,” Abrams said.

Trump, on expanding voting: “They had levels of voting, that if you ever agreed to it you'd never have a Republican elected in this country again." pic.twitter.com/ly4LYQqmo8

Trump told reporters during a press briefing Tuesday night that he can vote by mail “because I’m allowed to,” and confirmed that he was one of the thousands of voters who used a mail-in ballot during Florida’s presidential primary election (the lifelong New Yorker changed his residency in October).

“I think mail-in voting is horrible. It’s corrupt,” Trump said, adding that “you get thousands and thousands of people sitting in somebody’s living room signing ballots all over the place,” without offering any evidence to support his claims.

Trump’s unproven assertion was “a pathetic attempt to suppress the vote in the middle of a national crisis,” said Sean Eldridge, president of Stand Up America, a liberal nonprofit organization.

“Expanding access to the ballot through mail-in voting should not be a partisan issue, yet Trump and his cronies are trafficking in debunked conspiracy theories to undermine efforts to ensure every eligible voter can cast their ballot this fall,” Eldridge said. “Trump’s lies are especially dangerous after today’s catastrophic election in Wisconsin.”

While most public health and voting-rights advocates agree that mail-in voting is the best way to conduct elections while trying to keep voters safe, not all Republican lawmakers are on board with the idea. Leading up to the April 7 primary in Wisconsin, the Republican-held state legislature blocked every attempt to postpone the election or swap in-person voting for mail-in ballots. Democratic Gov. Tony Evers issued an executive order fewer than 24 hours before polls were supposed to open, and the US Supreme Court sided with Republicans — overruling Evers’s order in a 5–4 vote.

During a call with reporters, Vanita Gupta, president and CEO of the Leadership Conference on Civil and Human Rights, condemned lawmakers for their comments, saying it is “profoundly disturbing that there are elected officials that are afraid of more people voting.”

There is no shortage of information and policy recommendations on how to carry out the 2020 election, but it appears that there may be a shortage of those who are willing to listen. Medical experts from the University of California Los Angeles (UCLA) released a report Monday that urges officials to consider the benefits of conducting elections entirely by mail.

“Voting by mail is significantly safer than voting in person given just how infectious COVID-19 is proving to be,” said Dr. Annabelle de St. Maurice, a UCLA Health infectious disease specialist who consulted on the project; she added that the coronavirus “offers an urgent opportunity for us to transition to a vote-by-mail system that protects public health in the short term and in the long term will increase voter participation.”

In Some States, ‘You Just Don’t Know’

What happened in Wisconsin is not a one-off. In North Carolina, State Senate Leader Phil Berger (R) openly admitted his opposition to a recommendation by the state’s board of elections to move toward voting by mail. Georgia Republican State House Speaker David Ralston called mail-in voting “extremely devastating to Republicans and conservatives,” and alleged that “widespread use of absentee-by-mail voting in the primary would hurt Republican candidates,” according to the Atlanta Journal-Constitution.

David Goodman, vice chairman of the Andrew Goodman Foundation’s board of directors, echoed Gupta’s concerns and urged members of the press “to really pay attention because you just don’t know with certain states.

“We’ve seen it in Georgia, Louisiana … where they say, ‘Oh, we want everybody to vote,’ and do things that are quite the opposite,” Goodman said.

Maxim Thorne, managing director with the Andrew Goodman Foundation, said he is worried about the millions of students who have been relocated due to universities closing amid the coronavirus; he fears that bad actors will try to exploit the crisis to suppress young voters. Georgia’s Secretary of State Brad Raffensperger (R) announced last month that his office would mail absentee ballot requests to all eligible voters for the state’s presidential primary.

“When Georgia says they’re mailing folks these absentee ballots, is it going to the campus where they are not [currently staying]? And so, they just sit around for weeks depending on how long social distancing occurs?” Thorne said to WhoWhatWhy. “Will they be forwarded?”

Meanwhile, back in Wisconsin, dozens of photos circulated online of voters standing in line for blocks and wearing homemade masks in order to vote. The images were troubling, and the situation was unnecessary and harmful, said former Attorney General Eric Holder, who now heads the National Democratic Redistricting Committee.

“In spite of the fact that public health experts have told everyone to practice social distancing … the Wisconsin legislature, the Wisconsin Supreme Court, and the US Supreme Court are forcing too many people to wait in lines to vote today,” Holder said in a statement. “If we do not enact electoral procedures that are health sensitive, we will be putting the well-being of all Americans — no matter their political preference — at risk.”