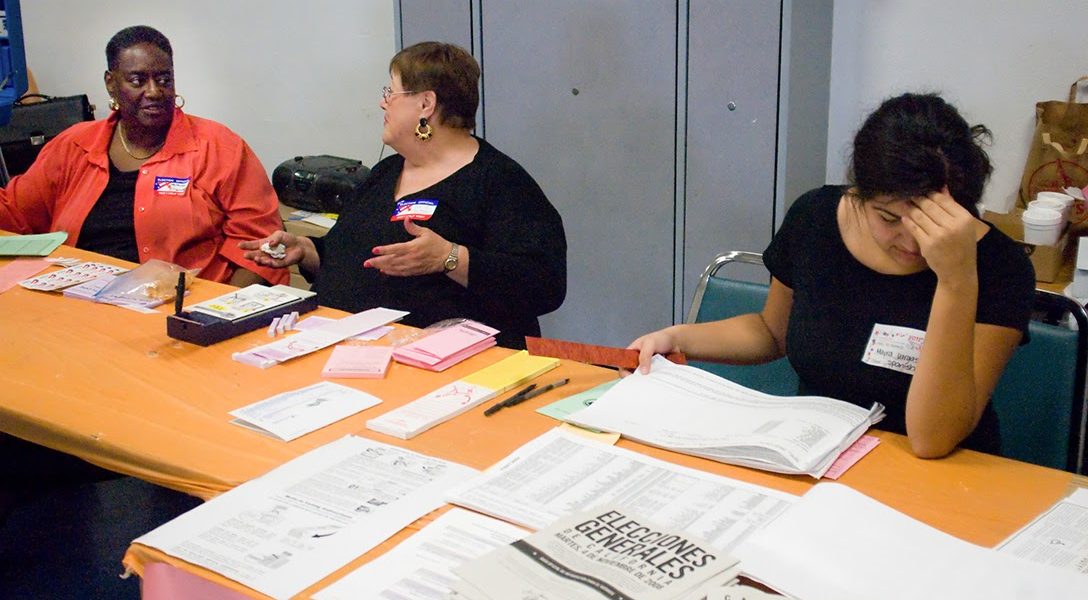 In a swing state like Wisconsin, turnout matters, and, in 2016, it reached a new low. Part of that was by design, as the state’s GOP government had put in place a strict and confusing voter ID law. It is impossible to say how many people either stayed home because of it, were turned away from the polls, or left after waiting in line for too long. However, that number very likely exceeded Donald Trump’s margin of victory, which was less than 23,000 votes — or 0.8 percent — out of the more than 2.9 million total votes cast.

This year, the coronavirus pandemic poses a new threat to voter turnout as election officials also have to take into account public health concerns. One way to make voting safer would be to eliminate the long lines that have become commonplace in many states — especially those that have closed polling locations, rationed voting machines or put in place policies that make voting more burdensome for certain demographics.

Rolling back these changes or providing voters with more options for casting a ballot, for example by letting them vote by mail or expanding early voting opportunities, would help.

However, there is an often overlooked factor that also contributes to how smoothly an election is run: the availability of skilled poll workers. It is in this area that the pandemic will likely have a devastating impact — and, in a state like Wisconsin, that could make all the difference.

Neil Albrecht, executive director of the City of Milwaukee’s Election Commission, is virtually certain that his city won’t have enough workers to staff polling sites and process absentee ballots at the central count location due to fears about the coronavirus lingering until November.

Albrecht is charged with overseeing hundreds of poll workers. He has found that training and recruitment of new volunteers is growing increasingly difficult because officials are urging people to stay home.

In Milwaukee County — which has the largest number of registered voters in Wisconsin — officials are now racing the clock to recruit and train enough poll workers in time for the April 7 presidential primary. They made their plea to young voters last week and urged them to sign up.

“Recruitment efforts to attract additional workers have been unsuccessful, particularly given the release of stay-at-home guidelines from the mayor and governor,” Albrecht told WhoWhatWhy.

In an average election, there are nearly 30,000 poll workers in Wisconsin — but “a significant number of them are in their 60s and 70s, and many may have [existing health issues],” according to the Wisconsin Elections Commission (WEC). Election officials throughout the country have already seen an alarming drop in the number of people willing to volunteer as poll workers in recent elections — but recruitment has been a particularly daunting task amid the coronavirus pandemic.

The crisis has sparked nationwide calls for mail-in voting — to decrease the number of people voting in person and prevent long lines at polling places. But election security experts say the $400 million that Congress approved to fund elections is barely enough.

For the millions of voters still likely to cast a ballot in person this November, there may not be enough poll workers on site to keep the process going.

Mail-in voting will be used in a number of states to comply with social distancing and still continue carrying out elections — but not all states. The coronavirus pandemic has forced some election officials to effectively start from scratch and recruit enough young poll workers so older Americans can stay home.

This recruitment was a problem even before this new challenge. Nearly 70 percent of all jurisdictions in the United States said it was “very difficult” or “somewhat difficult” to recruit poll workers for the 2018 election, according to a report by the Election Assistance Commission (EAC).

Those who did volunteer were for the most part older Americans — who are at high risk of contracting COVID-19. So, election officials throughout the country are scrambling to recruit young people that are home from school or work to take their place.

“We know there are Wisconsinites looking for ways to serve their communities through this difficult time,” said Meagan Wolfe, Wisconsin’s chief elections official. “If you are a state, county or municipal employee, a teacher, a student or someone who is looking for temporary work, municipal clerks need your help.”

In 2018, the EAC reported that the average polling place had eight poll workers, a majority of whom were 61 years or older.

“The Commission and WEC staff recognize that this is an evolving situation and will continue to rely on the guidance of public health officials,” Wolfe added. “We all stand ready to adjust as directed to ensure the safety of clerks, poll workers and voters.”

Illinois also experienced last-minute cancellations from poll workers and election judges throughout the state before its presidential primary earlier this month. Many of them cited the coronavirus as the reason for staying home. Chicago Board of Elections Chair Marisel Hernandez pleaded with the public the night before Illinois’s primary election.

Voting in Person: A Thing of the Past?

There was quite a bit of confusion for voters in Ohio after Republican Gov. Mike DeWine postponed the presidential primary election hours before polls were supposed to open. GOP Secretary of State Frank LaRose rescheduled the election for June, but his decision was followed by a lawsuit because he lacked the authority to change the date of an election. That lawsuit was ultimately dropped after Congress passed its stimulus package and the state legislature replaced in-person voting with extended mail-in voting.

So, until April 28, voters can now request and submit an absentee ballot.

“We’ll be reaching out to as many organizations as we can help in order to give every Ohioan a chance to have their voice heard,” LaRose’s office tweeted. “In the meantime, voters can contact their county board to have a request sent to them.”

Ohio joins a number of states that will offer mail-in voting during the 2020 election, but the logistics of implementing a vote-by-mail system is costly — although a fraction of the cost states typically spend on voting machines. Election officials would need to spend anywhere from $982 million to $1.4 billion to send every eligible voter in the country a ballot with a self-sealing envelope and pre-paid postage, according to a recent cost estimate by New York University’s Brennan Center for Justice.

Elections security experts say that the $400 million approved by Congress last week was a good first step but not nearly enough to adequately fund the 2020 election. And, because elections are decentralized in the United States, the process for mail-in voting varies by state.

About half of Milwaukee’s election workforce is 60 years or older, and a third over the age of 70. It presents a challenge for the April 7 election, and due to the coronavirus, the number of trained volunteers is “decreasing daily,” Albrecht said. As of Thursday, the city has received 400 notices from volunteers who have canceled.

Although Wisconsin offers absentee voting, a minor technical requirement for submitting absentee ballots has raised concerns about access to voting from home.

Their concern is that while absentee voting is an ideal way to carry out elections and maintain social distancing, the elderly and those with preexisting health concerns would still need to interact with another person to obtain that witness signature.

“It is unconscionable — and unconstitutional — to force people to choose between their health and their right to vote,” said Jon Sherman, senior counsel at the election reform group Fair Elections Center. “In the face of a global pandemic and emergency orders mandating self-isolation, a state law requirement to obtain a witness signature on a mail-in ballot simply cannot stand.”