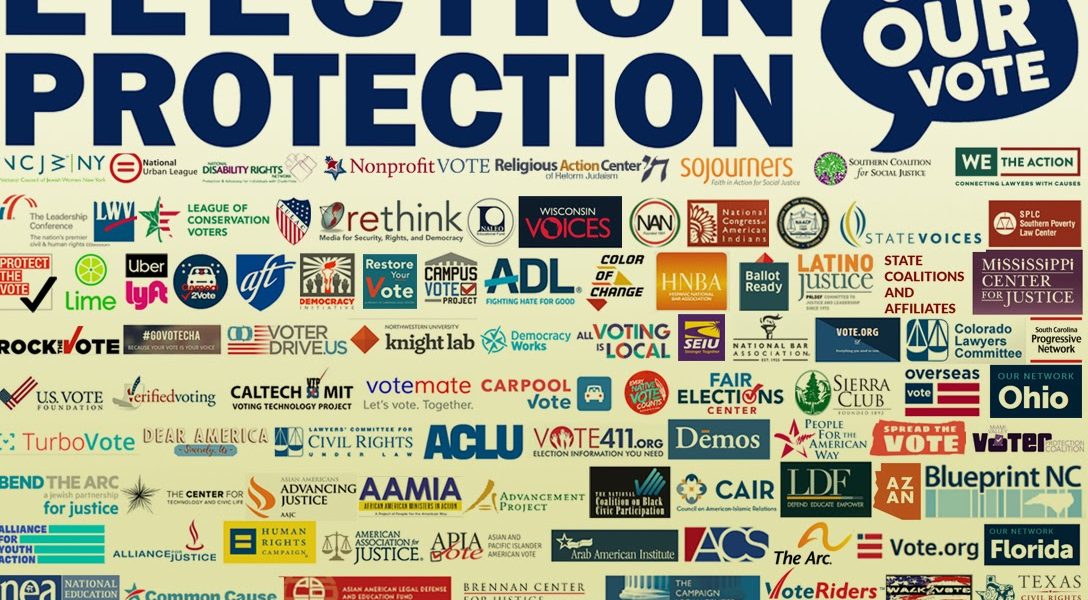 Civil Rights Groups Beef Up Their Efforts to Protect the Vote

Every four years, Americans come together to select their president. And, every four years, there are massive voting problems throughout the country. We see instances of unreasonably long lines at the polls, confusing information, malfunctioning voting machines, and voters finding out that their name was one of the hundreds of thousands purged from the voter rolls. Even without Russian attempts to disrupt voter registration databases, presidential elections are often chaotic.

To help Americans navigate this process and ensure that eligible voters actually get to cast a ballot, more than 200 organizations and 100 law firms have joined forces in an effort to keep the confusion to a minimum and combat the efforts of those who want to prevent some people from voting.

The Election Protection coalition announced this week that it is beefing up its efforts ahead of this year’s election. It will use multiple voter crisis hotlines (in different languages), hire field monitors, educate voters, and turn to the courts to fight voter suppression efforts, which are the main concerns again this year.

“The right to vote is the most sacred right in our democracy and 2020 is a year that demands we all stand up to ensure that every voice is heard,” Kristen Clarke, president and executive director of the Lawyers’ Committee for Civil Rights Under Law, told WhoWhatWhy. “My goal is to make sure that we are using the courts, promoting grassroots advocacy and driving reforms to beat back voter suppression efforts in 2020.”

Multilingual Hotlines — Even in Urdu

The strategy, added Marcia Johnson-Blanco, co-director of voting rights for the Lawyers’ Committee, will be “a combination of call centers, poll monitor programs, and rapid response efforts in a number of the remaining primary states.”

While the committee will continue to run its hotline (866-OUR-VOTE), non-English-speaking voters will also have a number of organizations to turn to if they encounter issues when voting. All of the hotlines will be staffed while polls are open on primary days, as well as regular business hours on non-election days. Here are a few:

AAI launched its voter protection hotline in 2016. With Arabic being one of the fastest growing languages in the United States, Maya Berry, the organization’s executive director, said that “in an era of rampant voter suppression, the #YallaVote Hotline has proven vital for voters across the country.”

“We know the integrity of our elections is under constant threat from new unsecure voting technologies, foreign governments seeking to influence our elections, and wealthy special interests that are erecting new barriers to voting.”

“Black leaders and our allies are coming together in 2020 to maximize our resources in saving our democracy from peril,” Campbell said.

‘Just’ Getting ID Is a Hurdle Too High for Many Americans

Voters can also review their voter registration status, register to vote, and find their polling place online. Some states are taking steps to have multilingual ballots. In Colorado, state lawmakers recently introduced a bill that would establish sample ballots and a voter protection hotline in multiple languages.

Election Protection’s website has information on every state’s voting requirements and primary election dates. South Carolina voters, who start heading to the polls just hours from now, can find information on how to vote here. For more information about all other states’ voting information, look here.

“We know the integrity of our elections is under constant threat from new unsecure voting technologies, foreign governments seeking to influence our elections, and wealthy special interests that are erecting new barriers to voting,” said Karen Hobert Flynn, president of the government watchdog group Common Cause.

But election watchdog groups are not just concerned about the institutional barriers that voters in many states face. When local election officials make mistakes, voting rights groups are the first to alert the public about it. The DC Board of Elections, for example, recently mailed voters the wrong information about the city’s primary election. While this instance appeared to be an honest mistake and is being corrected, the coalition stands ready in nearly every state to educate voters and help them make a plan to vote.