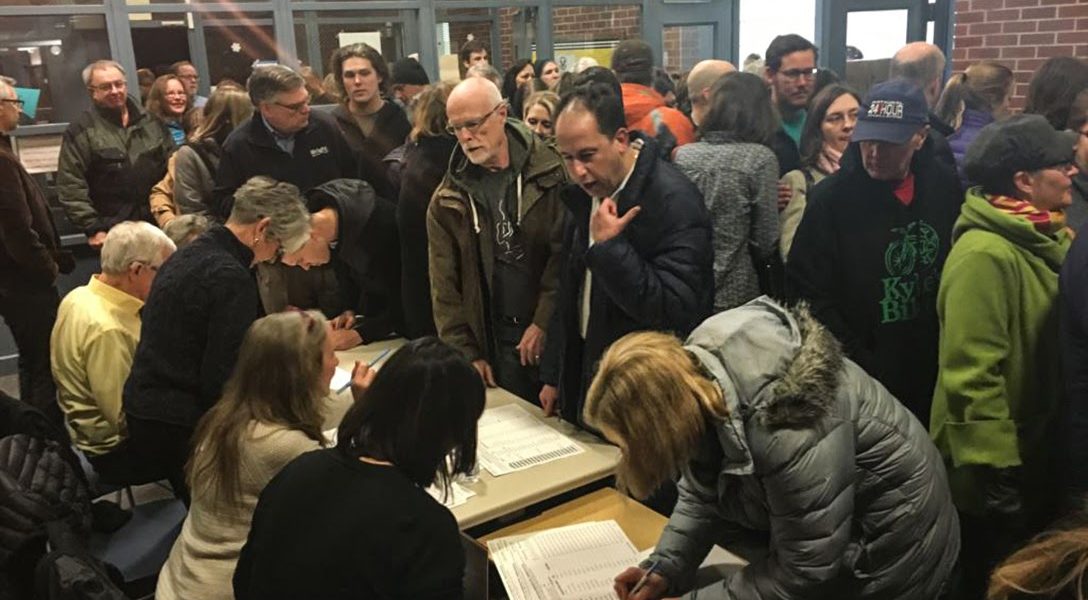 Caucuses — the Undemocratic Way of Choosing a Nominee

Caucuses can be a thrilling moment for politically engaged voters. Unlike a traditional election, caucus-goers gather at precincts and literally stand in their candidate’s corner — sometimes for hours — hoping that their candidate reaches the necessary threshold of votes to make it to the next round.

But caucuses also disenfranchise those who cannot stick around for that long to await the outcome if their preferred candidate fails to secure first place during the first round. Iowa is not the only state that holds a caucus in lieu of a traditional primary election: so do Nevada and Wyoming.

While access to public transportation and the inability to leave work to vote have long been issues in regular elections — especially for low-income, rural, and student voters — caucuses are unique in that they also strip every voter of their right to a secret ballot.

Indeed, the Iowa caucus is not an election, David Redlawsk, a University of Delaware political scientist, told WhoWhatWhy. Rather, it is a formal party meeting that acts as an election — so there are no secret ballots. Since the caucuses are conducted in the open, voters often attempt to persuade their neighbors to vote their way.

“We don’t know from the standpoint of research whether we would have the same outcome of a secret ballot that we have in a party meeting,” Redlawsk added. Some, like former Department of Housing and Urban Development Secretary Julian Castro, have aired their frustrations about this process:

“If you didn’t know anything about the Iowa caucus, and I said to you, ‘Okay, look. Here’s how we’re going to start this process: You can only vote on one day at 7:00 in the evening, there’s no early voting, there’s no secret ballot, so you can’t have a secret ballot about how you’re voting. You have to declare in front of everybody how you’re voting,’ People would think that Republicans designed the Iowa caucus,” Castro told MSNBC’s Rachel Maddow.

“I don’t believe that we should have these caucuses,” he added.

The Iowa caucuses have inspired many attempts in recent years to modernize the process, like tele-caucusing and mobile apps. This year Iowa Democrats will use a smartphone app to report precinct results — despite cybersecurity concerns.

Iowa Democrats were going to put into place ranked-choice voting with up to five rankings in what they were calling the virtual caucus, Redlawsk explained, but the Democratic National Committee rejected their proposal.

“I think that would have been a very nice addition to improve the accessibility of the process,” he added.

Although every caucus location for Democrats must have an ADA (Americans with Disabilities Act)-accessible entrance, harsh winter weather in Iowa presents a particular challenge for low-income voters who can not access public transportation at a specific time to get to their designated caucus site.

Several caucus states, like Nevada, will include ranked-choice voting during early voting to increase access to the ballot box. Although the state Republican Party in Kansas canceled its caucus, voting by mail for Democrats will be done this way in Kansas. It guarantees every voter the right to a secret ballot and takes significantly less time out of a voter’s day, according to the voting-rights group FairVote.

Another idea is to hold a caucus but allow voters to cast a paper ballot instead, Drew Penrose, law and policy director for FairVote, told WhoWhatWhy. Ranked-choice voting is similar to a caucus, but it is done through paper ballots instead of publicizing how a person votes.

“A caucus doesn’t really have that secrecy element, at least not the way the Iowa caucus does it,” Penrose said. “A ranked ballot does actually provide that option.”

Correction: This story previously listed nine states that hold caucuses instead of a traditional primary election. However, as a result of recent changes, only three states do. These are Iowa, Nevada, and Wyoming.