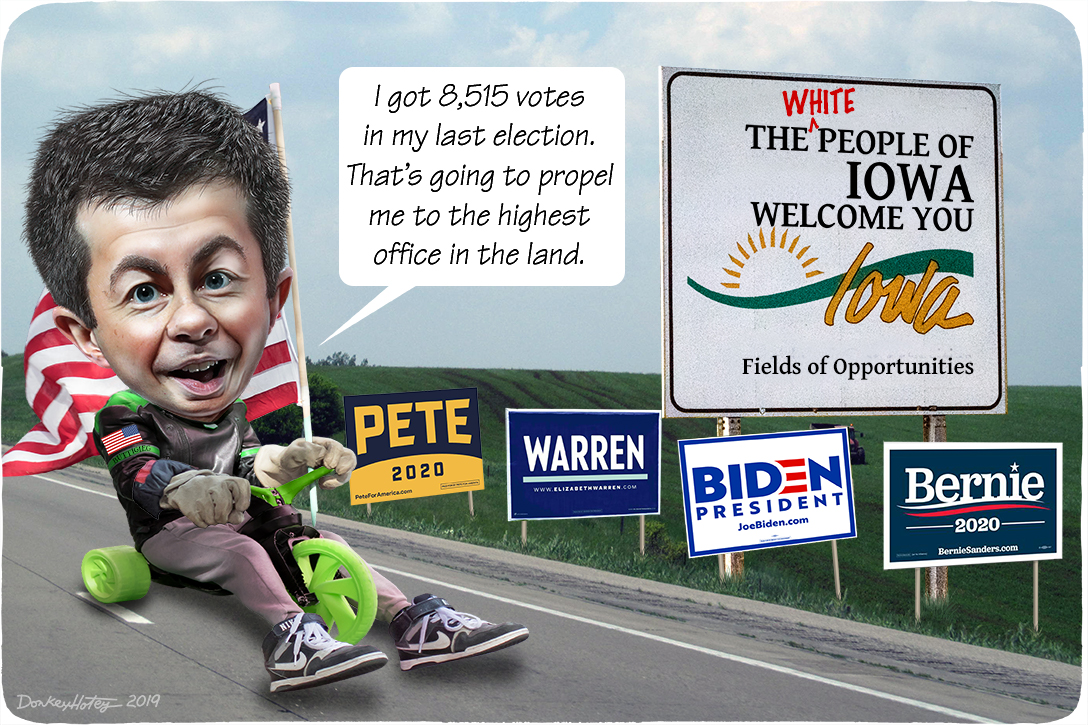 In 1788, the US took a few careful steps down the road of modern democracy by electing George Washington as its first president. It was an imperfect election. Turnout was very low — only 43,000 votes were cast (11.6 percent) — and only white men were eligible to elect the leader of the young nation. Still, considering the historical context, it was remarkable.

Fast forward nearly 250 years, and another presidential election approaches. A lot of progress has been made in the intervening time. African Americans and women can now vote — at least in theory, because there are still powerful forces at work that seek to roll back these rights. It took a war to accomplish the former and 150 years to achieve the latter.

What hasn’t changed, however, is that even in 2020, the country’s next president will very likely once again be picked by a small number of white people — those who participate in the Iowa caucus and the New Hampshire primary.

Giving that much power to so few people, especially a group that lacks the diversity of the US as a whole, is undemocratic.

Iowa and New Hampshire voters will tell you that they “really take this responsibility seriously,” that they are especially politically savvy, and that the small electorate forces candidates to be good at “retail politics,” i.e., the ability to schmooze in person.

“Retail politics” in Iowa means eating deep-fried pudding at the state fair while telling Iowans that they are special and deserving of their “first in the nation” status. Especially in the GOP caucus, a parrot could get 10 percent if you train it to say “Corn-based ethanol deserves subsidies” and “Family values. I love Jesus.”

In New Hampshire, “retail politics” means sitting in living rooms while telling New Hampshirites that they are special and deserving of their “first in the nation” status. Oh, and it helps to be from New England.

Concentrating this much power in the hands of Iowa and New Hampshire also makes it much easier for malicious actors, like foreign powers, to subvert the primary process. Instead of targeting 50 states, they just have to focus on two in order to whittle down the field and hamstring candidates they deem undesirable.

But the problem is not just that the system is deeply flawed. A big reason why Iowa and New Hampshire have so much influence is because the media assigns them outsized importance.

Together, these two states award a tiny portion of the delegates needed to win the nomination. If they were treated as the insignificant specks on the primary map that they are, then it wouldn’t be such a problem.

But the media just can’t resist turning everything into a circus. After all, it is much easier to hype a horse race and to build a narrative around a few polls than it is to focus on the actual plans for the country that candidates are presenting.

The result is a real disservice to the country and its legacy of democracy — flawed as that often may be.

It’s a problem that is unlikely to get fixed for a simple reason: In addition to being incredibly full of themselves, voters in Iowa and New Hampshire can also be very petty, and plenty don’t take kindly to anybody suggesting that they should lose their special status.

We just saw that last week when the chairs of the Iowa Democratic and Republican parties put partisanship aside to pen a joint column making the case for why their state deserves to go first. Every word oozes self-importance and tone-deafness to the criticism that Iowa is simply not diverse enough to play such a big role in picking US presidents.

However, since Iowa and New Hampshire are swing states, national party leaders won’t speak out against the current system, because that would surely disadvantage their candidate in the next statewide race. And top-tier White House hopefuls will also stay silent in order not to ruin their chances of winning the presidency.

Their silence and acquiescence might be good for business at the Iowa State Fair and for New Hampshirites who enjoy having senators and governors in their living rooms, but it’s a bad deal for America.