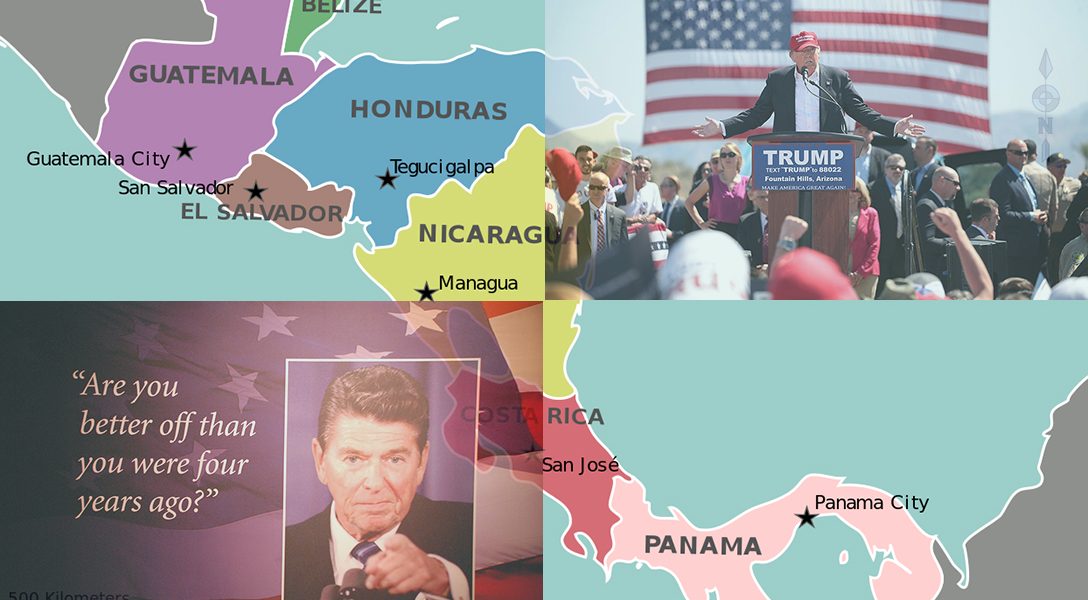 A caravan of hopeful migrants is slowly moving toward the US, and it’s making many Americans nervous. But what they should really be worried about is the possibility that cynical outside interests could use the highly controversial spectacle to unleash a disastrous, violent event. One that could alter the election landscape at the last minute — an “October Surprise.”

You may be familiar with the term. It refers to planned disruptions intended to give one candidate or party a leg up in elections by delivering a surprise body-blow to the opposition.

America has a long history of October Surprises, and it’s not unreasonable to consider that one may be coming this year.

The earliest attempt to engineer an October surprise may have come in 1968, when President Lyndon Johnson reportedly tried to negotiate a peace deal with North Vietnam just days before the election — a history-making triumph which would presumably have ensured a win for Johnson’s vice president, the Democratic nominee Hubert Humphrey.

Instead, Nixon forces, working on an arm’s-length basis with the DC-based Asian power broker Anna Chennault, mobilized their Vietnamese contacts, and may have killed Johnson’s effort.

Perhaps the most famous use of the term was in the 1980 election, when President Jimmy Carter was denied reelection by the Republican presidential candidate Ronald Reagan and his vice-presidential running mate George H.W. Bush.

Carter had faced a relentless drumbeat of criticism over his inability to free American hostages held for a year by Iranian revolutionaries. But the GOP worried about an October Surprise — a successful move by Carter that would vault him into the lead.

Carter did mount a rescue operation, but it failed. For some, though, the term “October Surprise” refers to alleged secret negotiations between Republican operatives and the Iranians to delay any action on the hostages until after the election. Regardless of whether such negotiations actually took place, Carter lost, and the hostages remained prisoners — until the moment Reagan and Bush took office, when they were dramatically released.

Depending on the observer, the term October Surprise may apply to the pre-election rescue operation Carter attempted or to the secret communications channel the Reagan-Bush people allegedly opened with the Iranians to forestall a hostage release before the election. Either way, it’s the kind of perception-altering intervention that hard-knuckled campaign strategists are always looking to pull off.

With the tremendous stakes in the November midterms, it’s hardly alarmist to expect something along these lines. And, given President Donald Trump’s statements about the caravan of migrants slowly moving toward the US border, that’s as likely a place to look for trouble as any.

Trump himself has warned — without offering a scrap of evidence — that the caravan includes gang members, and implied that Middle Eastern terrorists are amid the throng. Predictably, instead of focusing on the misery of the participants and the motives for their trek, electronic media have gone for the lively shots — of young, boisterous, colorful participants.

If anyone decides to make trouble, even staged trouble, TV and social media will be there to amplify it and stoke a visceral reaction. Even some in the corporate media have become alarmed at the way the issue has been covered and the fear it is generating.

For years Central American families have traveled north in large groups to avoid being harmed during their long trek by traffickers, smugglers, and other criminals. The caravan is bigger than in past years, but it is not new. They are coming to the US — openly and legally — and their intent is to arrive at a border crossing and ask for asylum, something US law permits.

Nevertheless, Trump’s spin is shaping coverage of the trek, as reporters scramble to take down his latest incendiary quotes.

Sadly, it looks like Mexico’s Police and Military are unable to stop the Caravan heading to the Southern Border of the United States. Criminals and unknown Middle Easterners are mixed in. I have alerted Border Patrol and Military that this is a National Emergy. Must change laws!

America has a long history not only with October Surprises but also with planned violence. We can start with Cointelpro, the long-running FBI program in which provocateurs infiltrated largely non-violent protest movements and encouraged and carried out violence.

Another example was the US-backed, secret GLADIO program in Europe, where violence blamed on the surging political left was in fact perpetrated by right-wing cells.

In a close election, things like control of the House or Senate or governor’s offices could be determined by a fairly small number of votes — and turning out only a few more votes on one side may require nothing more than a jarring incident that triggers a desire for the equivalent of what Mussolini promised Italy: a strong, paternal hand and aggressive action against perceived threats to “our way of life.”

Every time you see a Caravan, or people illegally coming, or attempting to come, into our Country illegally, think of and blame the Democrats for not giving us the votes to change our pathetic Immigration Laws! Remember the Midterms! So unfair to those who come in legally.

We are seeing examples in social and traditional media of deliberate misdirection by Trump’s allies:

Right-wing sites are claiming that the billionaire liberal donor George Soros, a familiar bogeyman, funded the caravan. Cable news programs have been showing short clips of a middle-aged man handing out cash to some young males. George Soros’s man?

Hmmm… There’s no doubt some believe this. The other day, police disabled a bomb delivered to Soros’s home. (Whether this is related to the caravan rumors is unclear, given that other bombs sent to Democrats have now been discovered. But Soros has only been in the news recently because of this issue — and it is exactly the kind of issue to send a deranged person on an explosive bender.)

Oh, and for more historical context, look up the Reichstag Fire.

Related: Child Separation Crisis: Who Caused the Misery South of the Border?