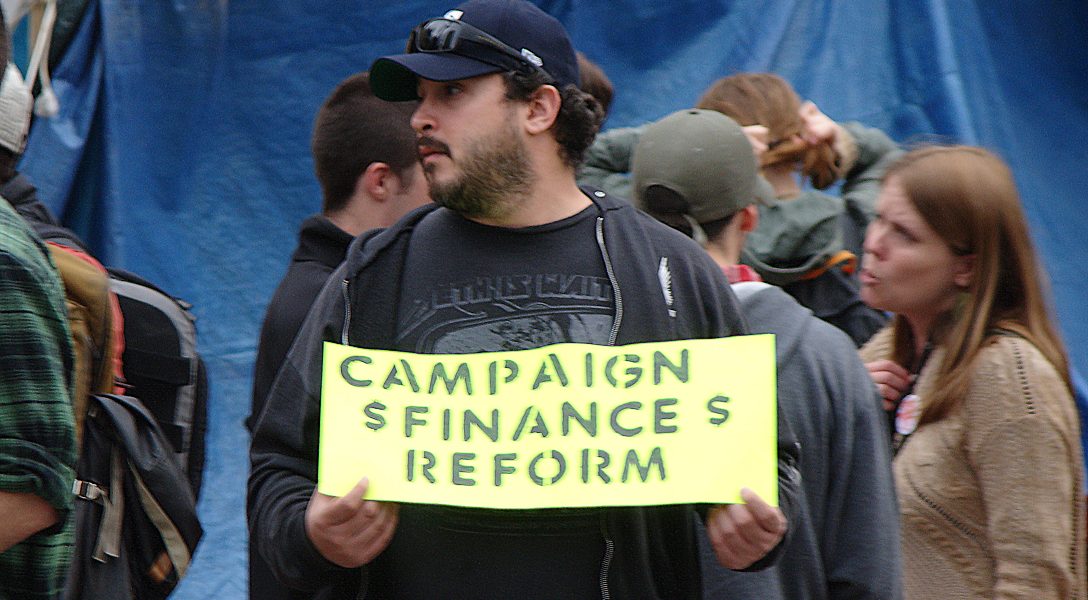 Two campaign finance watchdogs have finally had enough. After watching the FEC dismiss five complaints that asked the agency to investigate donors who violated the “straw donor” provision of the Federal Election Campaign Act, Democracy 21 and the Campaign Legal Center are now suing the agency over its inactivity.

The groups petitioned the FEC to look into deep-pocketed donors who skirted disclosure rules by using their personal Limited Liability Companies (LLCs) to make huge, anonymous contributions to Super PACs. In each case, the three Republicans on the six-member commission voted to dismiss the complaints.

“This clearly is an agency out of control,” said Larry Nobel, a former FEC general counsel who now serves in that position for the Campaign Legal Center.

The lawsuit alleges that the agency tasked with enforcing campaign finance laws is now basically helping to undermine them through its inaction.

“Each time the FEC fails to pursue a serious violation of the law, it weakens our democracy and the ability of Americans to know who is truly influencing our elections,” Noble said. “It also sends a loud and clear message that those who violate campaign finance laws will face no penalties.”

The campaign finance watchdogs are increasingly concerned about wealthy donors using LLCs to give large sums of money anonymously. That way, the name of the LLC has to be disclosed but not those of the persons who put the money into the LLC.

If this scheme involved drug dealers and banks instead of wealth donors and Super PACs, it would probably be called money laundering.

The two groups hope that their lawsuit will result in the FEC being ordered to investigate the complaints.

Anybody interested in getting “dark money” out of politics – a group that clearly does not include the three Republican FEC commissioners – should keep their fingers crossed that at least the courts will do their job.