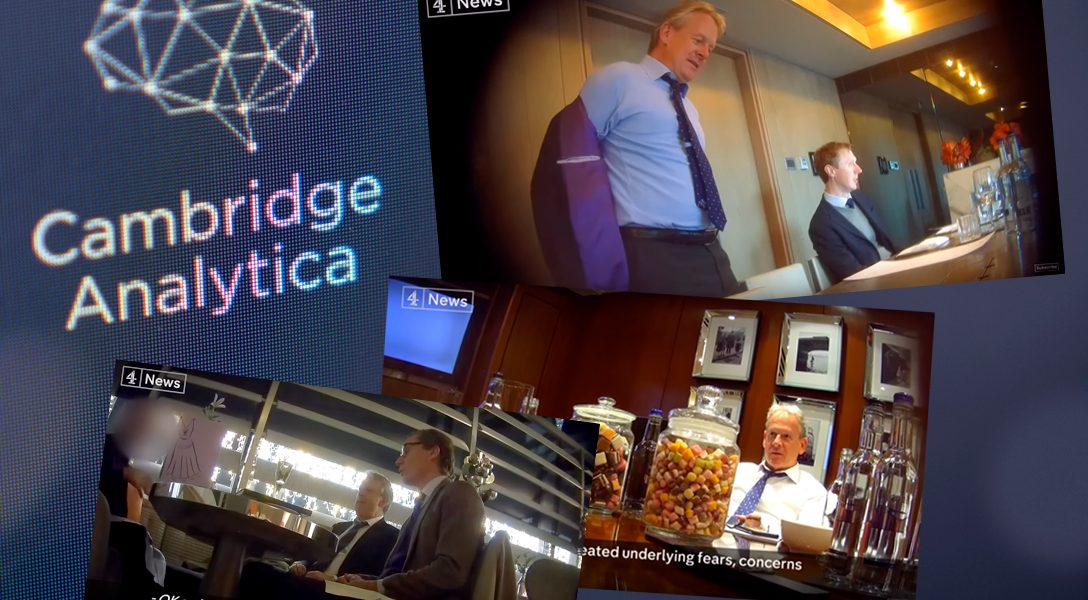 Do Americans have the slightest idea of the extent to which they are manipulated? That seems to be the big — and so far unexplored — question as scandal continues to explode around Facebook and a UK-based data company.

The news is dominated currently by Cambridge Analytica, the data company that helped propel Donald Trump into the White House. It is in hot water this week, following reports that it harvested information from 50 million Facebook users without their consent.

New stunning stories keep coming from the UK’s Channel 4. On Tuesday, these revelations resulted in the suspension of the company’s chief executive Alexander Nix. Previously, we learned that top Cambridge Analytica officials, including Nix, were caught on hidden cameras discussing dirty and possibly illegal campaign tricks — such as using beautiful women or fake businessmen to entrap rival candidates.

The secretly recorded videos, which you can see below, pull back the curtain on modern political campaigns.

More than anything, however, they show that the spread of social media, and the resulting reams of data that users willingly hand to companies like Facebook, allow campaigns to manipulate people into voting a certain way.

Here are a few striking examples of Cambridge Analytica executives caught by Channel 4 News as they boast about exploiting voters’ digital profiles in order to effectively manipulate them:

If you’re collecting data on people and you’re profiling them, that gives you more insight that you can use to know how to segment the population, to give them messaging about issues that they care about, and language, and imagery that they’re likely to engage with. And we use that in America, and we use that in Africa. That’s what we do as a company.

The two fundamental human drivers when it comes to taking information onboard effectively are hopes and fears, and many of those are unspoken and even unconscious. You didn’t know that was a fear until you saw something that just evoked that reaction from you. And our job is to get, is to drop the bucket further down the well than anybody else, to understand what are those really deep-seated underlying fears, concerns. It’s no good fighting an election campaign on the facts, because actually it’s all about emotion.

Cambridge Analytica staff also had even more egregious things to say, promising or implying all manner of nefarious undertakings, including the following:

They will offer a large amount of money, to the candidate, to finance his campaign in exchange for land, for instance. We’ll have the whole thing recorded on cameras. We’ll blank out the face of our guy, and then post it on the internet.

Send some girls around to the candidates house. We have lots of history of things.

We’ve just used a different organization to run a very, very successful project in an Eastern European country where they did a really… no-one even knew they were there. They just drift, they were just ghosted in, did the work, ghosted out and produced, really, really good material. So we have experience in doing this.

We subcontract to them. We use some British companies, we use some Israeli companies. Very effective in intelligence gathering.