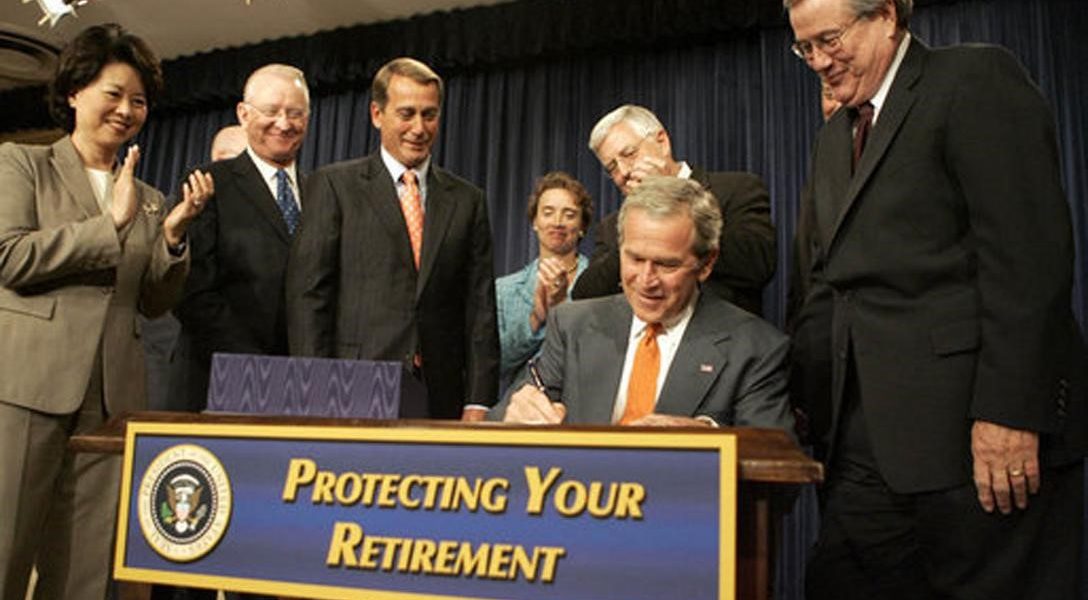 When ABC News ran a story on July 8 about former President George W. Bush pocketing $100,000 for a speech to a group that assists wounded veterans, we at WhoWhatWhy thought, “Hmm, that sounds familiar.” And guess what, it was!

Turns out we covered the story behind ABC’s “scoop” eight months ago. So because we assume ABC would like to know what’s going on in the world a lot sooner, we’ve added them to our news roundup mailing list. You can get in on it too by simply signing up for our newsletter.

As for the story itself, we must admit that things always seem to go W’s way, even when he causes the most horrific problems for others. Consider this: Bush started a war that even his brother Jeb thought was a bad idea (after changing his mind a few times). That war resulted in tens of thousands of injured veterans.

That certainly sounds like a lucrative racket and it’s good that the mainstream media finally got around to reporting on it.