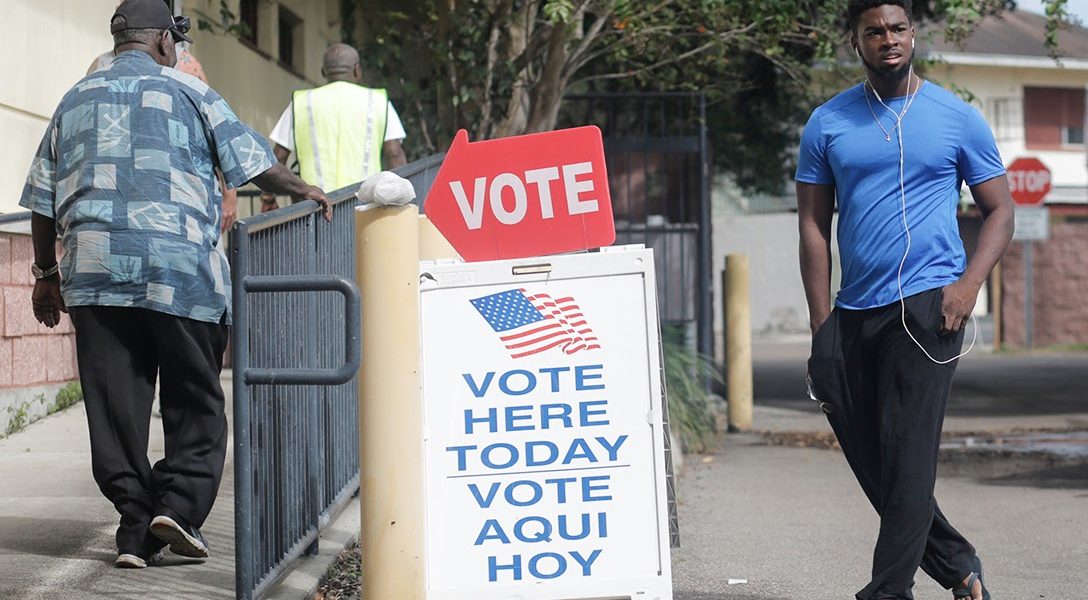 “The State cannot draw blood from a stone.”

That is how a three-judge panel for the US Court of Appeals for the Eleventh Circuit described Florida lawmakers’ attempt to impose fines and fees on formerly incarcerated individuals — many of whom cannot afford to pay such restitution — before they can register to vote.

The unanimous ruling by the Eleventh Circuit Wednesday morning puts voting rights advocates one step closer to ending felon disenfranchisement in the state. In 2018, voters overwhelmingly voted to amend Florida’s constitution and restore voting rights for more than one million former felons. Amendment 4, as it is known, automatically restores such rights “upon completion of all terms of sentence, including parole or probation.”

But Republican lawmakers passed a law (SB 7066) that drastically redefined “completion,” requiring former felons to pay any outstanding fines or fees first. That sparked a lawsuit by a number of civil rights groups: the ACLU, Brennan Center for Justice at NYU Law, the NAACP Legal Defense and Educational Fund, and Campaign Legal Center (CLC).

The ruling also subtly criticized Republican Gov. Ron DeSantis for tweeting last month that “voting is a privilege that should not be taken lightly.”

The court argued that because casting a vote is “nothing other than the opportunity to participate in the collective decision making of a democratic society and to add one’s own perspective to that of his or her fellow citizens … the denial of the opportunity to cast a vote that a person may otherwise be entitled to cast — even once — is an irreparable harm.”

Myrna Perez, director of the Voting Rights and Elections program at the Brennan Center for Justice, called the ruling a “great win for voting rights.”

“The Eleventh Circuit told the state of Florida what the rest of America already knows. You can’t condition the right to vote on a person’s wealth,” Perez said.

The 24th Amendment ended the Jim Crow-era poll taxes, which disproportionately disenfranchised African Americans. Yet, nearly 10 million people owe a total of more than $50 billion in fines and fees related to a felony conviction. And in Florida, a majority of former felons are minorities.

Paul Smith, vice president of CLC, celebrated the ruling and argued that it “affirms our position that lack of wealth cannot be a barrier to one’s ability to vote.”

The court admonished Florida lawmakers in its 78-page decision, ruling that “the [legal financial obligation] requirement is unconstitutional as applied to felons who genuinely cannot pay.”

In the past two decades, nearly half of all states have expanded voting rights to felons in various forms. But Florida lawmakers could not come up with “readily identifiable interest in protection of the ballot box,” the judges wrote, making clear that SB 7066’s intent was to make voting contingent on wealth. The panel affirmed the district court’s ruling that the law also violated the Equal Protection Clause of the Fourteenth Amendment.

“Despite the state’s best efforts to dismantle Amendment 4 through SB 7066, today’s ruling affirms what Floridians intended when they passed Amendment 4 — to restore to returning citizens their right to vote,” said Daniel Tilley, legal director of the ACLU of Florida.

The case, Jones v. DeSantis, will go back to the US District Court for the Northern District of Florida for oral arguments in April to decide whether SB 7066 is indeed an unconstitutional type of voter suppression.

“This law is a modern-day poll tax,” Julie Ebenstein, senior staff attorney with the ACLU’s Voting Rights Project, said, adding that the ruling “recognizes the gravity of elected officials trying to circumvent Amendment 4 to create roadblocks to voting based on wealth.”