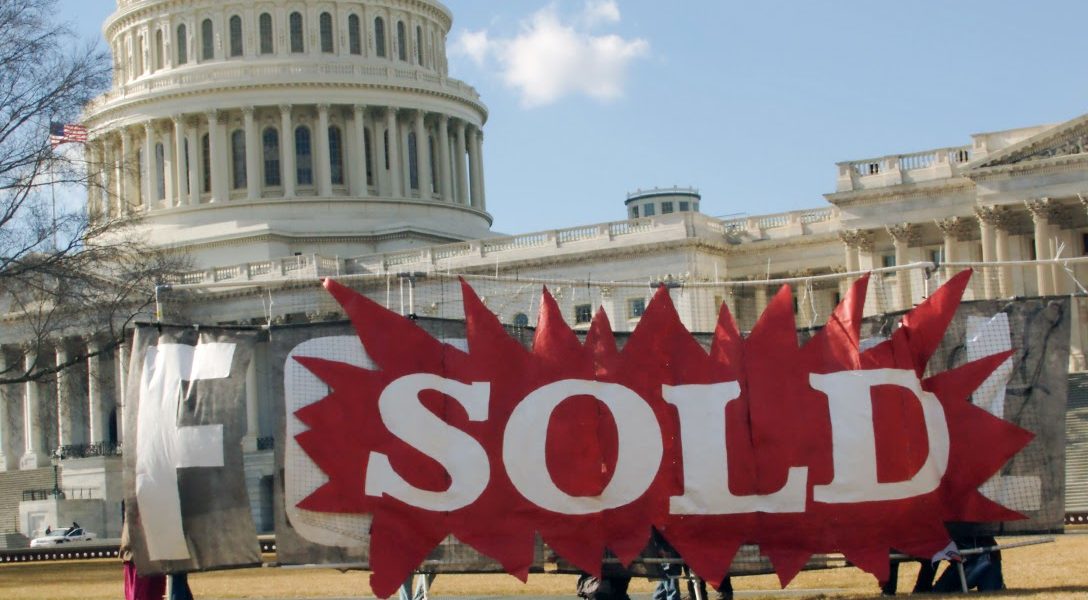 If there is one thing that Sen. Lindsey Graham (R-SC) and his Democratic colleagues can agree on, it is that there is a lot of money being spent in the 2020 election.

Graham, who is facing a tough reelection against Democrat Jaime Harrison, said as much during Judge Amy Coney Barrett’s Supreme Court confirmation hearing:

“I don’t know what’s going on out there, but I can tell you there’s a lot of money being raised in this campaign, and I’d like to know where the hell some of it’s coming from.”

The Trump campaign’s October filing shows that the president has just $63 million on hand while the Biden campaign ended September with $177 million. In fact, Biden has raised nearly $100 million more than Trump since announcing his candidacy. It is not just the candidates that are raising and spending at historic levels — the total cost of the 2020 election is projected to surpass $11 billion.

There is little evidence to suggest that the price of running for office will decrease in the coming years, but lawmakers are beginning to warm up to the idea of more transparency in political spending and donations. How we get there remains up for debate.

Here’s what you need to know about campaign finance:

How much money can I give to a candidate each election?

Any citizen or legal permanent resident may contribute directly to a political campaign, but there are limits to how much a person can donate.

The maximum donation allowed is $2,800 during each election. However, the primary and general elections are treated as separate election cycles, so an individual can contribute $2,800 twice. What does the Federal Election Commission do?

All federal candidates are required to file campaign finance reports and disclose who is donating to their campaign. These reports are sent to the Federal Election Commission (FEC), which was created as a result of the Federal Election Campaign Act and oversees all federal elections. The FEC is an independent regulatory agency that is tasked with administering and enforcing federal campaign finance laws, although it has largely been defanged over the past decade.

The FEC is made up of six commissioners, with no more than three members from one particular political party. There must be at least four commissioners to vote to enforce penalties for campaign finance violations or change campaign finance rules. That is not to say that the proposed enforcement for a violation goes away if there are fewer than four members — there is a five-year statute of limitations, so commissioners can consider recommendations once a quorum is regained.

The agency went without a quorum twice in the past four years, most recently as a result of then-Chair Caroline C. Hunter’s abrupt resignation in June — one month after the confirmation of Texas Republican Trey Trainor that ended a nine-month-long absence of a quorum. There are currently three active commissioners, and Allen Dickerson, President Donald Trump’s latest nominee, has yet to receive a nomination hearing.

What are political action committees?

Political action committees (PACs) are organizations that raise and spend money during elections. Most PACs are created by nonprofit organizations and labor unions, although a growing number of PACs have been established by wealthy individuals and interest groups.

Leadership PACs are owned or operated by a candidate for office and often used to fund other candidates’ campaigns. Leadership PACs may receive up to $5,000 from each donor per year. These types of PACs were traditionally created by the leaders of each political party, although a growing number of members of Congress have their own leadership PACs.

The most controversial type of PAC to emerge in recent years is the super PAC, which can spend and receive an unlimited amount of money in US elections. Coordination between candidates, their campaigns, and super PACs is strictly prohibited under federal law. However, the political reform group Issue One found that legal challenges to various campaign finance laws have resulted in creative and legal loopholes.

“Dark money” groups are often confused with super PACs because they are also allowed to receive unlimited donations. These groups are tax-exempt, most commonly 501(c)(4) social welfare groups or (c)(6) trade associations, that spend more than 50 percent of their funds on electioneering.

“I guess what he’s doing is making that available to super PACs that he cannot legally coordinate with so they can take pieces of it and use it in their pro-McConnell ads,” Stewart said before “having fun” with the footage by adding music to it.

What is Citizens United?

Most campaign finance reform advocates point to the Supreme Court’s 2010 ruling in Citizens United v. FEC as the flashpoint at which political spending began to exponentially increase. The Court’s ruling lifted bans on independent expenditures and electioneering communications by corporations.

The Supreme Court’s ruling limited the kind of laws that Congress can pass regarding contribution and spending limits, Richard Briffault, a top campaign finance expert and Columbia Law School professor, told WhoWhatWhy. There are some limits allowed, but in removing caps on corporate spending, the Court has taken out one of the most significant restrictions.

The main impact of Citizens United, Briffault said, is psychological because corporations tend to spend more money on lobbying for specific issues through their PACs than directly donating to political campaigns. Nonprofit and ideological organizations have largely used this ruling to their advantage.

“Not that much [money] is coming from corporations,” Briffault said. “Most of it’s coming from wealthy individuals.”

What are publicly funded elections?

Running for office is challenging — and very expensive. Very few campaigns rely on public financing to run for office, but there has been growing interest in it.

When businessman Andrew Yang ran for the Democratic presidential nomination, he promoted the idea of “Democracy Dollars.” Yang proposed that every American should receive $100 per year to give to a candidate. This system currently exists in Seattle, WA, and the city claims that it costs the average homeowner $8 per year to fund the program.

“That means you would get a lot of new candidates, and the candidates would be a lot less dependent on large donations,” Briffault said.

What is Congress doing to limit the amount of money in politics?

There have been several attempts to pass campaign finance reforms in recent years. House Democrats passed nearly a dozen bills throughout the past two years, but the Senate has yet to take up any of the bills for consideration.

One of the bills with the most bipartisan support is the Honest Ads Act, which Graham cosponsored. The bill would impose limits on online political advertising and set clear rules for disclosures in digital ads.

Another is the For the People Act of 2019, which passed the House and would impose stricter limits on so-called dark money organizations and reform the FEC. It would also establish publicly funded elections by giving individuals who donate less than $300 to a political campaign a one-time $50 tax credit. Another part of this bill would include overturning Citizens United through a constitutional amendment, but Briffault said that it is very unlikely to happen.

“Not only would you need to get two-thirds of the vote in both houses of Congress, you’d need to get it approved by three-quarters of the states,” Briffault said. “I wouldn’t hold my breath on a constitutional amendment.”

For more of WhoWhatWhy’s work on Protecting Our Vote, see our Student Voter Guide and the rest of our series America Decides 2020. You can also find out the darker secrets behind our voting systems in our recently published e-book Is This Any Way to Vote?: Vulnerable Voting Machines and the Mysterious Industry Behind Them by Celeste Katz Marston and Gabriella Novello, available on Amazon now.