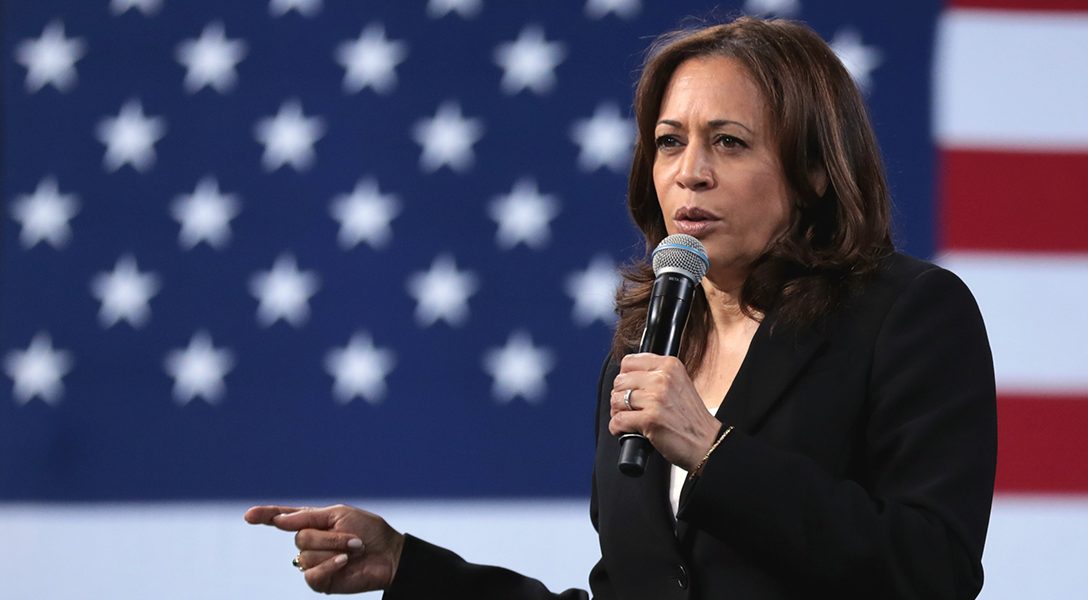 A Presidential Candidate Is Speaking Out About Voter Suppression

Democratic presidential candidates have rarely talked about voting rights and threats to election integrity in recent years, but that appears to be changing. At the same time, House Democrats are making a concerted effort to highlight the problems plaguing US elections — and activists are excited that the issue may finally be getting the attention it deserves.

Sen. Kamala Harris (CA) spelled out what happens when politicians pass laws to discourage African Americans and other minority groups from voting. Speaking before the NAACP in Detroit on Sunday, she charged:

Let’s say this loud and clear — without voter suppression: Stacey Abrams would be the governor of Georgia. Andrew Gillum is the governor of Florida. So we need a new Voting Rights Act.

Harris stressed that the right to vote “is under attack” and noted the devastating impact that voter suppression has on US elections.

Gillum and Abrams, both African Americans, lost their elections by razor-thin margins in states known for suppressing minority voting. Gillum conceded, but Abrams, who continues to press for reform of Georgia’s elections system in court, did not.

As WhoWhatWhy reported extensively ahead of the 2018 election, Georgia was a hotbed for laws and policies that systematically disenfranchised minorities. Many of them were put in place following the Supreme Court’s fateful Shelby County decision that opened the floodgates for states with a history of discrimination to rewrite their election laws without federal oversight..

“There were so many egregious events in Georgia,” Susannah Goodman, director of the election security program at Common Cause, told WhoWhatWhy. “There were just layers upon layers of ways that voters were being disenfranchised.”

Goodman said it is “welcome news” that a presidential candidate is talking about these issues, that the House passed a bill that would make voting easier and elections more secure and that congressional Democrats are holding hearings on election integrity, as they did just last week.

If Harris were to prevail in the primary, she would likely face a man who has very different ideas of what constitutes a threat to elections. When calling Russian President Vladimir Putin Sunday, President Donald Trump did not bring up Russia’s interference in the 2016 election on his behalf.

That race clearly demonstrated that threats to US democracy are no longer just domestic.

This weekend, Trump also seemed to endorse the (very unconstitutional) idea that his first term should be extended by two years because that amount of time was “lost” by special counsel Robert Mueller’s investigation of Russian interference in the election.

It should be pointed out that the president also claimed that these “lost” years were the “most successful first two years of any President in history.”

Despite the tremendous success that I have had as President, including perhaps the greatest ECONOMY and most successful first two years of any President in history, they have stolen two years of my (our) Presidency (Collusion Delusion) that we will never be able to get back…..

Goodman noted that Russia’s interference showed why it is important that the legislation Democrats passed in the House also includes language to protect elections from hackers. However, she pointed out, a US county or state would be no match for a country seeking to attack election systems.

But she sees a silver lining.

“The defense against a nation-state on our voting machines is fortunately low-tech. If voters mark paper ballots, which are then verified, those votes can’t be corrupted with malware,” Goodman said.

“And if those paper ballots are used to check the actual outcomes — with a risk-limiting audit — then we can detect if there was interference and find the correct outcome,” she added. “However, there needs to be political will to give states the resources they need to implement these simple reforms.”

Chiraag Bains, the director of legal strategies at Demos, a progressive public policy organization, also applauded the increased attention that election integrity seems to be getting.

“We are in a moment where there is a great focus on these issues,” he told WhoWhatWhy. “The health and inclusiveness of our democracy are at the center of the debate right now.”

Bains argued that US democracy is facing multiple crises. Foremost among them is the “fundamental issue of millions of people who are not participating in our elections.” This problem disproportionately affects people of color and low-income Americans, said Bains, who added the “crisis of voter suppression is as old as this country.”

He also noted that the most recent election showed that Americans “are in a very different place [politically] than their representatives.” Specifically he pointed out that a lot of pro-democracy ballot initiatives passed across the country that could never have moved through state legislatures.

Eliza Sweren-Becker, counsel in the Democracy Program at the Brennan Center for Justice, echoed that sentiment.

She told WhoWhatWhy that there is “momentum on the state level” for democracy reforms. Noting that young people in particular care about these reforms, Sweren-Becker argued that they are a “winning issue” for politicians.

“Candidates realize that voters care a lot about these issues and that the interest in access to the ballot and fair and free elections crosses the political spectrum,” she said, noting that an amendment in Florida that gave former felons the right to vote received a million more votes than any candidate running for statewide office.

Sweren-Becker also was pleased that House Democrats decided to make comprehensive democracy reform the first bill they introduced. “For the first time in many years, she said, “we have seen a real surge” from Democrats to shore up democracy.