WhoWhatWhy has learned that on January 6, 2021, Taylor Budowich, a Republican operative, aide to Donald Trump Jr., and future spokesperson for Donald J. Trump, took time out from what was a singularly frenetic and explosive day to incorporate a company in California.

Budowich would later find himself under investigation for his role leading up to the Capitol assault that day in Washington.

Little is known about the for-profit California entity, Conservative Strategies Inc., or its purpose. There is no visible sign of any activity by the company. It does not show up in databases where political campaign entities are ordinarily found.

In the weeks, days, and hours leading up to that chilly, overcast January Wednesday,  Budowich, who had been working closely with the president’s eldest son and his now-fiancée, Kimberly Guilfoyle, promoted the “Stop the Steal” rally outside the White House. Weeks of escalating rhetoric hit a climax, with speaker after speaker winding the crowd up with provocative language asserting that the election had been stolen, the republic itself was in danger, and immediate action was required to halt certification of the election. Rudy Giuliani called for “trial by combat.” Donald Trump called for the attendees to head to the Capitol, and the rest is history.

Budowich, who is now Donald Trump’s spokesman, is currently the target of inquiries by the House committee investigating the January 6 events. It is unclear how this 32-year-old landed the position as spokesman for the former United States president and later became director of communications for Trump’s post-presidential organization, Save America. Trump does have a history of addressing high turnover by giving relative unknowns high positions.

Budowich has filed suit to block the committee from subpoenaing his financial records and ordering his testimony beyond what he says is “more than 1700 pages of documents” and “roughly four hours of sworn testimony” he has already provided to the committee. He also sued his bank, J.P. Morgan Chase, seeking to block its production of records, although it has since turned over the information. In response, Budowich said he will file a new motion in court for the documents to be removed from the committee.

It’s therefore interesting to note that Conservative Strategies Inc. is now a co-plaintiff in his suit. 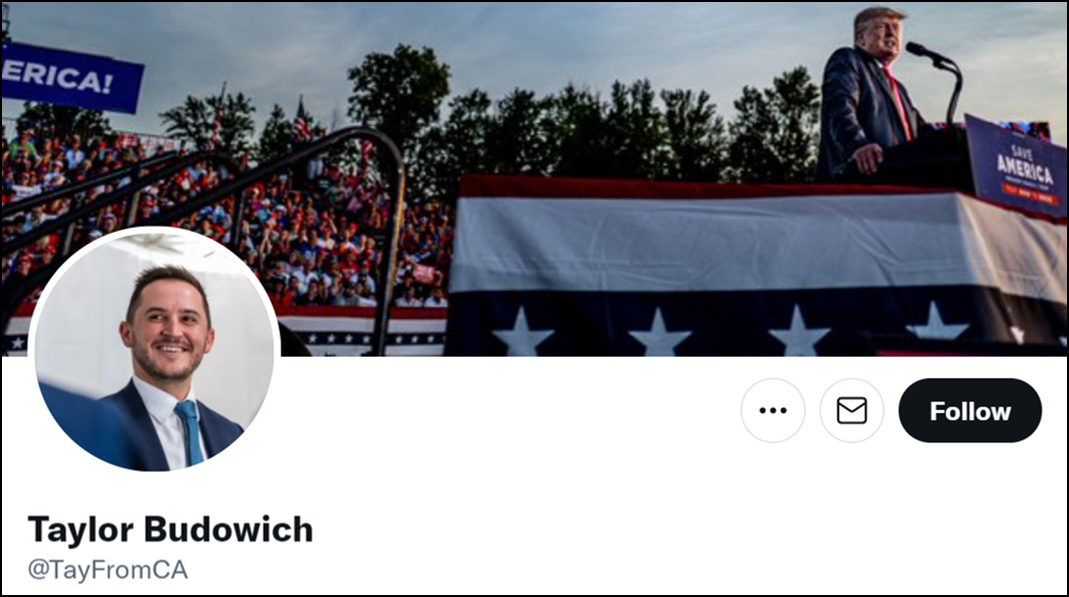 Taylor Budowich lists his title on Twitter as director of communications for Save America and Donald J. Trump, the 45th President of the United States. Photo credit: Twitter Screenshot

The January 6, 2021, filing of articles of incorporation listed only an attorney as the “agent for service of process.” It did not name Budowich, though the address for the corporation is an address associated with Budowich. Budowich’s name first appears on a subsequent filing, a statement of information, filed roughly three weeks later, on January 29, 2021.

Almost a year later, on December 27, 2021, while Budowich was under pressure from the House select committee, his statement of information was slightly modified to correct typographical errors in his answer to “type of business.” This seems to demonstrate that Budowich was focused on the entity both on the day of the Capitol assault and a year later just as he was dealing with his legal peril and pushing back against releasing additional records to the committee.

One question investigators may plan to ask — or may already have asked — is why Budowich created the for-profit entity, why he created it on January 6, and why that entity is now involved in suing the congressional panel and in suppressing the release of financial records. 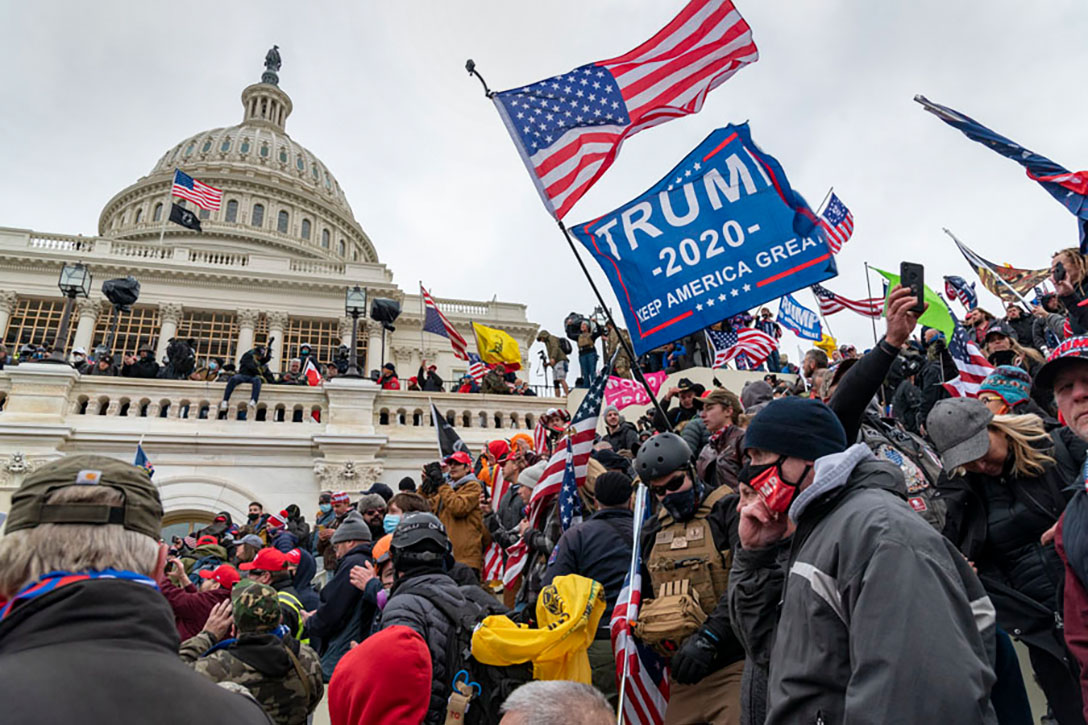 Investigators are looking into the sources of funding for the January 6 rally. ProPublica reported in October that as much as $3 million may have been raised from parties known and unknown, including an heiress to the Publix supermarket chain. Donors apparently wanted to see proof of what their money would buy and were promised a huge crowd; Budowich was a key participant in efforts to build such a crowd, including the use of robocalls and buses.

Although Budowich was not mentioned in the ProPublica article, the publication did provide an update, noting that the House committee, responding to its article, had (as a result of the committee’s own further inquiries) developed a specific interest in Budowich and subpoenaed him, albeit in relation to a nonprofit — not the for-profit that is the subject of this article.

In its letter to Budowich, the committee said it had “reason to believe” that he directed approximately $200,000 to a nonprofit “from a source or sources that was not disclosed to the organization to pay for the advertising campaign” for the January 6 rally. The letter did not provide the name of the nonprofit organization.

Budowich, who became politically active at a young age and served as executive director of the Tea Party Express political action committee, one of the most successful of the “citizen uprisings” founded during the Obama presidency, could be considered an expert in orchestrating such happenings, including navigating the risks and financial opportunities.

Typically, if the purpose of a new company was to create a vehicle for receiving payment for services related to the rally, the entity would be established well in advance of the event, when monies were being raised and spent. Setting up a corporation the same day as the melee, and making that corporation a co-plaintiff in blocking the release of financial records, suggests that it may have been created expressly to shield information and/or funds.

“This kind of thing goes on all the time,” said Jay Adkisson, an attorney specializing in asset protection and author of a book on the topic. He compared Budowich’s actions in abruptly setting up a for-profit company with steps taken by an individual facing a sudden risk. “Somebody gets into a car accident and thinks they will get sued — goes right to a lawyer and asks them to set something up to protect them.”

Adkisson said that if there were to be a judgment against Budowich, funds that had been moved through the corporation could be designated a “fraudulent transfer” and so “clawed back” by the government or a private plaintiff for collection.

Given that Budowich was subsequently elevated to being Donald Trump’s spokesperson, the story of his for-profit and its founding on January 6 could have broader implications and consequences.

Budowich did not respond to multiple requests for comment.