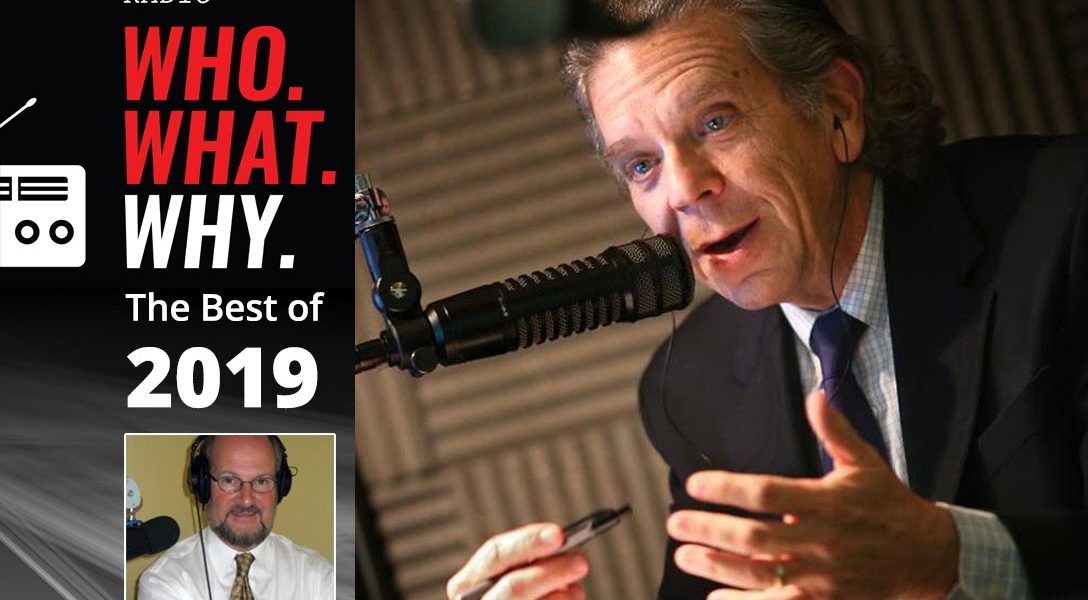 Podcasts have become the conversations that shape our perception of the world… more than television ever could. The intimacy of voices in your car, in your earbuds, in the dark of night brings us a special connection with the issues that we care about.

This year WhoWhatWhy has been proud to deliver to you 63 podcasts from professors, authors, political activists, entrepreneurs, US senators, investigative journalists, economists, members of the House of Representatives, scientists, and thought leaders.

Picking our ten favorites is never an easy task. Of course, you can pick your own favorites, and listen again, by going to our podcast page. Below, we have curated a list that we think reflects both what we’ve all been through this past year and anticipates where we’re headed in 2020.

Here are the first five of our favorites. Next Friday we will bring you five more.

A penetrating look into the transformative influence of black feminist political strategy and principles in mainstream US politics, especially since the 2016 election. TURNS OUT THERE WERE TWO SEPARATE CIA TORTURE PROGRAMS

Jeff Kaye exposes a second rendition and interrogation program, and argues that one of them amounted to human experimentation. WHY CLIMATE CHANGE IS NOT JUST AN ENVIRONMENTAL ISSUE

Mike Berners-Lee looks at ways our global problems and challenges are connected. EVERYTHING YOU KNOW ABOUT CHARLES MANSON IS WRONG!

The stunning results of a 20-year investigation into Charles Manson, the CIA, corrupt prosecutors, and the secret history of the sixties. SOCIALISM VS. CAPITALISM… WE’RE HAVING THE WRONG DEBATE

A look at how the excesses of capitalism have taken over everything from the lines at Disneyland to the carpool lane of your daily commute.