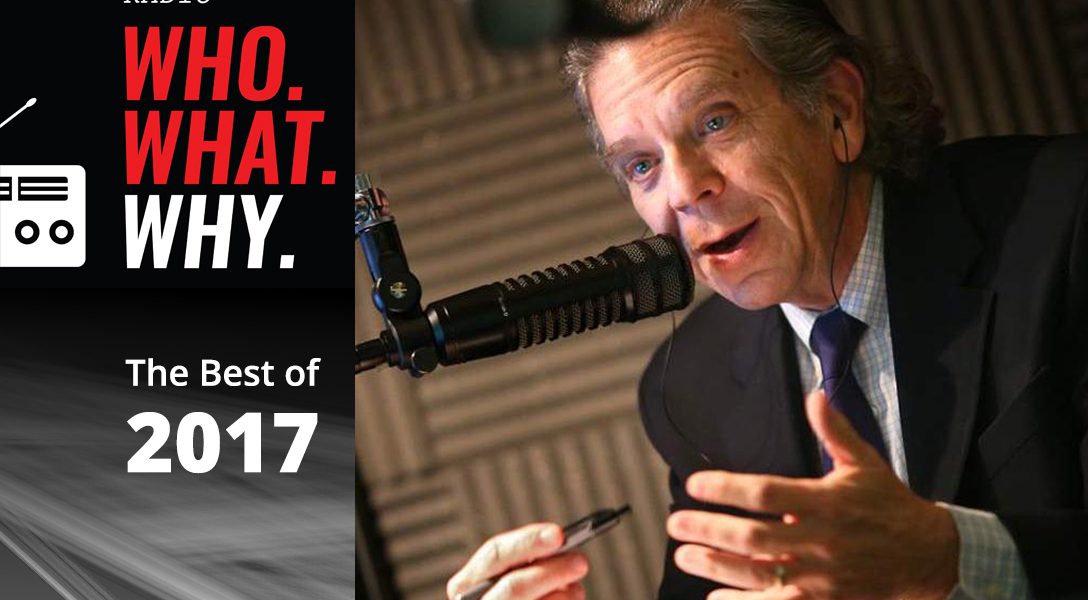 Conversation Is Not Dead — At Least Not At WhoWhatWhy

Our Friday podcasts have quickly become a favorite among our readers. Week after week, host Jeff Schechtman has conversations with some of the most interesting people in the world and takes on the most important topics of the day.

If you are not a regular listener yet, we have compiled a small sample of some of the podcasts you may have missed. Forty-six years after the release of the Pentagon Papers, Ellsberg reveals another set of documents on how nuclear war might have been waged in the 1950s and 60s. The assassination of President John F. Kennedy, and particularly its aftermath, was the first in a series of high-profile events that triggered an increased level of distrust of government among Americans. The ripples from that day have now turned into a wave, author David Talbot argues. Did the Greek Financial Crisis Give us Brexit and Trump?

Economist and former Greek finance minister Yanis Varoufakis blows the whistle on a crisis that led to an international cover-up directed by a circle of incompetent bureaucrats. This past week, you may have seen financier Bill Browder everywhere. However, as far back as May of 2015, and then again in March of this year, WhoWhatWhy spoke to Browder about Russian intentions and methods. The Intellectual Underpinning of a “Mean” Republican Party

How a Nobel Prize winning economist teamed up with Charles Koch to create today’s GOP agenda. What WhoWhatWhy has been telling you for years is now being corroborated. In an explosive new book, journalist Michele McPhee deconstructs the government’s official narrative on the Boston Marathon bombing. We talk with her about what she found and what it all means. WhoWhatWhy’s investigation of how the FBI may not be in a position to reveal all it knows about Donald Trump’s Russia connections caused quite a splash. Find out why it matters and get a behind-the-scenes look in this interview with two of the story’s authors. John Kiriakou was a 15-year CIA veteran before he exposed its torture program. Today he analyzes an agency unchecked by oversight and whose power is underestimated by the Trump administration. Fifteen years after its creation, the TSA is a toxic snake pit of corruption and retaliation — which is very dangerous for the public. Barrett Brown talks with CIA whistleblower John Kiriakou and with Suzie Dawson, the head of New Zealand’s Internet Party. Brown also offers a brief commentary on what he thinks of the current “rule of law.”