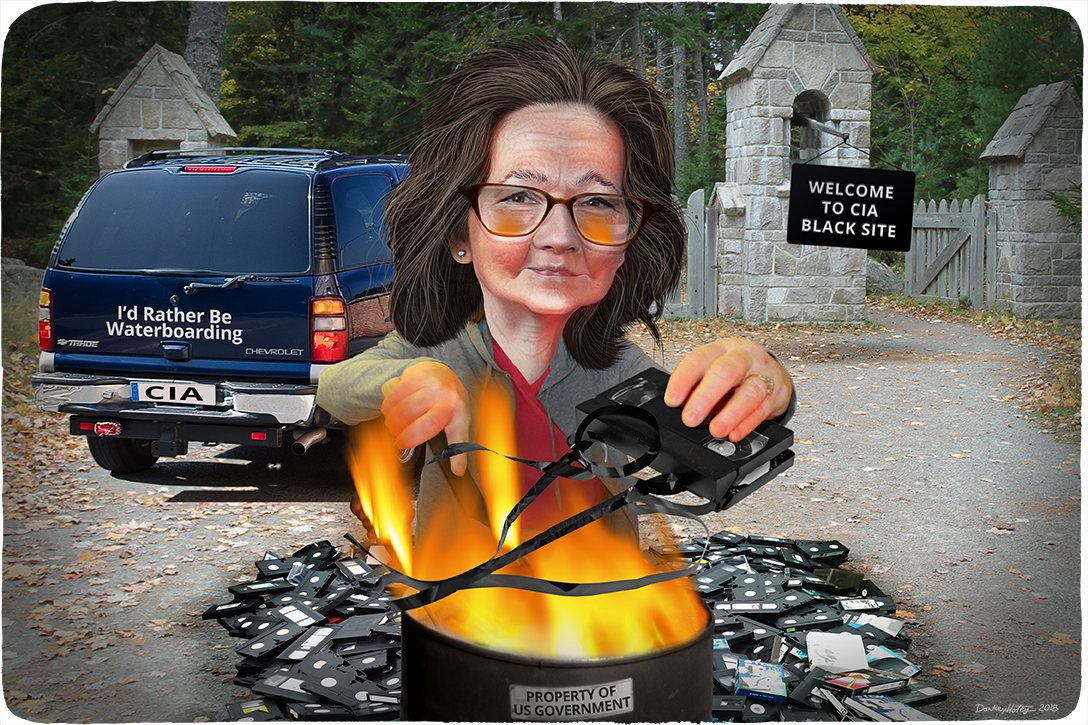 Will the Senate Become a War Crimes Kangaroo Court?

Sometime in the near future, a select group of US senators will get the rare chance to question an individual who has violated US and international law — specifically the United Nations Convention against Torture. Even better, this war criminal will be forced to testify under oath.

Unfortunately, the senators will probably screw up a golden opportunity to do the right thing. That’s because the person in question is not the “Butcher of Belgrade” or the “Mangler of Mosul,” but rather “Bloody Gina,” aka Gina Haspel, President Donald Trump’s nominee to run the CIA. Highlights of her long clandestine career include running a black site prison in Thailand where detainees were tortured, and playing a key role in destroying evidence of those heinous acts.

It’s clear what should happen: When Haspel testifies, senators should grill her about the CIA’s torture program. They should state, unequivocally, that it was wrong and one of the darkest chapters in recent US history. And then they should vote to reject the nomination — unanimously. Preferably, Haspel would then be put on trial, get convicted, and thrown in a jail that will undoubtedly be much nicer than the one she oversaw.

Unfortunately, that is not how things work in today’s America. Because there is no accountability for crimes and misdeeds committed by those in power.

People like Haspel and John Bolton, the newly appointed national security adviser and a major cheerleader for the invasion of Iraq, are rewarded with top national security posts. But somebody like John Kiriakou, who blew the whistle on the CIA torture program, ends up going to prison.

Then there is the case of James Clapper, the former Director of National Intelligence. Earlier this month, the statute of limitations ran out on him lying to Congress under oath about the mass collection of the data of Americans.

On the other hand, Edward Snowden, who exposed the NSA’s unconstitutional bulk data collection program, is still on the run from US authorities. Snowden has even said that he would return if he were guaranteed a fair trial.

But there’s a lack of accountability on more issues than “national security.”

As we wrote two weeks ago, Kansas Secretary of State Kris Kobach was in court defending one of his voter suppression schemes. This one was about requiring voters to present proof of citizenship at the time of registering to vote, instead of merely swearing — under the threat of committing perjury — that they are citizens.

The trial has now ended and the judge has not ruled yet. However, experts who have followed the trial believe it is unlikely that Kobach will win. He and his team were embarrassed in court, and neither evidence nor testimony backed up his claims that huge numbers of ineligible immigrants voted fraudulently.

But the worst thing that is going to happen to Kobach will be that he loses the case and goes back to the drawing board, cooking up some other way to keep non-Republicans from voting. Worst of all, it’ll take the courts years to stop him, as was the case here.

The ACLU estimates that 35,000 people were blocked from registering between 2013 and 2016 because of the law. Kobach effectively prevented them from voting, which would be highly illegal — and punishable by up to a year behind bars — if a poll worker were to attempt it in just a single case.

And yet everybody knows that Kobach will try again, and that Bolton will push for some new military action now that he has the president’s ear, and that Haspel has never expressed remorse for the role she played in the torture program.

And none of them will ever be held accountable for the damage they have done in the past or will do in the future.