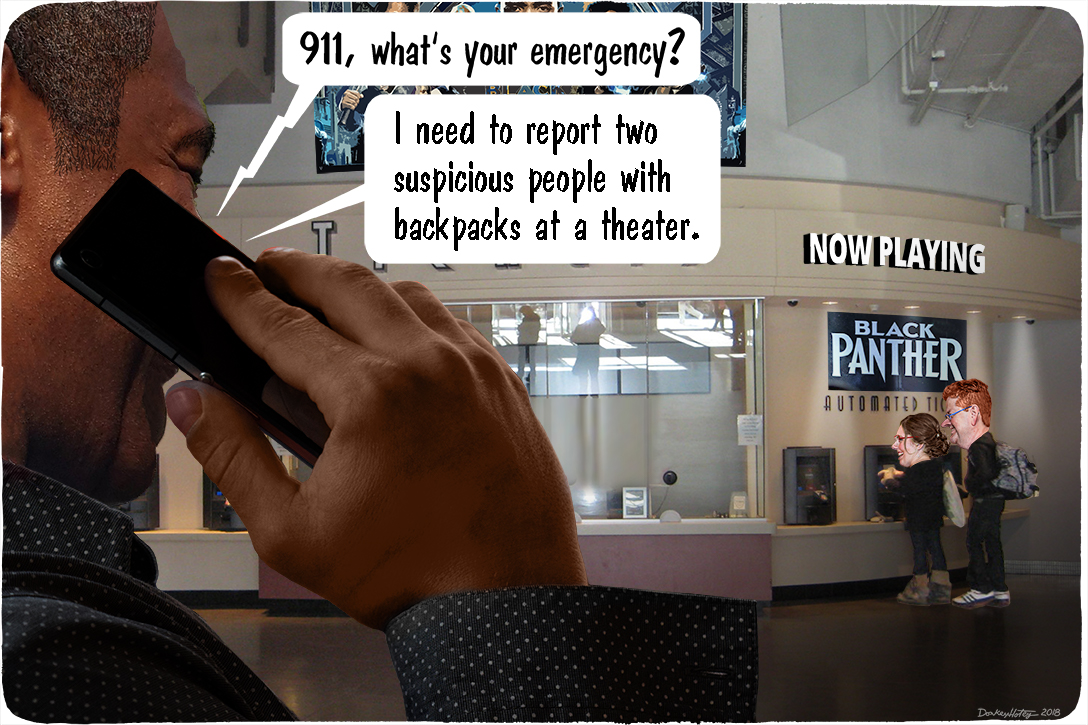 Later this month, Starbucks will close the 8,000 stores it owns within the US for one afternoon to provide “racial bias training” to its nearly 150,000 employees. Let’s see how things work out. If the training is successful, maybe the entire country should shut down for a bit, take a long hard look in the mirror, and do some racial bias education of its own.

It is certainly much needed, as a spate of recent news reports have shown. In the wake of the incident in Philadelphia that prompted Starbucks to take this action, there has been a series of highly publicized cases in which whites have called the cops on people of color for doing totally normal and completely legal things — like sleeping in the common room of a dorm, playing golf in a country club they were members of, taking a campus tour, barbecuing, moving into a new apartment, or fixing up a house.

There is no reason to believe that these incidents suddenly started happening following the Starbucks case, in which an employee called 911 on two black men who were waiting for another person before ordering. It’s simply that there is now an increased awareness of this type of racial profiling taking place in America every day. In addition, the prevalence of cell phone cameras has helped record and expose these situations.

Now, we have to figure out how to put a stop to them. Because it’s only a matter of time before one of these incidents spins out of control and somebody ends up getting killed for doing absolutely nothing wrong — and that somebody will almost certainly not be the person who called 911.

If you think this is an exaggeration, then take the case of Tamir Rice, the 12-year-old boy who was killed by the police in Cleveland while holding a toy gun. Why were the cops on the scene? Because somebody called them. Yes, obviously Rice was holding something that actually looked like a real gun, but cops have shot blacks for far less, so it isn’t a stretch that, at some point in 2018, one of these situations will go horribly wrong.

The best way to put a stop to this would be to end racism in the US, but that’s clearly not happening.

Another solution that initially sounds like fun would be to start calling the cops on whites who are just going about their business. It would be even better to target racists like the guy who threatened to call immigration officials on restaurant workers for the suspicious activity of speaking Spanish. That might get lawmakers to react — because it seems as though problems affecting whites prompt solutions much quicker than issues facing people of color.

Just compare the crack epidemic of the 1980s, which primarily affected minorities, to the current opioid crisis, which is a major problem in white communities. Back then, the government’s response was all about tougher sentencing guidelines. Now, it’s focused on research and treatment options.

So, if people of color did start calling the cops on whites for “acting suspiciously” while doing things like buying a movie ticket, sitting on a bench, or playing tennis, then there might just be a law passed rather quickly putting some kind of sanctions on frivolous 911 calls.

However, that’s not an ideal solution because, while cops seem to show greater restraint when it comes to white suspects, somebody could still end up getting hurt and the police should be available to respond to actual crimes.

That’s why it would be nice if we could come up with a set of rules for when it is OK to call the police on somebody else, and what kind of consequences there should be if somebody is just being a racist and trying to harass somebody, who is simply golfing/moving/walking/barbecuing/sitting/sleeping while black or brown.