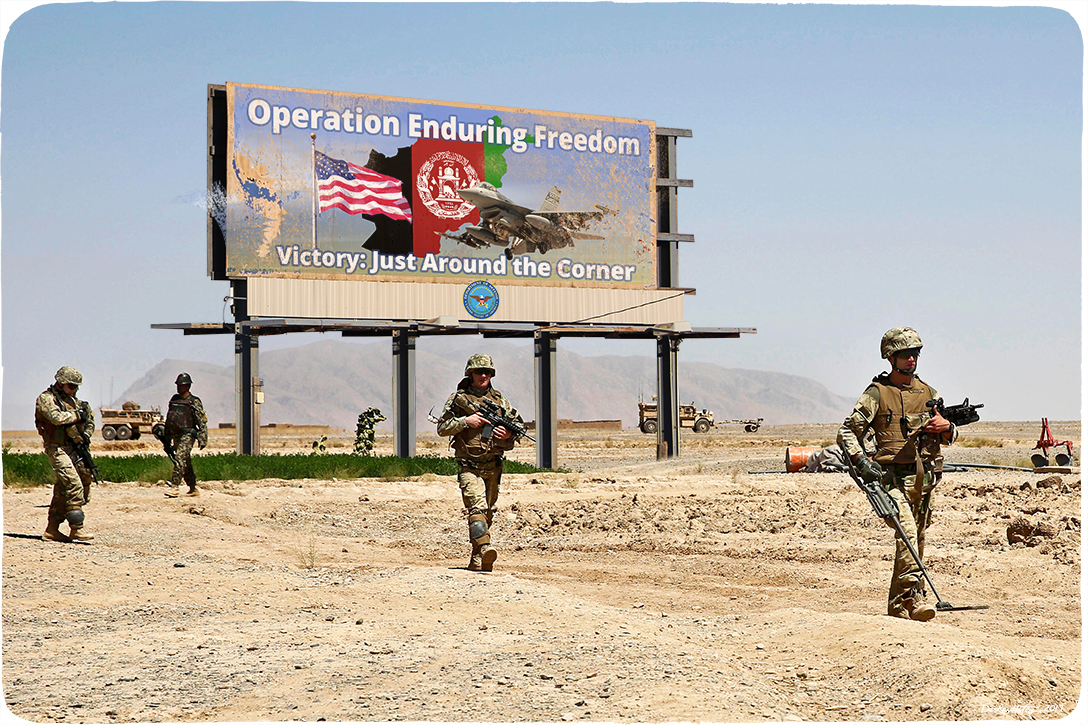 Then I get angry.

I get angry because these reunions are as touching as they are senseless.

Sixteen years ago yesterday, the US-led invasion of Afghanistan began. Since then, nothing has been gained but so much has been lost.

Thousands of American soldiers — as well as hundreds of thousands of civilians — have been killed. Many more returned irreparably damaged. They might have come home but their limbs — and often their mental health — have remained behind on the battlefields of Afghanistan and Iraq.

What did they get in return for their sacrifice? Not much. Members of the armed forces are neither well-paid nor particularly well-cared-for once they return home. As WhoWhatWhy has pointed out, one US veteran commits suicide roughly every hour.

The war has also taken a brutal toll on the families of service members. You can see it in those videos. More than 2.5 million American men and women have served in Afghanistan and Iraq. That means hundreds of thousands of families have been torn apart — many of them forever. In addition, countless children had to spend part of their formative years without their mom or dad, constantly worrying about whether they would see their parent again. Think of the strain that places on families.

And all that for what?

The US isn’t one bit safer. Neither is the Middle East. In fact, the region seems much-less stable now than it was 16 years ago, and the worldwide threat of terrorism has only increased.

Americans are being told that their liberties are under attack — and that the troops are defending them abroad. But the only people who have taken anybody’s freedoms away are sitting in the halls of power in Washington.

They happen to be the same people who apparently never have seen a war they didn’t like — regardless of the consequences for millions of Americans and their families.

So excuse me if I can’t get upset about NFL players supposedly “disrespecting the troops” by taking a knee to protest an injustice. Personally, I can’t think of anything more disrespectful to the men and women in uniform than sending them into harm’s way to fight endless wars with no objective.