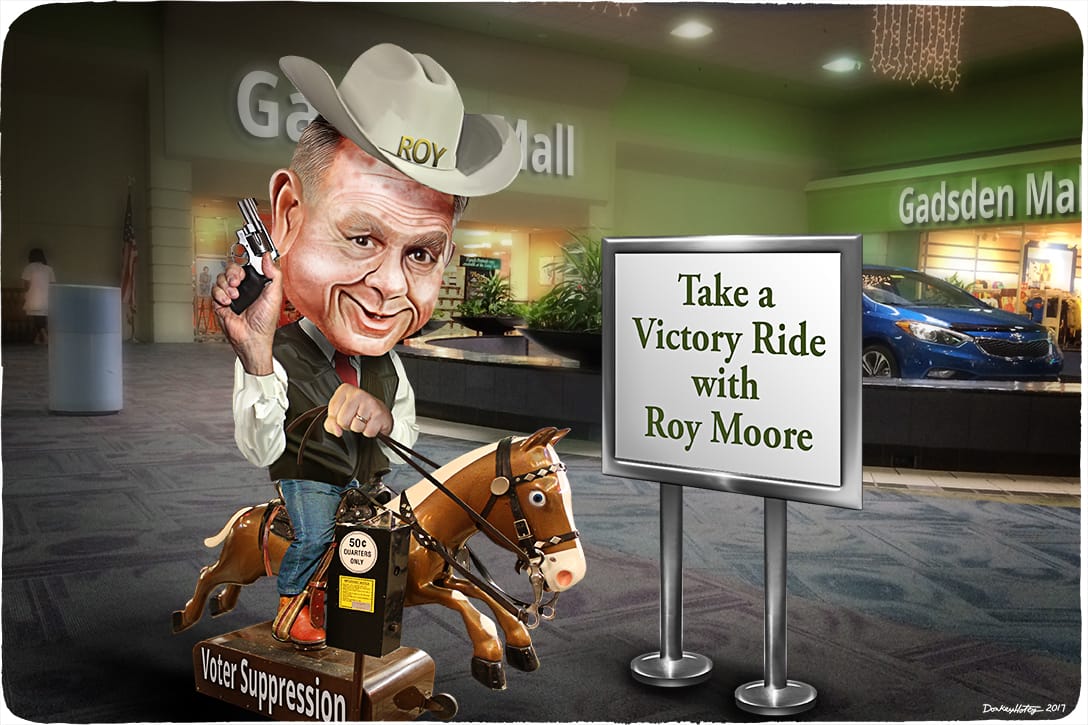 I still remember what I thought when I found out two years ago that Alabama planned to shut down 31 DMV offices, and that the closures would primarily affect counties with large minority populations: “Why would anybody need to suppress the vote in Alabama?”

Heading into Tuesday’s special Senate election, the race between Republican Roy Moore and Democrat Doug Jones is still too close to call. It is conceivable that a few thousands votes will make the difference when all the ballots have been counted.

In a state like Alabama, that means voter suppression will play a role in the outcome.

So what do DMV offices have to do with Tuesday’s elections? After the 2013 Shelby County v. Holder decision gutted the Voting Rights Act, states with a history of discriminating against minorities were allowed to pass new election laws without being subject to Department of Justice scrutiny. Many of them, like Alabama, quickly moved to change voter ID laws.

Then, under the pretense of wanting to save up to $300,000, the Republican governor announced the closure of the DMV offices. The real effect, however, was that it became more difficult for minorities to get driver’s licenses, i.e., the type of state-issued photo ID required to vote.

In this case, the voter suppression effort was exposed. Following news reports, a public outcry and the involvement of the federal Department of Transportation — which determined that the closures disproportionately affected minorities — some of them were reversed.

It is not the only way the vote in Alabama will be suppressed Tuesday. The state also closed a significant number of polling stations, meaning that some voters will face longer lines. This could not only discourage a few of them from voting, but could simply make it impossible for others, e.g., those who were hoping to cast a ballot while going from one job to another.

It should come as no surprise that research has shown African-Americans face longer lines. In fact, they are six times more likely than whites to have to wait for an hour or more.

And these are only some of the things we know about. It is very likely that there are lots of other hidden schemes in play that will end up preventing eligible Alabamians from casting a vote in this election.

The people trying to fight terrorism often say that their job is incredibly tough because they have to be right every time while the terrorists only have to be lucky once to succeed. It’s like that with the insidious suppressors of votes.

They constantly come up with new ways of denying Americans the right to vote. And even when they are caught, it often takes years of legal battles to reverse their actions.

Unfortunately, this battle for the heart of American democracy is largely waged in obscurity. The heroes in this fight are journalists who expose these practices, and activists who fight them in court. Its villains are state legislators and officials such as Kansas Secretary of State Kris Kobach, who will go to any length to cling to power — even if that means denying eligible Americans the right to vote.

And the stakes are high, as we will see Tuesday night.

Voter suppression might make the difference on whether a credibly-accused child molester — who said the last time America was great was before the Civil War — gets elected.

There might not be a more powerful illustration as to why Americans need to start caring about this.