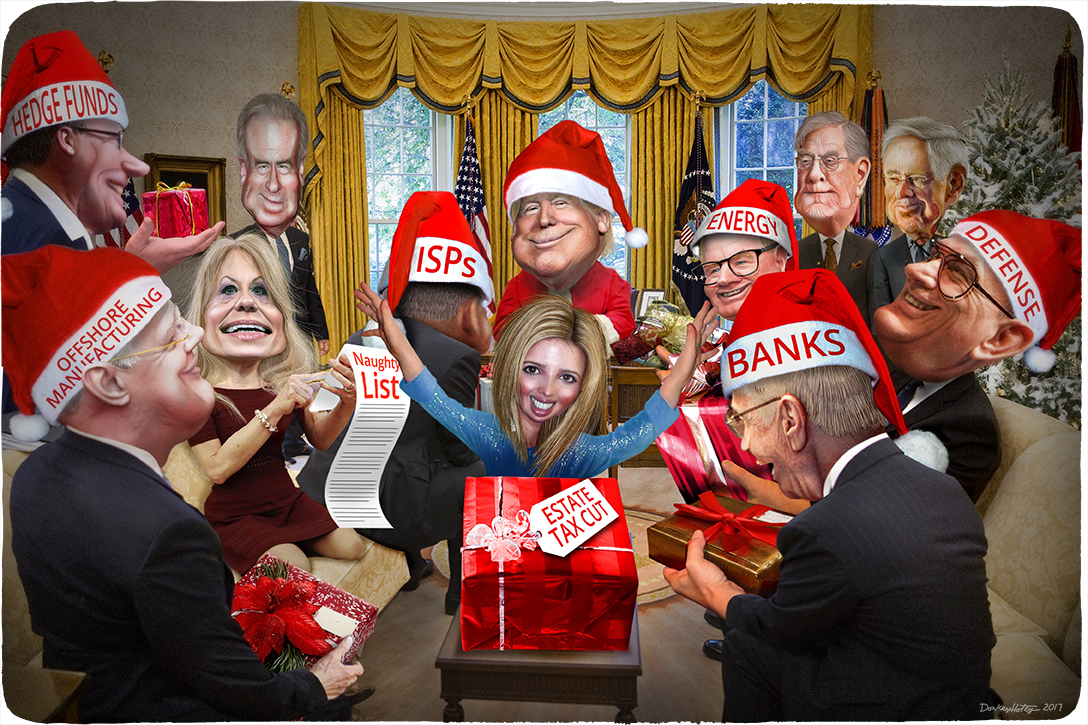 A Visit from St. Donald

Because after a year of chaos, the GOP one promise had kept.

They rewarded the Koch brothers and all their friends,

Speaker Ryan stuck it to regular Americans and worsened their plight.

The richest got gifts and the rest a surprise,

As the individual mandate repeal will cause premiums to rise.

To obscure the bill’s true nature and to ensure reelection,

Its authors came up with a great piece of deception.

Is actually a mirage that will soon disappear.

While the windfall for corporations is here to stay,

The “cut” for American families will soon go away.

To those in the know, this trickery is obscene,

But Republicans hope it will buy votes in 2018.

And what about the commander in chief,

Who claims that the law will grant him no financial relief?

The kind only his most loyal supporters might buy.

As nobody who knows Trump would find at all shocking,

The president has managed to stuff his own stocking.

So let us exclaim before you enjoy Christmas night

That this tax reform bill is a big piece of shite.