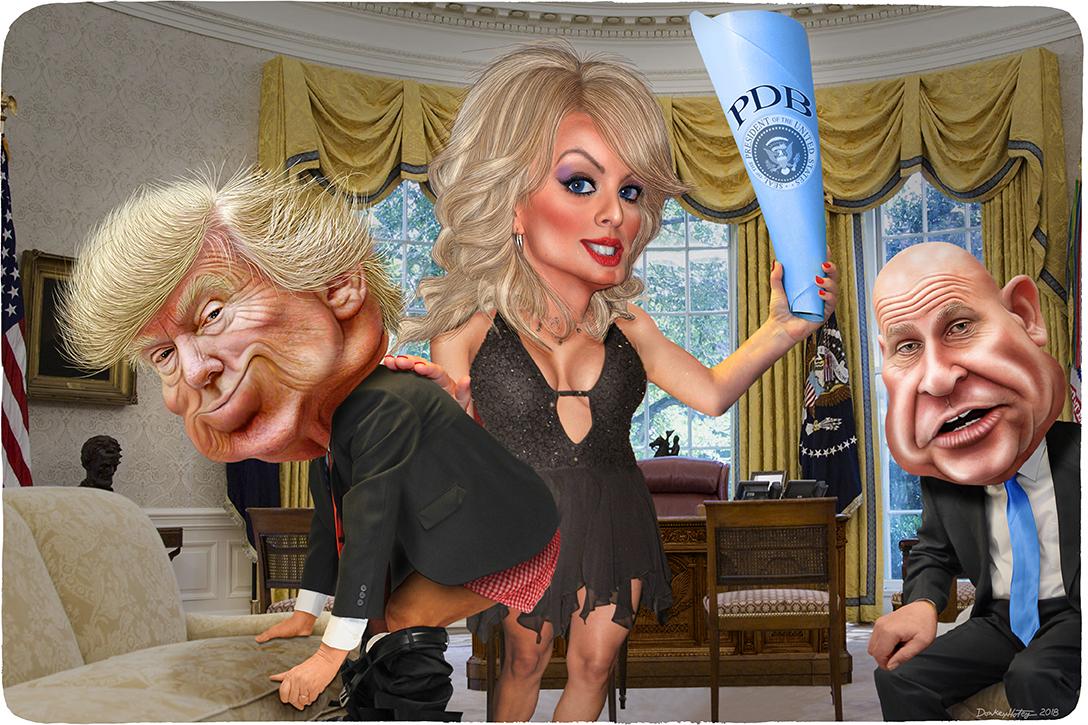 It turns out, however, that if your name is Donald Trump and you have already successfully broken every other rule in the book, hardly anybody is going to bat an eye when it is reported that you had a tryst with one of the stars of Trailer Trash Nurses 6.

While the current president has rewritten the political rule book in a lot of negative ways, in this case it might be good that his reported affair with Stormy Daniels — or the dalliance that former playmate Karen McDougal said she had with Trump at about the same time — isn’t a huge deal. Because it shouldn’t be.

We don’t know and, quite frankly, we don’t deserve to know. It’s certainly a story that the media should report but we shouldn’t obsess over it. Ultimately, this is a private issue and none of our business.

In theory, a case can be made that a candidate’s character matters. Actually, it should matter. But most voters have shown that it doesn’t — at least not when the character of “their” candidate is in question, as we have pointed out before.

Ironically, the people who have figured this out are the Christian conservatives.

“Evangelicals and conservatives have fallen for guys who talk right about the issues — we’ve elected them time and again and we didn’t get anything out of it,” Frank Cannon, the president of the conservative American Principle Project, told The Hill. “[Trump] is a guy who comes from a crass political world. He doesn’t have the rhetoric or the biography so he knows he has to deliver for us to keep our support and he’s done that.”

As with so many things in politics, both sides are hypocrites when they point fingers and preach morality. Just as evangelical Christians are looking the other way now, Catholics did the same thing when “their” President, John F. Kennedy, was in office.

“This is not a guy I want to be my pastor,” Cannon said. “But being a pastor isn’t the job.”

He is right, of course. And for the country, it’s great that the religious right does not just feel this way but is also not shy to talk about it. If Christian conservatives can admit that the values they preach are less important than getting results, that means, hopefully, we can pay less attention to what political candidates do on their own time as long as it is legal.

There is a lot of “Whataboutism” these days, the concept of justifying the bad behavior of one’s own candidate by comparing it to that of an opponent.

On the right, Trump’s behavior should kill “Whataboutism.” It’s perfectly acceptable that conservatives don’t want to criticize their own candidate for anything ranging from extramarital affairs to lying to saying racist things.

But then they can’t ever turn around and point a finger at their opponents for doing similar things.

On the left, anybody who defended what President Bill Clinton did to, and with, Monica Lewinsky is in no position to criticize Trump for the affair.

But those things also shouldn’t define their presidencies. Morality matters, but saints who run the country into the ground would make worse leaders than certain adulterers who make the US better for all of its people.

There are plenty of things to criticize Trump for, but the condemnation of his adultery should only be coming from the first lady. The voters should focus on his record.