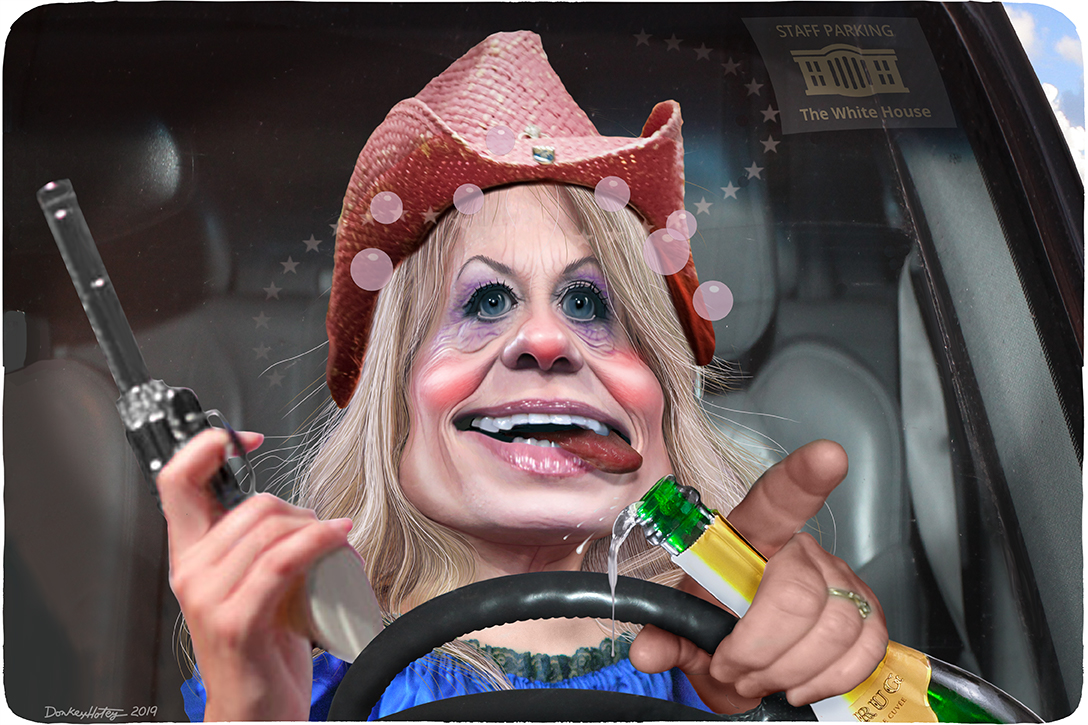 The Rule of Outlaws

Imagine somebody getting pulled over for driving erratically.

It turns out that this person’s blood alcohol level is three times the legal limit. The cops charge them with a DUI and tell them to get out of the car. But instead of complying, the driver, slurring their speech, just says: “I don’t think so. I drive very well when I’m drunk and I need to get going. Also, I really don’t think drunk driving should be illegal, so I’ll just be on my way.” And then they drive off into the night with the car swaying from side to side.

If you think this sounds like a far-fetched scenario, then you would be wrong — because that is essentially what White House counsel Kellyanne Conway is doing right now. And she is not alone.

In March, the Office of the Special Counsel (OSC) sent a letter to President Donald Trump, informing him that Conway had violated the Hatch Act. The law prohibits federal employees from using government resources or their authority and influence for partisan political campaigning. For example, you can’t send a fundraising email from your government account or make phone calls on behalf of a candidate while at work.

Initially, OSC found that Conway violated this law by appearing on Fox and Friends and CNN’s New Day, urging voters to elect Roy Moore in the Alabama Senate race in late 2017. She had been briefed extensively on the Hatch Act and, during the interviews, it actually appeared that she was aware of the things she should and shouldn’t say but, in the end, she just didn’t care.

Conway then disregarded multiple deadlines to respond to the findings of investigators, who notified Trump of the results of their investigation so that he could take “appropriate disciplinary action.”

In what should come as no surprise to anybody who has followed this lawless and corrupt administration, the president did nothing.

In a subsequent report, which outlined further Hatch Act violations by Conway, OSC was more direct.

“Ms. Conway’s violations, if left unpunished, would send a message to all federal employees that they need not abide by the Hatch Act’s restrictions,” special counsel Henry Kerner said in a June 12 letter to Trump.

“Her actions thus erode the principal foundation of our democratic system — the rule of law.”

In the letter, OSC suggested that Conway should be fired. The president, again, did nothing. Well, that’s not entirely true, because the White House attacked OSC and suggested it was “influenced by media pressure and liberal organizations.” In addition, White House deputy press secretary Steven Groves said “perhaps OSC should be mindful of its own mandate to act in a fair, impartial, non-political manner, and not misinterpret or weaponize the Hatch Act.”

It should be noted that Kerner, the man who heads OSC, formerly worked as a GOP congressional staffer and was nominated by Trump.

The House Oversight Committee then invited Conway to testify on the issue and, after she did not show up, voted to subpoena her on Wednesday.

The problem with all of this is apparent — and maybe it is just a symptom of something that has been festering for a while: It’s really no longer accurate to say the US is governed by the rule of law.

The president is a crook, his staff brazenly disregards laws, he dangles pardons in front of indicted former associates, and is considering pardoning war criminals. And while many companies are not breaking the law, they don’t have to because they helped write them, which means they no longer pay their fair share of taxes — if they pay any at all. And they don’t have to comply with regulations, e.g. to protect the environment, because those are being dismantled.

At the same time, the vast majority of Americans are at the mercy of a justice system that is stacked against them.

There is no longer a rule of law. There is only a rule of outlaws — those with money and power, like Conway — and the subjugation of everybody else.