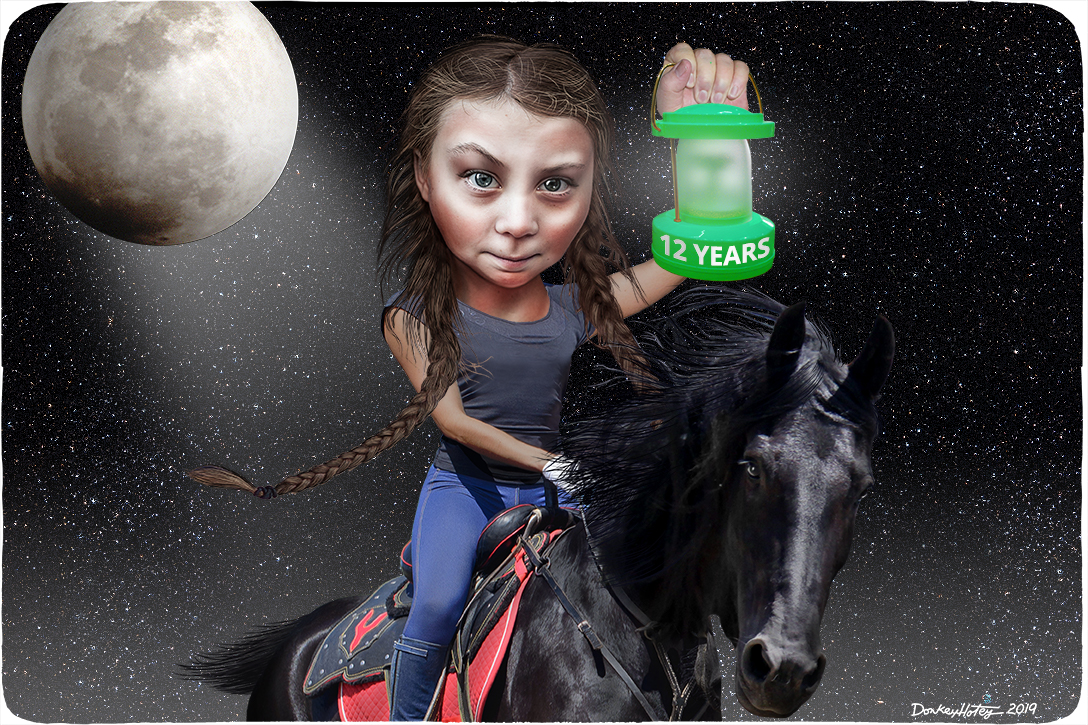 The Paul Revere of Our Times

Everybody knows Aesop’s fable of “The Boy Who Cried Wolf” — the story of a young shepherd who repeatedly pretends his flock is being attacked by wolves to play a prank on his neighbors. Then, when a wolf actually does show up, nobody believes him — and his sheep are eaten.

The latter is kind of what we are facing now with climate change. The wolf is already there, eating the sheep and destroying the livelihood of the village — yet nobody is lifting a finger.

One of the reasons climate change is unlike anything humanity has ever faced is that it seems so unreal. The problem is too big and the solutions seem too difficult. It’s tough for people to wrap their heads around it, so lots of them simply live in denial. It’s just easier that way.

“It’s cold outside today, so how can the planet be warming?”

“I’m just one person. Even if I do something it won’t stop global warming.”

“I have definitive proof that the Earth is not getting hotter.” (That would be the lobbyist working for the fossil fuel industry).

It’s impossible to compare it to any other challenge in history. Back in the day, when there was a huge threat, it was front and center and there was no way around it. When much of the world worked together to stop Nazi Germany and its allies, the danger was apparent.

Eventually, nobody could pretend that it didn’t exist — even though some people tried.

However, there is a good example that serves as an apt comparison. We just have to play around with history a little bit and imagine what would have happened if people had put their heads in the sand then, as they are doing it now.

One of the iconic moments in US history is the ride of Paul Revere, who evaded capture several times on the evening of April 18, 1775, to alert his fellow colonists of an impending British attack. This gave the militia enough time to organize and gather the forces necessary to defeat the British at the battle of Lexington and Concord — the first major skirmish of what would later become known as the Revolutionary War. That first victory was the cornerstone of American independence.

But what would have happened if Revere’s message had been met with the same indifference, skepticism, and denial as climate change is now?

“The British? Really? That sounds like a hoax, Paul.”

“I saw a British guy yesterday and he had no weapon, so I don’t think there are British troops around.”

“The British empire is so big, there are so many of them and they are so well armed. What can I possibly do if they want to attack us?”

“I know for a fact that the British are not coming.” (This would have been the reaction from the loyalist who was on the British payroll.)

If that had been the prevailing response to Revere’s warning, the American Revolution would have ended before it ever began and the “Slaughter at Lexington and Concord” would have been just another chapter in British history that describes how an uprising by a handful of colonists was violently put down.

Keep that in mind when you listen to today’s Paul Revere. She is a little Swedish teenager named Greta Thunberg, and her message is even more important. Fortunately, she isn’t riding alone at midnight. Instead, her voice is backed up by a chorus of millions of kids. And if we don’t heed their urgent warning, it will be at their peril.