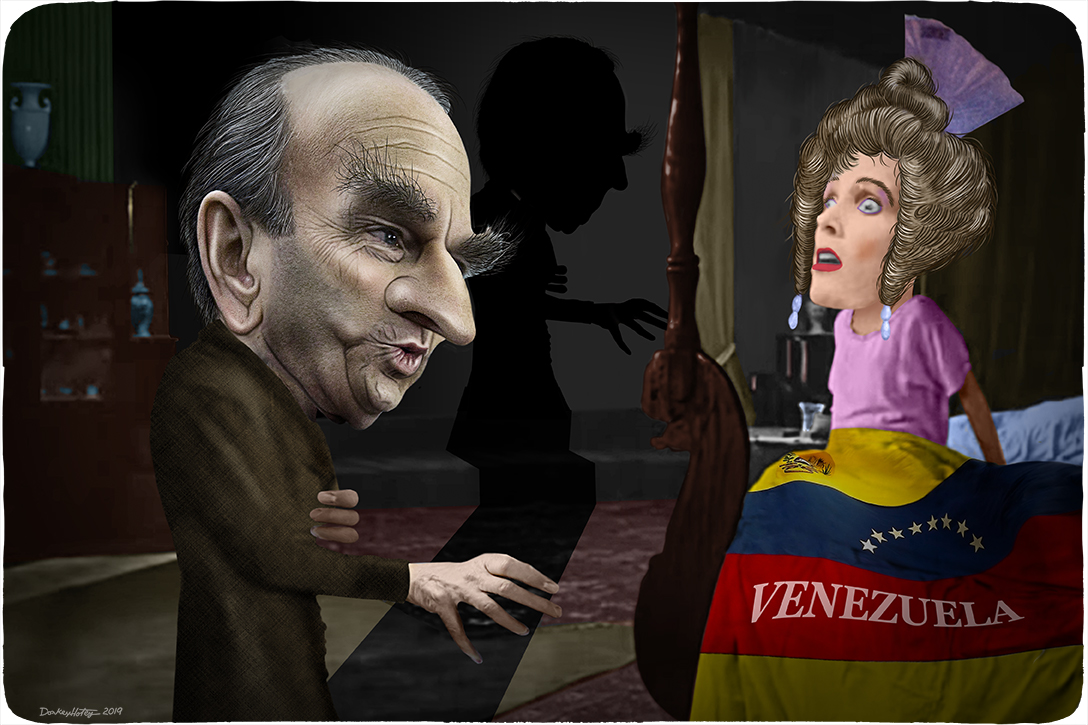 The Neocon Playbook Is a Recipe for Disaster in Venezuela

When Donald Trump promised that he would only hire the “best people,” maybe he should have been pressed on what, exactly, they would be good at. Because it’s clearly not running the US government. Over the past two years, it has become clear that liars, grifters, conmen, opportunists, and crooks seem to be drawn to the president like flies to … well, you know.

Now, however, a situation is arising for which one of Trump’s “best people” seems ideally suited for forcing regime change somewhere in the Americas.

At a time when the president seems intent on getting the US out of Syria and Afghanistan, he appears to be equally determined to plunge headfirst into the chaos in Venezuela.

His point person for this adventure is Elliott Abrams, who has a long history of mucking around in the US’s backyard — often with dubious methods. In other words, he’ll fit right in.

To those unfamiliar with Abrams, here are the CliffsNotes: In the early 1980s, Abrams served as assistant secretary of state for human rights, which, in retrospect, seems like some kind of cruel joke. In that position, Abrams once stated that former Guatemalan leader General Efraín Ríos Montt “brought considerable progress” to human rights in his country. In case you are not familiar with Ríos Montt, he was convicted of genocide and crimes against humanity in 2013.

Abrams’s motives back then seemed to be consistent with the goals of the military-industrial complex: He wanted an embargo on military aid to Guatemala to be lifted. Just as an aside, and unrelated to Abrams but possibly relevant to Venezuela, the CIA-engineered coup in Guatemala in 1954 did nothing to stabilize the country and led to a brutal and lengthy civil war.

Around the same time, Abrams sought to downplay reports of a massacre in El Salvador and testified before the Senate that the incident was being used for guerilla propaganda. A decade later, however, the UN-approved Salvadoran Truth Commission found that more than 500 civilians were “deliberately and systematically” murdered during that massacre. At the time, the Reagan administration was worried about El Salvador becoming a communist country and falling under the influence of the Soviet Union and spent billions to provide weapons to El Salvador’s military. Oh, and there was a brutal and lengthy civil war.

But Abrams truly left his mark when trying to solicit funding for the Nicaraguan Contras from the Sultan of Brunei. He later tried to cover up what happened and ended up pleading guilty to two counts of withholding information from Congress. He was pardoned by George H.W. Bush. All of this, of course, had to do with the US government supporting far-right “rebels” in Nicaragua and it involves a lengthy civil war that took a terrible toll on the country.

You may be detecting a pattern here.

We were certainly skeptical when it was announced that Abrams would be the special envoy for Venezuela. Throw in John Bolton and you have all of the ingredients you need for another neocon clusterfuck.

While Venezuela seems in urgent need of assistance, history has shown time and again that when the US “helps” in the Americas, almost everybody ends up worse than before — apart from the new US-backed right-wing regime and the people who supply the weapons. Just ask Abrams, who has had a front-row seat for some of the worst examples.

Based on his track record, he will make a terrible situation much worse. But maybe that’s the plan. And then he would certainly be the right man for the job.