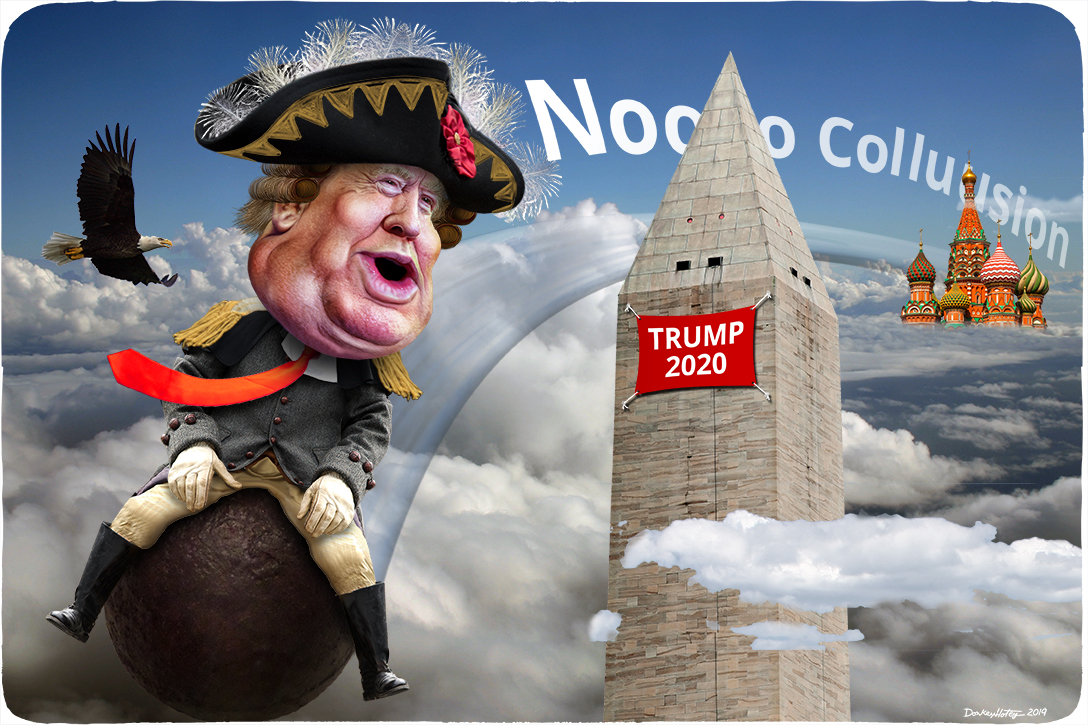 The Adventures of Baron Trumphausen

It is simply impossible to read the Mueller report and not come away with the certainty that this administration is the most (morally) corrupt and dysfunctional in US history, and that it is headed by a president who was only saved from prosecution because the people working for him routinely had the good sense to disregard his orders.

Well, maybe it’s not impossible — attorney General William Barr and congressional Republicans seem intent on continuing to cover for Donald Trump. But, deep down, they must know that they’re helping a charlatan, and that history will not look kindly upon them.

They just don’t care because they value power over everything else — including their own integrity. And that is why Trump will not be impeached, even though he should be.

It’s not that he is a habitual liar or that he’s funneling campaign donations into his own pockets or making money off being president. The real problem is that he clearly intended to obstruct justice and that he hoped to recruit Russian help to win the election.

But the Russians didn’t need to work with the campaign to throw their full support behind Trump. They were doing that already. And Trump’s team was so comically inept that there was little upside to coordinating anything with them. It was easier to turn to WikiLeaks for that.

With regard to obstruction of justice, what the report revealed is truly stunning: it showed that high-ranking officials often defied presidential orders — to shield Trump from committing impeachable offenses.

It’s unfortunate that the one-time members of this administration disobeyed Trump turns out to be the reason he won’t be charged with obstruction.

And, finally — and this is not a crime but it certainly should be — the president has very clearly instilled a culture of dishonesty at the highest levels of government. Nothing will ever be the same again because of Trump. And the GOP continues to turn a blind eye.

Trump frequently talks (and lies) about his German heritage. It would certainly not be surprising if he were related to the famous Baron Munchausen, perhaps literature’s most famous braggart, who is modeled after an actual German nobleman, who lived in the 1700s.

Among Munchausen’s outlandish stories were that he rode a cannonball, flew to the moon, rode a horse split into two, and pulled himself out of a swamp by his own hair.

The brilliance of Munchausen’s tall tales was that they involved claims so bizarre that they were utterly unbelievable and ridiculous. Obviously, Trump makes such statements all the time, like saying that he has “one of the great memories of all time.” By the way, in his written answers to the Mueller team, the president said “I can’t remember” or “I do not recall” 27 times.

And if he were to tell congressional Republicans, or the 30 percent of Americans who still buy into his lies, that he rode a cannonball, they would congratulate him on accomplishing such an amazing feat. That is also not an impeachable offense, but it is a disgrace.

There is one thing Trump and the real Munchausen appear to have in common: Hieronymus Carl Friedrich Freiherr von Münchhausen fought for Russia from 1738 to 1750.