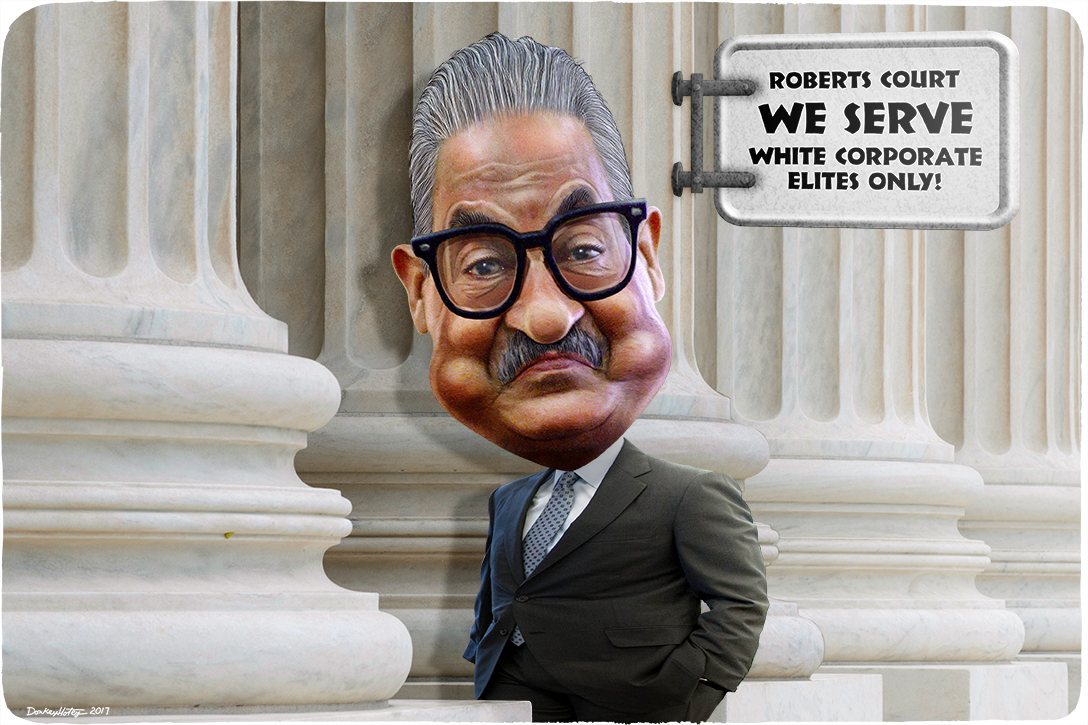 One of the arguments offered by those fighting the removal of confederate statues is that it would be tantamount to “erasing history.” Instead of tributes to heroes of the confederacy, they claim, these statues are actually monuments that teach us about the evil of slavery. Once they are gone, these lessons would supposedly be lost.

Let’s assume for a second that this argument is not completely ridiculous. After all, it was presented by, among many others, Sen. Ted Cruz (R-TX), one of the GOP’s foremost minds. President Donald Trump also made a similar case.

“Sad to see the history and culture of our great country being ripped apart with the removal of our beautiful statues and monuments,” he tweeted.

If statues are the way people in the South are learning about history, then how come there are so many monuments dedicated to the men who took up arms against the United States but so few to civil rights heroes like Rosa Parks and Thurgood Marshall?

Before being sworn in as the first African-American Supreme Court Justice 50 years ago tomorrow, Marshall played an important role in helping to remove (a part) of the stain of discrimination from the South. As executive director of the NAACP Legal Defense and Educational Fund, he successfully argued the Brown v. Board of Education case, which declared state-sponsored segregation unconstitutional, before the Supreme Court. That would seem like a historic accomplishment. And, if statues are the way to learn about history, then there certainly must be lots of Thurgood Marshall monuments in the South and across the United States. Well … not so much.

An online search did not reveal any Thurgood Marshall statues in the South. There is one in Baltimore, though, where he was born. That begs the following question: If monuments are such a crucial way of learning about history, don’t the officials putting up statues in the South want people to learn about Marshall or Brown v. Board of Education?

Apparently not. And, if the “erasing history” argument is to be taken seriously, then the selection of who is being honored paints an equally unflattering picture of the South. It’s OK to learn about Confederate leaders but the important lessons of the civil rights movement are glossed over and not worthy to be taught in this manner.

By the way, what about Rosa Parks? Certainly, her heroic role in the struggle for equal rights would be worthy of a history lesson in the form of monuments all across the South. In her case, there are actually a handful of memorials but most of them are in Michigan, where she died.

To be fair, a train station has been named in her honor in a major city. That city is Paris, France.

The cartoon above was created by DonkeyHotey for WhoWhatWhy from these images: Thurgood Marshall caricature (DonkeyHotey / Flickr – CC BY 2.0), body (Obama White House / Flickr) and Supreme Court columns (US Supreme Court).