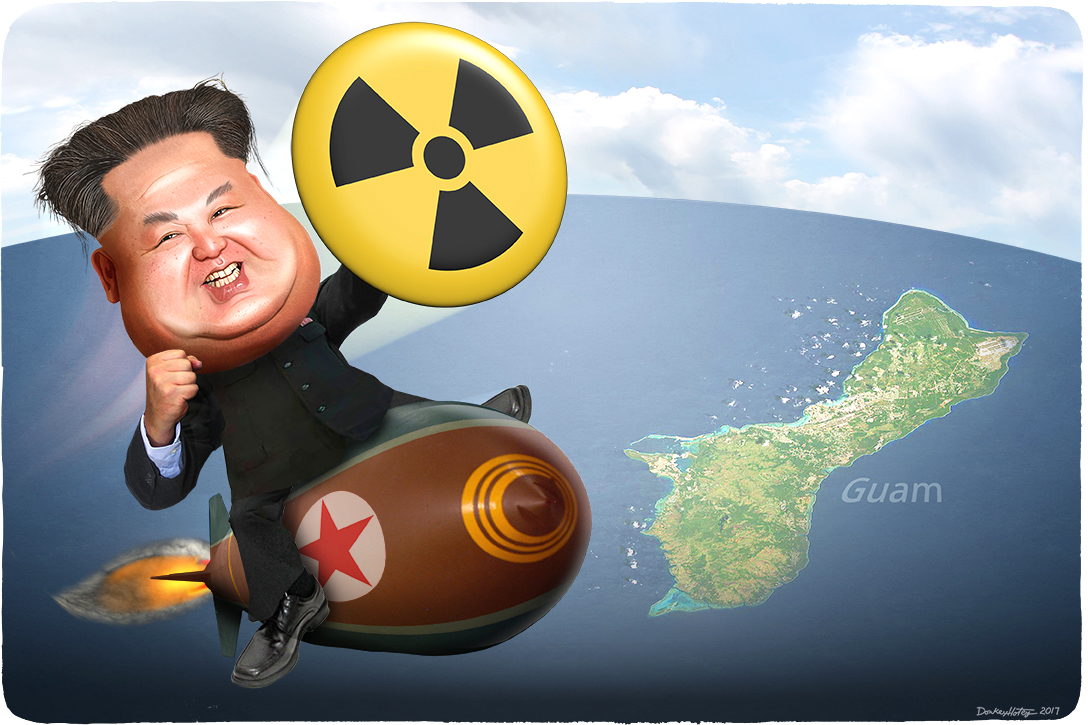 Here is a bit of North Korean realpolitik that nobody is talking about: Regrettably, Kim Jong-un’s regime is absolutely right to develop nuclear weapons and a delivery system that reaches the United States.

That’s neither an endorsement of North Korea’s policies nor of other countries’ arming themselves with nukes. Far from it. It’s simply an acknowledgement that the only way a small country can protect itself from American aggression is by amassing enough firepower to force even the mighty US military to suffer heavy losses.

Hopefully, it’s not a model that other countries will follow. If President Donald Trump withdraws from the Iran nuclear agreement, however, there is a good chance that the Islamic Republic will be next.

After all, when its neighbor Iraq was attacked, Iran had a front row seat to what happens when a country ends up on a list of US targets, such as the “axis of evil,” and is unable to defend itself.

In order to understand why North Korea is defying the international community, circumventing sanctions, and developing a nuclear weapon and long-range intercontinental missiles, one has to look no further than to Saddam Hussein’s regime.

Leading up to the 2003 invasion of Iraq, I was fairly sure that Iraq had no weapons of mass destruction (WMD). The evidence presented by UN weapons inspector Hans Blix, whose team visited hundreds of sites in Iraq and had found nothing, was much more compelling than the circumstantial case for war the Bush administration was putting together.

Still, there was a tiny sliver of doubt. Maybe the regime of Saddam Hussein had successfully deceived the world and managed to put together a stockpile of chemical or biological weapons.

That evaporated when, after only one day of airstrikes on Baghdad, ground troops started advancing on the Iraqi capital at high speed — and embedded journalists were covering the invasion live.

I thought to myself back then that it was highly unlikely that US war planners would send in American soldiers if there was even a remote chance that Saddam Hussein could launch a chemical or biological strike and harm a great number of them. And I absolutely knew that there was no way that military commanders would risk having a journalist killed.

It was the final bit of proof not only that there were no WMDs but also that the administration was dead certain Saddam Hussein’s military posed no significant threat to US forces.

North Korea is in a different league. Sure, its armed forces could not defeat the US’s in a prolonged war, but such a conflict would leave so many Americans dead that no sane leader — an important caveat — would order such an attack.

And Kim Jong-un’s regime could counter a campaign of airstrikes by launching a nuclear weapon — at either the US or South Korea. In effect, the nukes serve as a sort of “anti-attack insurance.”

That’s a terrible lesson for other countries to learn: You can protect yourself from US aggression — and let’s be honest, the US has been the aggressor more often than not in recent history — if you have weapons of mass destruction.

And it is yet another example that such aggression does nothing to stabilize the world. If North Korea did not feel the need to arm itself to the teeth, both its population and the entire region would be better off. The arms buildup could also trigger a domino effect. Other countries in the region could feel compelled to begin developing their own nuclear weapons as a deterrent to North Korea’s potential aggression.

The cartoon above was created by DonkeyHotey for WhoWhatWhy from these images: Kim Jong-un caricature (DonkeyHotey / Flickr – CC BY 2.0), Guam (NASA / Wikimedia), nuclear symbol (Rettinghaus / Wikimedia) and Missile (DoD).