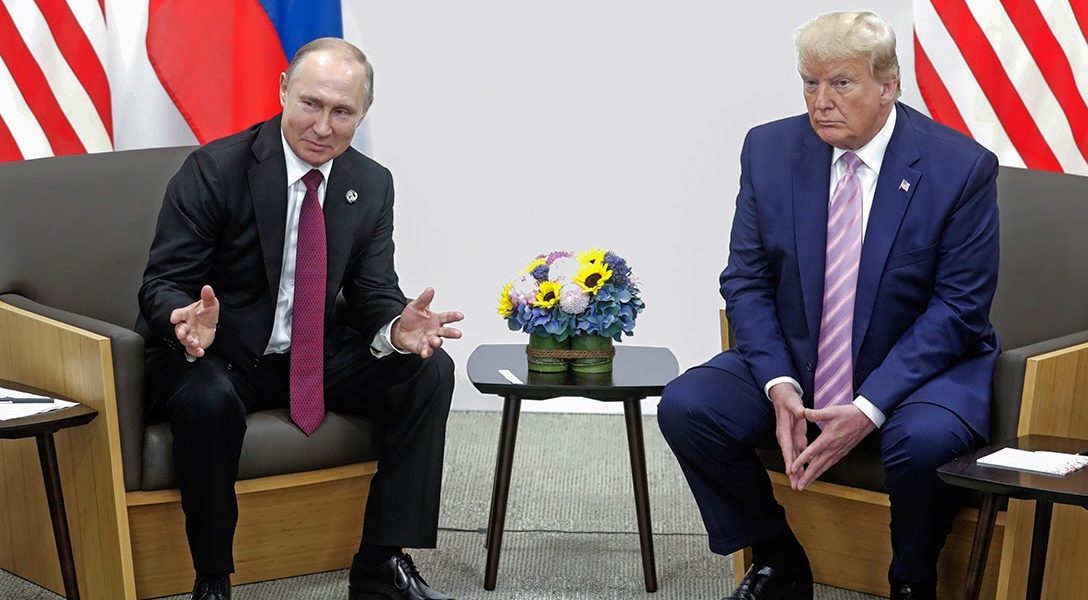 Russian Bounties: What Did the President Know and When Did He Know it?

[James W. Pardew was a career US Army intelligence officer who served as deputy J-2 (intelligence) of the Joint Chiefs of Staff and director of foreign intelligence for the Army. His diplomatic experience includes US special envoy during the breakup of Yugoslavia and US ambassador to Bulgaria.]

Any hint that a hostile foreign power is hiring a third party to kill American servicemen and women is a major national security issue that should rise to the attention of any US president as soon as it is reported.

Controversy rightly swirls around Washington about what President Donald Trump knew and when he knew it regarding US intelligence reports that Russia has placed a bounty on killing American soldiers in Afghanistan.

Here is how such a report would be handled in any normal presidency:

The intelligence system rarely operates in a situation of absolute certainty. Intelligence functions in a world of secrecy, uncertainty, and misdirection. Truth is almost never certain. Sources must be evaluated, and judgments made, often without complete information.

Ultimately, policymakers determine the validity of intelligence based on an evaluation of the views of the intelligence experts most knowledgeable on the specific sources and the specific situation under consideration. The bin Laden raid in Pakistan is a classic case of policy action undertaken without absolute information.

In the White House, the president gets intelligence in one of several ways. First, he receives a sensitive “Presidential Daily Briefing” (PDB) representing what the intelligence community considers information most important for the president.

Second, the national security adviser or the director of national intelligence may bring individual reports directly to the president if they believe an early report is something the president should know.

Third, the president may be informed of a sensitive early intelligence report in a national security meeting on a specific subject.

Trump reportedly does not read the PDB and does not pay attention to briefings. He now describes the Russian bounty information as a political “hoax,” again showing contempt for the US intelligence system.

Preventing the president from being surprised is one of the primary functions of the national security staff. Informing the president of something as potentially explosive as a report — even unconfirmed — that Russia is putting a bounty on the killing of American soldiers would almost certainly take place in a competent presidency. By informing the president, the intelligence community assures him that it places a high priority on confirming or denying the original report through all possible sources.

If the intelligence community receives credible, confirming information from independent sources, the national security adviser would notify the president and call interagency meetings of senior national security chiefs to develop options to respond to the threat.

From Useful Idiot to Working Asset

The National Security Council reportedly held such a meeting to review options on the reports of the Russian bounty in late March. It is unimaginable that the president would not have been notified of the nature and purpose of such a meeting.

The departure from the normal process used in a capable national security apparatus raises  serious questions either about the competence of the national security structure of the Trump government or about President Trump’s relationship to Vladimir Putin. Why did Trump take no action to protect the lives of American soldiers deployed in Afghanistan?

Again, in a competent national security structure, even without absolute confirmation of the reports, the US government would have quickly challenged Putin on the topic. The US would confront Putin directly about the unacceptable nature of such actions and advise him that, if true, Washington would expose Russian actions and impose extremely harsh sanctions on Russia. Putin, of course, would deny the allegation.

Unfortunately, National Security Advisor Robert O’Brien, his staff, and the White House public affairs office are not able to lay out the truth if they want to keep their jobs. Instead, they must accommodate any cock-and-bull story the president comes up with to defend himself politically.

Those most affected by the Russian bounty reports — the Pentagon leadership and the military — are silent on this subject so far. They probably see no benefit in jumping into another Trump-generated mess after their recent experience with demonstrators.

Most alarming — if Trump knew about this major security threat for months and ignored it — are the lingering questions about Trump and his mysterious affinity for Putin. As recently as early June, Trump was still lobbying allies to restore Russian membership in the G8.

Despite the Mueller report, the inquiry into Trump and the Russians is not complete and will not be until the financial relationship between the Trump businesses and Russia are fully investigated and exposed.