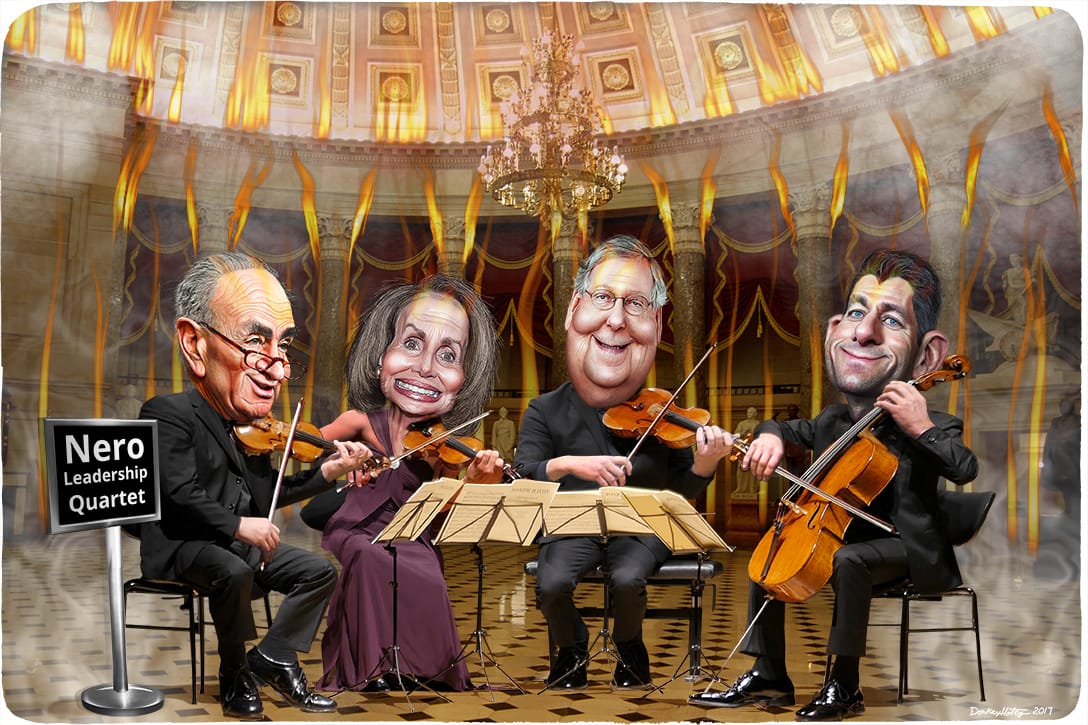 Nobody Is Lifting a Finger to Protect US Democracy

President Donald Trump might be one of the few people in Washington who doesn’t understand — or does he pretend not to understand? — that there was massive foreign interference on various levels in the 2016 elections.

It ranged from Russia’s confirmed use of targeted social media ads and bot accounts to the dissemination of fake news and the highly likely attempted or successful hacking of state voter registration databases. Elements of the US intelligence community also believe that the regime of Vladimir Putin was behind the hacking of the Democratic National Committee as well as the account of Hillary Clinton’s campaign chairman John Podesta.

The many contacts between Trump’s campaign and various Russian officials are murkier, and no evidence has surfaced so far that proves collusion between them. But the conclusion is inescapable that there was a coordinated attempt to undermine US democracy.

The true extent of that interference is still unknown, and we may never find out how much of an effect Russia’s actions had on the outcome. Congress is certainly trying to get to the bottom of it with various investigations that are being commendably conducted in a more or less bipartisan manner.

But knowing that a foreign power managed to easily tamper with the US election does little good if nothing is done to prevent it from happening again.

It’s clear the Trump administration isn’t going to do anything about it. Its “voter fraud” commission, led by Kansas Secretary of State Kris Kobach, is more likely to muddy the waters than anything else. Compared to Kobach, who has orchestrated various voter suppression schemes, Putin is a complete amateur at influencing US elections.

Nor can Americans count on state governments, which are, in their bids to stay in power, often more culpable than Russian hackers of undermining US democracy. While both parties are guilty of gerrymandering when in power, Republicans have gone to unprecedented lengths to tailor the electorate to their needs. And GOP efforts to make it harder for Democratic-leaning voters to even cast ballots is ongoing. In fact, a slew of such measures — including stricter voter ID requirements and curtailed opportunities for voter registration — have already been introduced or enacted this year in states across the country.

This means that the burden of safeguarding future elections falls on Congress. Plenty of impressive-sounding bills have been introduced, on both the state and federal levels, to address vulnerabilities and injustices in the current systems. But whether any will result in significant action is dubious. The “DISCLOSE Act” would add campaign spending disclosure requirements for “corporations, labor organizations, Super PACs and other such groups;” the bipartisan “Restoring Integrity to America’s Elections Act” would reform the dysfunctional Federal Elections Commission; the “SAFE Act” would improve the security of elections-related information technology; and the “Voting Rights Advancement Act” would guarantee federal supervision of blatantly discriminatory state election laws.

None of these bills should be controversial. But since the systems now in place work for Republicans — who control the White House, Congress and most state governments — it won’t be surprising if they fail to lift a finger to advance any of them.

That leaves us with congressional Democrats, who have been none too active on this front. They will get a chance soon, however, if their votes are needed to prevent a government shutdown. Among the many things they should insist on, in exchange for their support, are the much needed reforms that would protect the elections from foreign — and domestic — forces seeking to undermine US democracy.