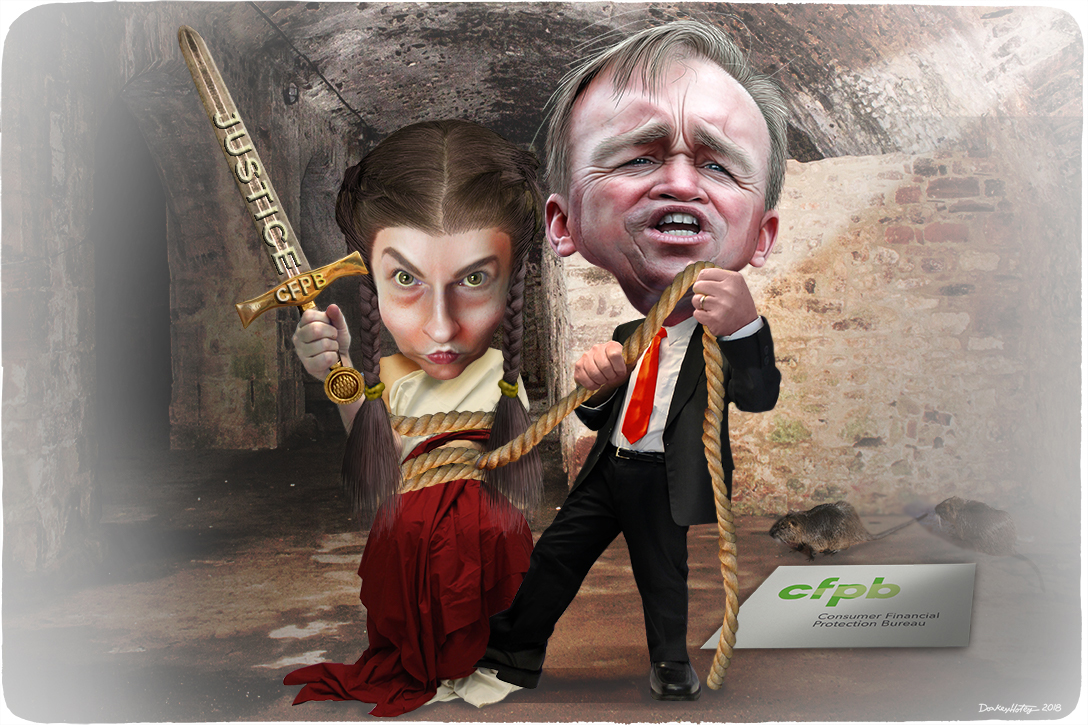 Is Mulvaney Protecting Big Business and Not Consumers?

Government isn’t perfect — far from it. It is too big and unwieldy, not transparent enough, does lots of really messed up things, often overreaches, and wastes money. More importantly, however, government is absolutely necessary. Without it, things would be much, much worse.

Because time and time again, government intervention has been required to protect the environment from pollution, consumers from harmful products, and workers from unsafe conditions and discrimination. In many cases, these protections were put in place following lengthy fights with big business, which is still spending billions of dollars each year to ensure corporate America is facing as little oversight as possible.

So for all of its flaws, the government is needed because without federal regulators, the air would be dirtier, prescription drugs would be less safe, workers would be killed on the job at a higher rate, and regular Americans would get fleeced more.

Government isn’t perfect, but it serves an important purpose. And that is why it is so troubling that some of the agency heads of the Trump administration seem to be abdicating their responsibility.

Environmental Protection Agency Administrator Scott Pruitt is the most prominent example. Under him, EPA might as well stand for Everybody Pollute Always. However, others are just as guilty of acting counter to the mission of the agencies they were entrusted with.

Earlier this week, Reuters reported that Mulvaney “has pulled back from a full-scale probe of how Equifax Inc. failed to protect the personal data of millions of consumers.” That last part is actually a charitable description of what happened.

Equifax, a consumer credit reporting agency, allowed hackers to steal the personal data, including Social Security numbers and birth dates of 145 million Americans, and then took their time before informing the affected individuals.

Richard Cordray, who headed CFPB before Mulvaney, gave the green light for an investigation of Equifax in the same month the breach became public. Which makes sense, seeing how so many people (i.e., “consumers”) were affected, and a credit reporting agency was involved (i.e., a company involved in the “financial” industry) and their interests were not “protected.”

Mulvaney, however, apparently does not feel that the Equifax case is a matter for the Consumer Financial Protection Agency. Which would be comical if it weren’t so tragic.

The CFPB has been a thorn in the side of Republicans since it was founded in President Barack Obama’s first term. It probably doesn’t help that it was initially proposed by Sen. Elizabeth Warren (D-MA) in 2007, when she taught at Harvard Law School.

So how did Mulvaney feel about the agency he now runs when he was in Congress? Here is a short clip of him calling the CFPB a “sick, sad joke.” And, when asked what reforms he would like to see implemented, he says: “Some of us would like to get rid of it.”

Well, Trump put him in a position to do just that and it sounds as though Mulvaney is well on his way.