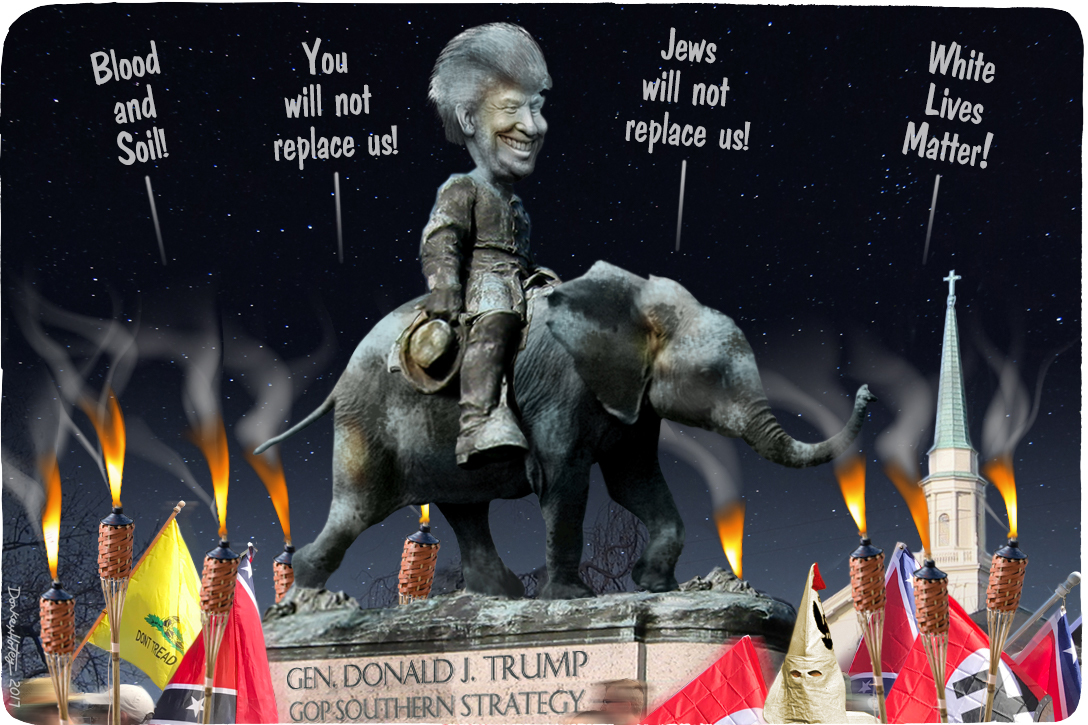 The Long Battle to Remove the Stain of White Supremacy

Following the white supremacist rally in Charlottesville, VA last week, Republican and Democratic politicians alike were quick to condemn what they saw. Almost to a man — that man being President Donald Trump — they stressed that the ideology on display was inconsistent with American values and the principles the United States was founded on.

That sounds nice. But it is, of course, mostly false — and that’s part of the problem. While it is true that the United States is founded on admirable ideals, the implementation of these lofty goals has been a work in progress since Day One.

From the very first breath the young republic took, white male supremacy was part of it. Whites could own blacks and only white men could vote (in fact, initially only white, male property owners could vote, which is probably the preferred way of voting even today for some people).

The breakup of the country and its bloodiest war were needed to change that. Even then, it took another 100 years and a massive civil rights struggle to try to force all states to stop treating African-Americans as second-class citizens.

And some of these same states are still fighting this notion of equality today, passing laws that systematically disenfranchise minorities.

The bottom line is that deep-seated, historic institutional racism has very much been a part of the United States — and it continues to be to this day. Fortunately, there is much less of it than before.

The reason is that good people of all races have stood up and said “Enough”. Many of them have lost their lives in this struggle, just like the young woman in Virginia last week.

Others, however, are clinging to a more comfortable narrative. Instead of acknowledging that racism has been woven into the fabric of the United States, they are confusing — either willfully or ignorantly — the ideals upon which the country was founded, with what the reality looked like.

And that has made it more difficult to fight this inequality: It’s difficult to fix something that many people refuse to see as a problem — in part because it would interfere with their notion of American exceptionalism.

What they don’t realize is that what makes the United States a great country is not the ideals the founders outlined more than 200 years ago. Rather it is the many individual and collective acts of heroism that helped implement and defend those ideals since then.

Now it’s time for a new generation of Americans to make their mark, reject hate and move the United States another step toward achieving the principle of true equality.