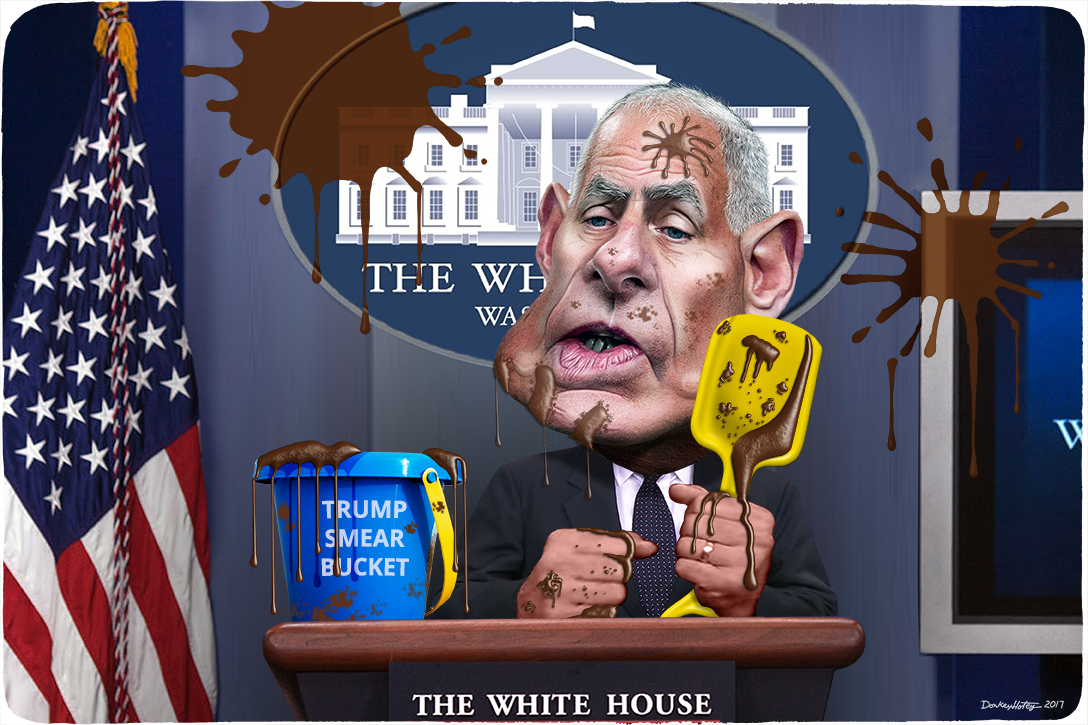 Kelly Does Trump’s Dirty Work and Stains His Reputation

“I learned long ago, never to wrestle with a pig. You get dirty, and besides, the pig likes it.”

Originally, this quote from 20th-century Irish playwright George Bernard Shaw meant that one shouldn’t wrestle against a pig. Nowadays, it could be interpreted to mean that if you are fighting on the side of Donald Trump, you will inevitably be dragged in the mud.

The latest case in point is White House Chief of Staff John Kelly. The retired Marine Corps general had previously enjoyed a stellar reputation in Washington, DC, and he is one of the “adults in the room” who are supposed to be a positive influence on an erratic president.

That’s clearly not happening, because when Trump picked yet another (!!!) fight with a gold-star family, Kelly dutifully followed his boss into the gutter.

It all began when the president, falsely and needlessly, claimed that Barack Obama and other former presidents had not called the families of soldiers killed in action. That verifiable falsehood prompted Rep. Frederica Wilson (D-FL) to go public with the details of a call from the president to one of her constituents — the wife of Army Sgt. La David Johnson.

During that conversation, which Wilson heard on speakerphone while sitting beside Mrs. Johnson, Trump upset the widow by saying her slain husband “knew what he signed up for.”

Instead of simply issuing a statement that the president greatly regrets that his words, which were meant to be comforting, were misconstrued, the White House doubled down and began attacking Wilson. That’s when Kelly, whose son was also killed in action, got involved.

At a press conference, the chief of staff told the story of how Wilson, during the dedication ceremony of an FBI building that he attended, stood in front of the audience and talked about how she had secured the funding for the building.

“We were stunned,” Kelly told the assembled reporters. “Stunned that she had done it. Even for someone that is that empty a barrel, we were stunned. But none of us went to the press and criticized.”

As we now know, Kelly had made it all up. A video of the speech showed that Wilson said none of the things that the chief of staff, falsely and needlessly (you may recognize a pattern here), attributed to her.

Still, this falsehood also could have been fixed with a simple apology. After all, this speech happened a couple of years ago and people misremember things. Kelly, supposedly one of those cooler heads that will prevail when the president goes “full Trump,” could then have urged all sides to calm down and keep in mind that the most important thing is to allow a grieving family to begin the process of healing. That didn’t happen and next thing you know, Trump was basically (and counter-factually) accusing the widow of lying.

And just like that, an illustrious 47-year career that began when Kelly signed up for the Marine Corps in 1970 got stained and his integrity was undermined. And all of it was completely unnecessary.

But Trump likes to brawl in the mud and he expects his staff to get dirty with him. Just ask Sean Spicer, who lost his credibility on his very first day on the job. Or Kellyanne Conway, who makes up alternate facts as she goes along. Or any number of others who are doing the president’s bidding and are soiling their own reputations in the process.

And don’t expect any of this to stop because, as George Bernard Shaw would tell you, it is quite clear that the president likes it.