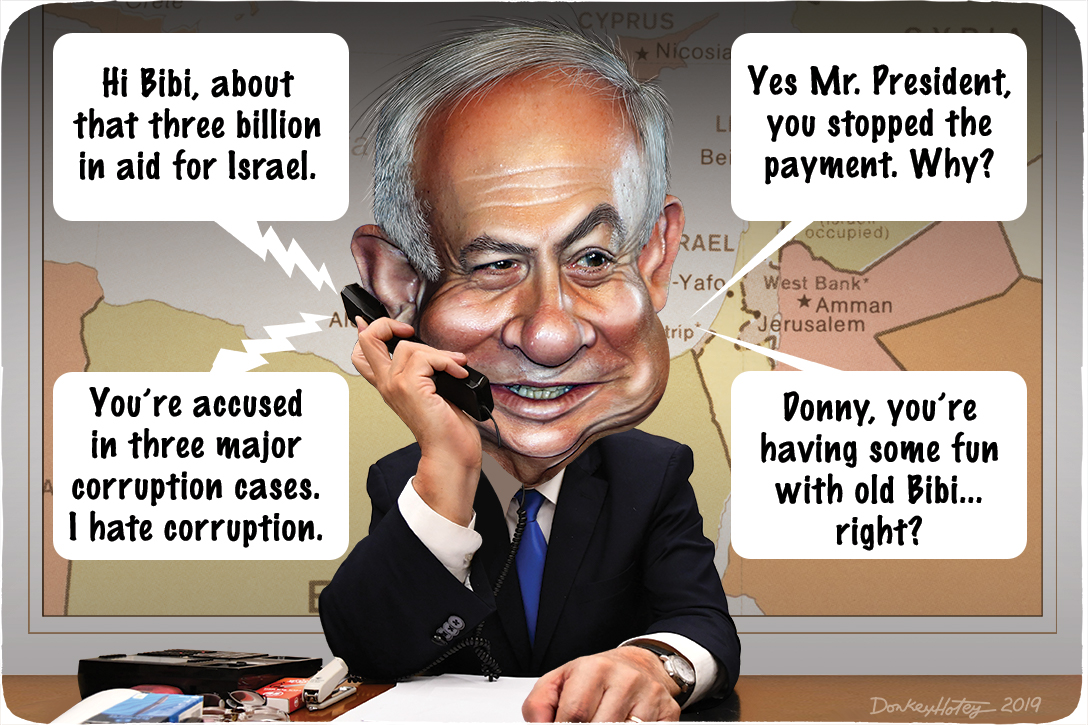 Is Trump’s Clown Car Going off the Rails?

The past couple of weeks have been crazy — even by the insanely high standards for absurdity that President Donald Trump has set. There were so many things that were either completely bonkers, brazen, or bizarre that we couldn’t pick just one for our weekly editorial. Instead, we offer a sampling of random thoughts on Trump, Ukraine, politics, the Kurds, God working in mysterious ways, and much more.

After once again soliciting (illegally) the assistance of not one but two foreign governments in next year’s election, the president has claimed that the calls for Ukraine and China to investigate his political rival, Joe Biden, and his son were spurred by his concern for fighting corruption.

First of all, the only time the words “Trump,” “fighting,” and “corruption” go together in a sentence is when it’s something like: “Donald Trump is fighting hard to keep authorities from uncovering his corruption.”

But let’s pretend, for argument’s sake, that the US president really is interested in fighting corruption abroad. If that were the case, why is he such a strong supporter of Israel’s Prime Minister Benjamin Netanyahu, who is facing three sets of corruption charges right now? And why does Trump back some of the more corrupt and ruthless strongmen in the world?

The latest defense of Trump that Republicans are trying out is that he is just trolling the media. Sen. Marco Rubio (R-FL) floated that one to avoid having to actually show some spine, for a change, and to stand up to the president’s solicitation of Ukrainian and Chinese help to take down Biden.

Was Trump also trolling the media when he made that request in a phone call that we only know of because of a whistleblower? It would be nice for somebody in the Florida press corps to ask the senator that question.

It might also be a good idea for White House reporters to follow up a particularly insane and incomprehensible statement from the president with “Are you kidding now, or …?”

Rubio certainly wasn’t laughing when Trump betrayed the Kurds and opened the door to a Turkish invasion of the territory they are holding in Syria.

If reports about US retreat in #Syria are accurate, the Trump administration has made a grave mistake that will have implications far beyond Syria.

The senator didn’t seem to think Trump was trolling the press that time, though we do wonder just how Rubio knows whether the president is joking or not.

After facing a rare backlash from his own party, the president seemed to backpedal a bit with his most megalomaniacal tweet yet (and that’s a really high bar to clear).

As I have stated strongly before, and just to reiterate, if Turkey does anything that I, in my great and unmatched wisdom, consider to be off limits, I will totally destroy and obliterate the Economy of Turkey (I’ve done before!). They must, with Europe and others, watch over…

The Kurds could have avoided this situation if they had just hinted at having some dirt on Sen. Elizabeth Warren’s (D-MA) niece., any country that wants something from Trump can now dangle this in front of him and he’ll bite every time.

“Hey, EU, why are you not paying more for defense?”

“Oh, we’re just spending all of that money on an investigation into Bernie Sanders.”

“China, why are you invading Hong Kong?”

“We hear that they have some documents proving Pete Buttigieg is gay.”

Speaking of Sanders and Warren … Wall Street is really worried about them cracking down on the top 1 percent. But what about Trump? When the criminality of this administration — from self-dealing and obstruction of justice to perjury and contempt — is revealed in its entirety, several enormously rich people will be in legal jeopardy. That list is led by Trump, along with Don Jr., Jared Kushner, Steve Mnuchin, Betsy DeVos, Elaine Chao and now Gordon Sondland.

If Trump keeps going like that, the only campaign promise he’ll actually wind up keeping is draining the swamp. His own.

The most recent acolyte of the president with whom the law has ensnared is New York Republican Chris Collins, the first congressional lawmaker to endorse Trump. A couple of weeks ago he was forced to resign because of an insider trading scandal that he previously dismissed as a “witch hunt.” Hmm, why does that sound so familiar?

Yes, The Lord chose Trump because He knew there was no way that such a corrupt serial liar with a total lack of morals or scruples could stay in office for a full term. But even God could not anticipate that Republicans would turn their backs on Him and bow down at the altar of Trump, instead.

The cartoon above was created by DonkeyHotey for WhoWhatWhy from these images: Benjamin Netanyahu caricature (DonkeyHotey / Flickr – CC BY 2.0), body (U.S. Department of State / Flickr), and map (CIA / Wikimedia).