Is Canada Becoming More Like Its Neighbor to the South?

The Canadian elections may not have changed the government, but a closer look at the results suggests the electorate is becoming more like that in the United States — deeply divided on regional and political grounds.

In Monday’s elections, Prime Minister Justin Trudeau’s Liberal Party won 158 seats out of the 338 that make up Parliament, only one more than two years ago and 12 seats shy of a majority.

The Liberals, who will have to govern with support from other parties, were followed by the Conservative Party, which won 119 seats, one fewer than in 2019.

Canadian politicians don’t like coalitions, so Trudeau won’t make any formal arrangements with any party. He will negotiate support on an issue by issue basis, relying on the leftist New Democratic Party (NDP) to get progressive measures passed and the opposition Conservatives for right-wing issues. But he is likely to have less negotiating power in this Parliament, as the other parties will not be cowed by the threat of another quick election, which is the traditional route for minority governments to get their way.

A similar series of Liberal minority governments in the 1960s were the most progressive in Canadian history and gave Canadians universal free health care and several other measures that endure to this day. (Many of these reforms were negotiated by one of actor Keifer Sutherland’s grandfathers.)

Though not as rigidly a two-party system as the United States, Canada has only ever been governed by Liberals and Conservatives. Traditionally these parties have incorporated the regional, cultural, and ethnic differences of the country, making both truly national.

This unifying force no longer exists. No party can say it represents the breadth of Canadian society. And the results of the 2021 election reveal a very divided country. 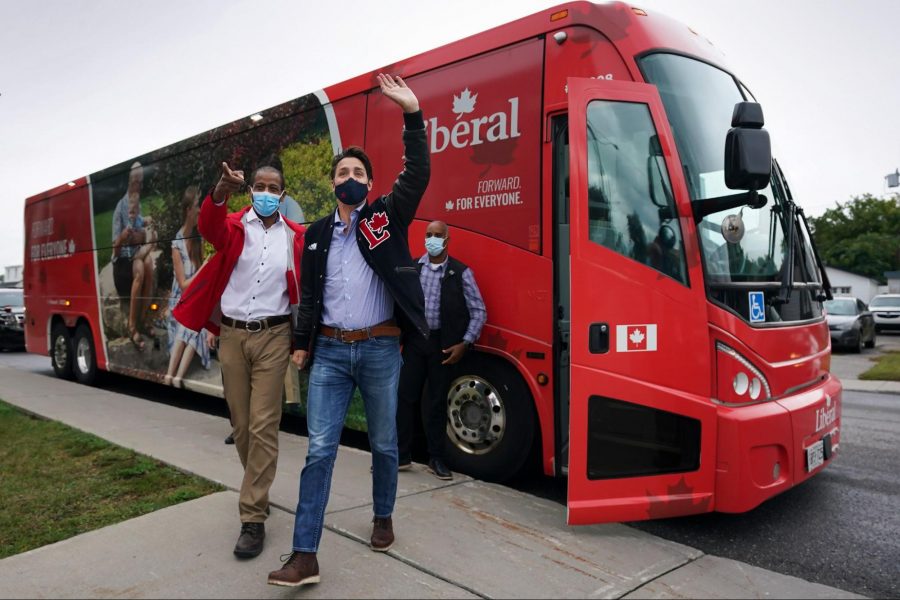 Trudeau, right, waves to a school of children as he makes a campaign stop at a university COVID-19 vaccination clinic during the Canadian federal election campaign in Gatineau, Quebec, on September 8, 2021. Photo credit: Zarina Petrova / Flickr

The Liberals, with a few exceptions, represent urban Canada, dominating the country’s largest metropolitan areas of Montreal, Toronto, and Vancouver. The Conservatives dominate rural Canada, including its oil patch (Alberta and Saskatchewan).

There is one significant difference from the United States, though. The Liberals, unlike the Democrats in the US, did not win the popular vote. The Conservatives did because they have overwhelming support in some regions, winning seats by wide margins — though they did not win more seats.

Trudeau, who supports vaccine mandates, called for the election in August saying the pandemic had changed the political landscape and Canadians should have a chance to decide which party should lead them out of the pandemic and through the reconstruction of the economy.

The Conservatives and the other parties, including the Bloc Québécois and the New Democratic Party, countered that the election was unnecessary and that Trudeau was trying to make a power grab during a pandemic.

Climate change surprisingly remained an important issue throughout the campaign, but it would appear it didn’t change voters’ minds. With a summer of record heat and wildfires in the west, the Conservatives did change their climate policies significantly for this election but were plagued by their party membership’s refusal to recognize climate change as a crisis at their last convention. The other parties, including the Liberals, have progressive views on climate action with very little separation between them. Voters stood pat, with the Bloc Québécois running third and picking up just two seats while the New Democrats picked up only one seat and the Green Party actually lost ground. 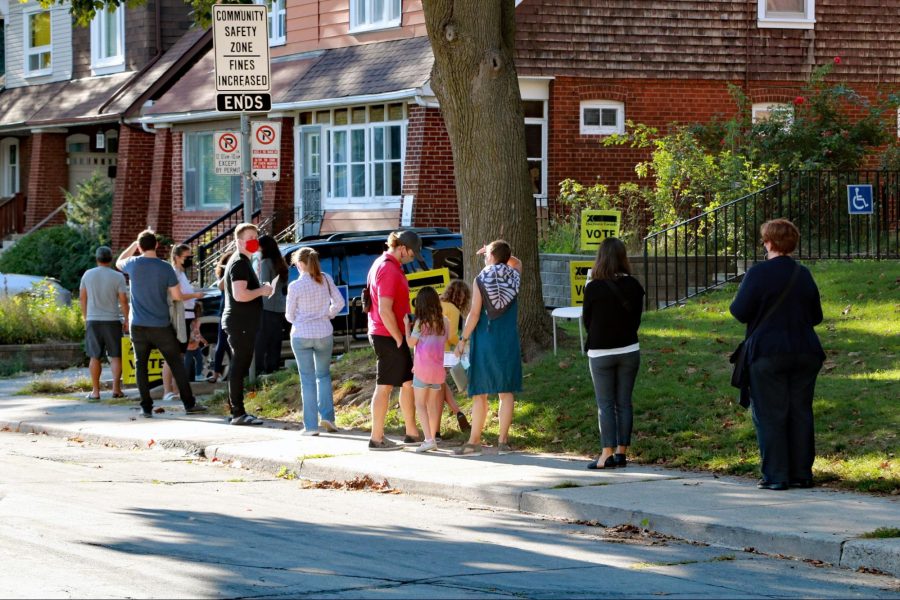 The pandemic’s disproportionate impact on women, who suffered the greatest job loss, led the Liberals to announce a plan to introduce $10-a-day day care across the country. They even signed deals with several provinces to implement it before the election. Conservatives countered with a tax credit proposal that would have refunded some of the cost to parents. It’s not clear if this significant issue swayed many voters.

Surprisingly, there was not much disagreement among the parties on the handling of the pandemic by the Liberals. The Conservatives criticized the Liberals for huge borrowing and inflation. However, it was the Conservatives who were tripped up by the pandemic for refusing to support mandatory vaccination for civil servants or requiring proof of vaccination to fly or take a train.

The pandemic may have had an impact on the People’s Party, a small right-wing splinter group founded by a disgruntled former Conservative leadership contender that first ran candidates in the 2019 election. It garnered publicity as a potential spoiler in the race but failed to win any seats. The avowedly “anti-authoritarian” party embraced the anti-vax movement and was suspected of being behind a number of demonstrations targeting Trudeau during the campaign, even succeeding in forcing him to cancel a campaign event. While the party will not be represented in Parliament, it did garner 5 percent of the national vote. More damaging for the Conservatives, the People’s Party vote was critical in several close races where Liberals or NDP candidates won by very small margins. Those contests would have gone to Conservatives without the People’s Party.