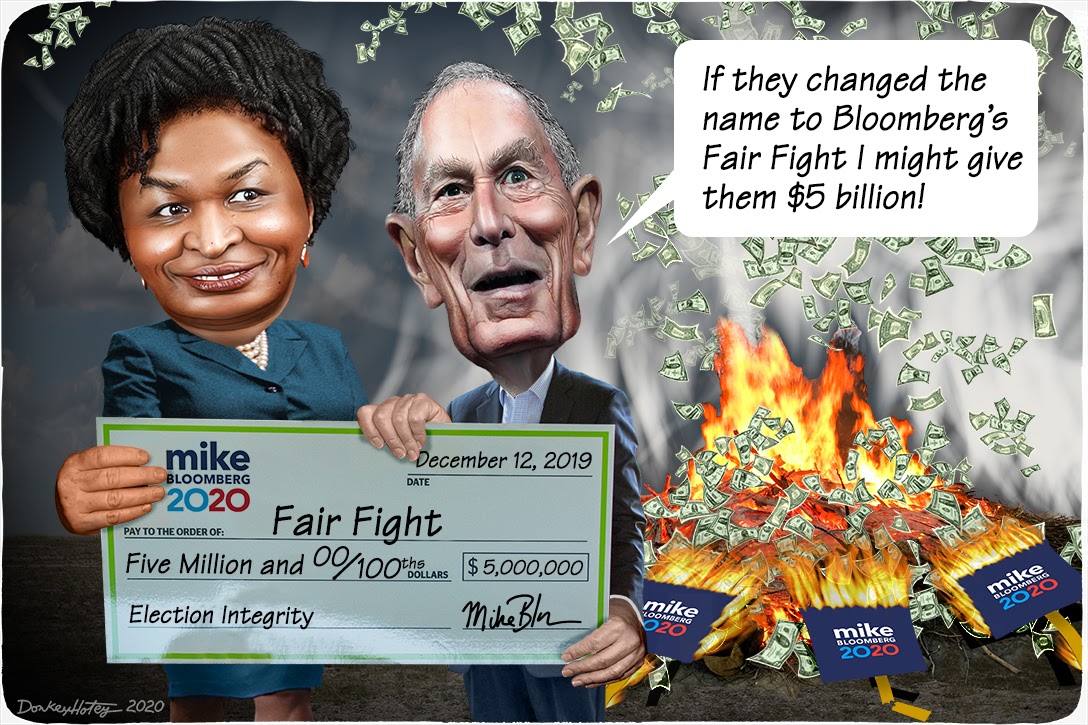 Democracy Dies in Daylight — and Nobody Seems to Care

Many Americans following the story of primary voters who stood in line for hours in Texas on Super Tuesday probably wondered what had gone wrong or who had screwed up. The answer to these questions will come as a surprise to many: Absolutely nothing went wrong and nobody screwed up. At least as far as Texas election officials are concerned. The system did exactly what they designed it to do, which is making it difficult for minorities and young people to vote.

The long wait times aren’t a glitch. They are the result of policies specifically put in place by these officials to prevent from casting a ballot people who would vote them out of office if given a chance.

If you’re paying even a little bit of attention, you will have noticed the same thing keeps happening every time there is a major election. It’s not always (just) Texas, of course. In 2018, it was Georgia. In 2016, it was Arizona, Ohio, Florida, Wisconsin, and others.

Regardless of where this is taking place, it is never rich white people standing in line for hours because some voting machine malfunctioned in their affluent suburb. Instead, like this week, it’s usually minorities and young people and, more often than not, they are forced to stand in line in GOP-controlled states with close elections.

That’s not an accident. It’s a sign of something really, really wrong.

While Texas election officials succeeded in their goal of burdening voters who disagree with them, we as a society keep collectively failing on this vital issue.

There is plenty of blame to go around.

First there is the media, which covers elections all wrong. Each major news outlet has an army of reporters who will write about every single poll, tweet, endorsement, rally, and gaffe. But very few of them have a team dedicated to covering election integrity.

Sure, they will report on the long lines and even mention the disastrous Shelby County v. Holder Supreme Court decision in 2013, which opened the floodgates for a new wave of voter suppression efforts. But their reporting hardly ever goes deep enough. Most of the media covers the symptoms (if that) and not the underlying disease.

It’s like writing a story about a flight delay on 9/11 without mentioning that air traffic had come to a complete standstill following a massive attack on New York City and Washington, DC.

The proud motto of the Washington Post is “Democracy Dies in Darkness.” It’s a catchy slogan but, in reality, democracy is beaten, mugged, and raped in broad daylight. And this all-out assault is never getting the attention it deserves.

If every major outlet had an election integrity unit that did nothing but expose the dirty tricks of lawmakers trying to give themselves an unfair advantage through gerrymandering, voter suppression, disenfranchisement tactics, etc., then elections would be much fairer.

We know this because WhoWhatWhy has made this issue our top priority — and we are having an impact. This was once again illustrated this week, when the Georgia Bureau of Investigation found that the allegations of hacking which then–Secretary of State Brian Kemp leveled against state Democrats in 2018 were baseless.

WhoWhatWhy readers knew that was the case from the very moment Kemp made the accusation two days ahead of the election that would make him governor. That’s because, working through the night, we had published a story that beat Kemp to the punch. Our reporting, which was cited by just about every national and international news outlet that day, revealed the discovery of a massive vulnerability in a voter database that Kemp was in charge of keeping safe. Kemp’s team had been notified of the problem but, instead of fixing it, he made up a bogus story for political gain.

This is just one example of our award-winning Georgia coverage in 2018. And we did it all on a shoestring budget because we know the vital importance of safeguarding democracy. It’s embarrassing that the major news outlets seem to lack either the awareness or the will to do something about it.

But the culpability extends beyond the media.

Each year, progressive Americans give tens of billions of dollars to causes or candidates that represent their views, e.g., a cleaner environment, gun control, better healthcare, the right to choose, etc. It stands to reason they give this money because they want to see change in these areas.

What they don’t seem to realize is that the single best way to make this happen is to support organizations that want to make democracy better. For example, a very good case can be made that Republicans would not control the Senate if elections in the US were fair.

So instead of pumping billions of dollars into individual causes and candidates, why not invest the money in something which will benefit them all?

Take Michael Bloomberg. Of the $1 billion he is going to spend this year, he gave $5 million to Stacey Abrams’s Fair Fight, a leading election integrity group — 0.5 percent of the total Bloomberg largesse.

Imagine what he or some other deep-pocketed donor could achieve if they were to give $1 billion to groups that investigate the aforementioned abuses of democracy, fight them in court, inform the public, and make sure that elections actually reflect the will of the people?