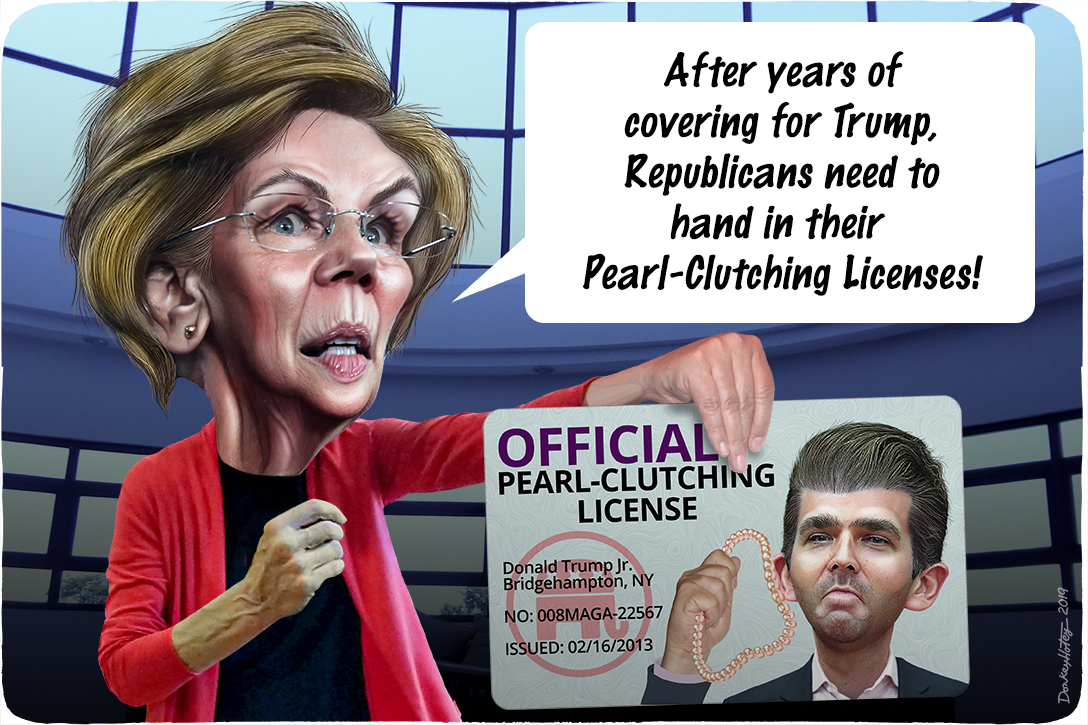 Could Warren Turn a Supposed Weakness Into a Strength?

With Sen. Elizabeth Warren (D-MA) moving up in the polls for the Democratic presidential nomination, the talking heads of the corporate media are trying to identify her greatest vulnerability. That suspected Achilles heel is quickly found: How will Warren respond when President Donald Trump hurls an ethnic slur at her that belongs on a grade school playground and not a presidential campaign?

So let’s talk about this, because it’s something that most people don’t fully understand (we certainly didn’t before doing research for this editorial). The insult, of course, is “Pocahontas,” and it is based on a somewhat complex controversy that might also be a non-controversy.

At issue is whether Warren, who was listed as a minority law professor in the Association of American Law Schools desk book and by Harvard law school, falsely claimed Native American heritage to help her academic career.

The answer to that question is that only Warren knows. Harvard said her ancestry played no role in her hiring, but the university touted her as a Native American professor in the 1990s to rebut charges that the law school faculty was not diverse. It also came to light later that she had self-identified as American Indian in a State Bar of Texas registration in 1986.

Warren, who grew up in Oklahoma, said she had been told by her family that she was part Native American. A DNA test did not bolster her claim and showed that, at most, she had an indigenous ancestor a few generations ago.

As is often the case with politically motivated attacks, accurately explaining what we know or don’t know takes some time — certainly more than calling Warren “Pocahontas” and pretending that this is an open-and-shut case of some type of fraud. But nobody ever takes time to listen to such an explanation once an accusation has been made and repeated often enough. Just ask John Kerry, who was swift-boated out of his shot at the presidency in 2004, or even Hillary Clinton, whose entire 2016 campaign was defined by an email server.

What we do know is that Warren handled the entire affair poorly. She could have said years ago: “My grandmother assured me that I had indigenous ancestors and I had no reason not to believe her. After all, 10 percent of the people in my home state were Native American, so it made sense. I’m sorry if this caused anybody any grief.”

But, like so many politicians, she made the error of trying to wiggle her way out of this problem and made it worse in the process. It took her years to finally find the right answer. But she did.

“Like anyone who’s been honest with themselves, I know that I have made mistakes,” Warren told a group of tribal leaders in Iowa last month. “I am sorry for harm I have caused. I have listened and I have learned a lot, and I am grateful for the many conversations that we’ve had together.”

However, since it took her too long to get it right, the political class seems to think that this issue might become a major problem for her if she becomes the Democratic nominee, because Trump is ready to unleash his Pocahontas attack again. The thinking appears to be that the president could score with independents if he manages to undermine her integrity.

If a racist slur, based on a non-proven allegation, made by a well-known and corrupt liar, and directed at an accomplished woman, can determine the outcome of a presidential election, then US voters deserve four more years of the Trump circus.

The president is probably the last person who can credibly accuse anybody of lying, corruption or having cheated for personal gain. Those all are things he is a poster child for. It’s like an oil company executive accusing someone of pollution who does an oil change in their own backyard and some of the oil gets in the sewage system. Should they do that? Of course not. But is it an offense comparable to the massive environmental crimes the oil companies have committed? Clearly not.

So how should Warren react when Trump hurls the “Pocahontas” slur at her? Here is how: She should laugh before responding: “I would be happy to make honesty and personal integrity a cornerstone of this presidential campaign. So let’s talk about the 10,000+ lies you told in office, or how you scammed hard-working Americans out of their money by launching a fake university or how your ‘charity’ had to shut down because of self-dealing. While I would rather tell Americans about my plan for a more prosperous future for them, I’d be happy to have this discussion as well.”

Another reason why Warren should actually embrace this debate is that accountability, humanity and contrition — all things that Trump is lacking — should matter.

After all, she did eventually get her apology right, so Warren can turn to voters and say: “I’m a human being, and of course I make mistakes. I believed what my grandmother told me but there was also a time when it was convenient for me to believe that. And, when confronted with the error I made, I did not immediately come clean and apologize. But, unlike my opponent, I am capable of apologizing and learning from my mistakes.”

One would hope that, after four years of Trump-induced chaos, American voters are ready for a little humility and honesty — instead of a racist attack and faux outrage.