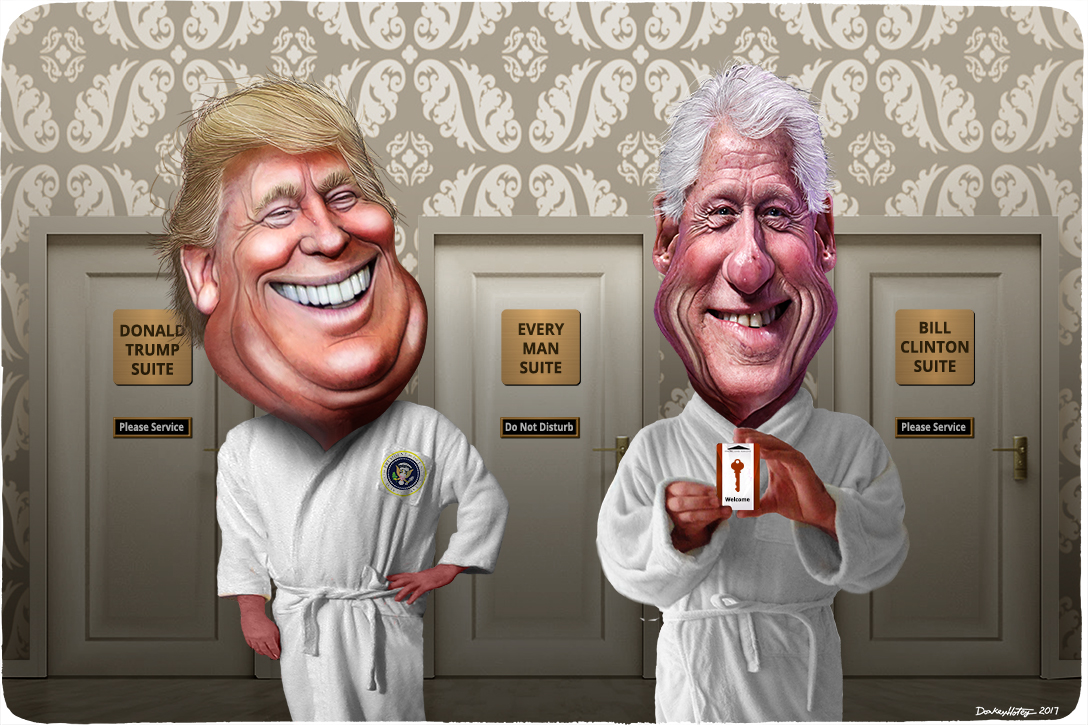 Harvey Weinstein’s alleged sexual harassment and assault, as well as a tape in which he admits to groping a model, seem to have triggered something new in US society — an awareness of the magnitude of what women face every day.

Why did it take so long?

One reason is partisan politics. Think about it: Two of the four men who have occupied the Oval Office in the last quarter century were allegedly serial sexual harassers/assaulters.

Bill Clinton was accused of rape by one woman, of exposing himself to another and of groping a third.

Donald Trump has been accused of sexual assault and sexual harassment by more than a dozen women. In addition, he has confessed on tape to having groped and kissed multiple women without their consent. That’s more than Weinstein has admitted to doing.

So what happened to Clinton and Trump after they were accused, by multiple women, of sexual abuse? They got elected to the most powerful office in the world and each of them had legions of supporters who made excuses for their behavior, dismissed the allegations and disparaged the women making them:

They were powerful men surrounded by beautiful women, why would they need to grope them?

These women are just trying to get famous or make money.

It was a different time when Bill Clinton was accused of these things.

In light of these widespread sentiments, and the fact that sexual assault and harassment are often incredibly difficult to prove, it’s no surprise that so many victims don’t speak up.

What lessons did young women growing up in the 1990s learn from watching the news? What about girls whose parents made excuses for Trump last year?

Yes, there is a presumption of innocence that Trump and Clinton are entitled to, and neither has been convicted of anything related to these allegations. But let’s be honest — who in their heart of hearts thinks that all of the accusations made against these two are made up?

And then there is this: One supporter of Trump was asked whether grabbing women by their pussy or kissing them against their will constitutes sexual assault. The answer: “I don’t characterize that as sexual assault. I think that’s a stretch.”

That person was Jeff Sessions, who now serves as US Attorney General and is the country’s top law enforcement official.

What message does that send?