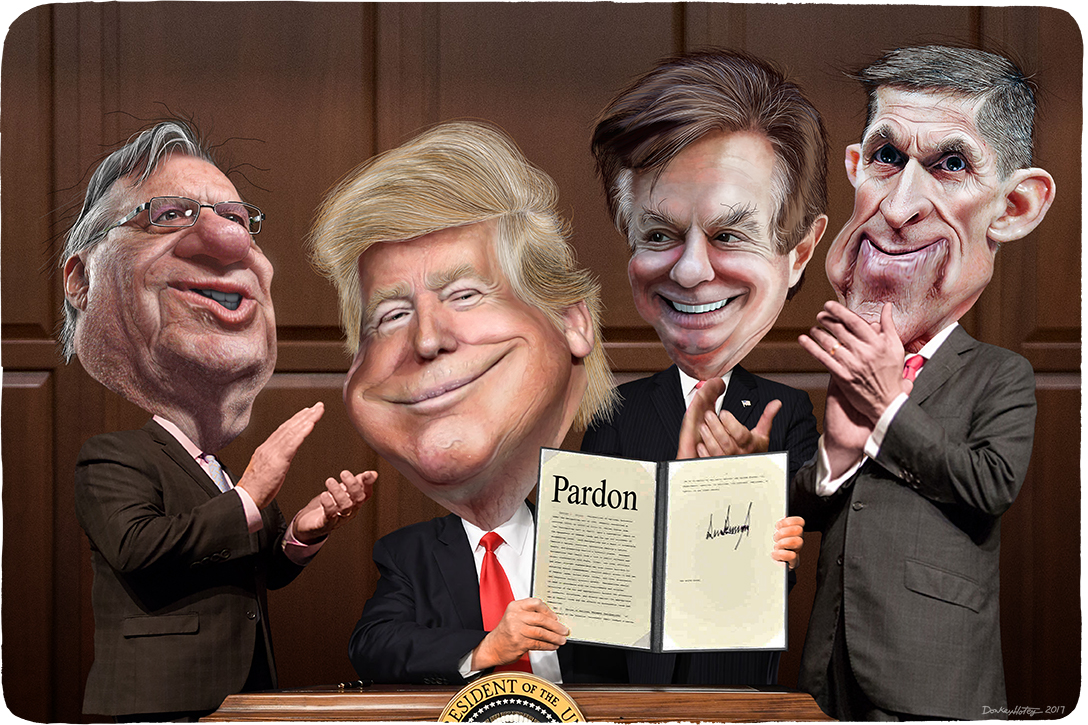 On its surface, President Donald Trump’s pardon of Joe Arpaio is many things: a slap in the face of Hispanics and an affront to the rule of law as well as a nod to Trump’s alt-right base and, of course, a gift to a man who was supposed to enforce the law who instead decided to openly break it.

In reality, however, it is about much more than that. The main beneficiary here is not the man who got pardoned. After all, it was not likely that Arpaio would have ever gone to jail over his contempt of court charge.

No, as with so many things Trump does, this pardon primarily helps himself.

As special counsel Robert Mueller is trying to get to the bottom of the president’s ties to Russia, one of the most important tools at his disposal is the ability to build cases against lesser members of Trump’s campaign to get them to spill the beans on his inner circle.

As Martin Sheil, a retired branch chief of IRS Criminal Investigation division, has pointed out for WhoWhatWhy, retired general and Trump’s first National Security Adviser Michael Flynn is likely already in deep trouble over non-disclosure of payments from foreign governments.

The same is probably true for Paul Manafort, who managed the campaign for a few months and whose house was raided by the FBI three weeks ago.

Ordinarily, both of them would be great candidates to give up all they know about potential wrongdoing by Trump and his campaign in exchange for immunity or leniency for their own crimes. However, this “sticks and carrots” approach only works if the stick actually stings.

With the Arpaio pardon, however, Trump is clearly trying to remove the stick from the equation. The president has not only shown that he will reward his allies for their loyalty — no matter how bad it makes him look — but he didn’t even wait until the process has played out (Arpaio had not been sentenced yet).

In addition, Trump showed a complete disregard for the regular pardoning process, i.e., an FBI background investigation for cases in which a pardon is being considered. While White House press secretary Sarah Huckabee Sanders had assured reporters on Thursday that any Arpaio pardon would “go through the thorough and standard process,” Trump proved her wrong a day later by forging ahead.

And that, too, sends a message. The president is willing to buck previous conventions and do as he pleases as long as it helps him.

So what’s to stop Trump from issuing some sort of blanket pardon for Flynn and Manafort for any potential financial crimes they committed? Very little.

In effect, with the Arpaio pardon, Trump offers the opposite deal as Mueller. While the special counsel can say: “I can protect you from punishment if you spill the beans,” Trump’s message is: “If you keep quiet, I will wipe your record clean.”

Needless to say that this is a perilous path for a country in which, theoretically, the rule of law should prevail. But maybe that’s just one more thing that is different under Trump.