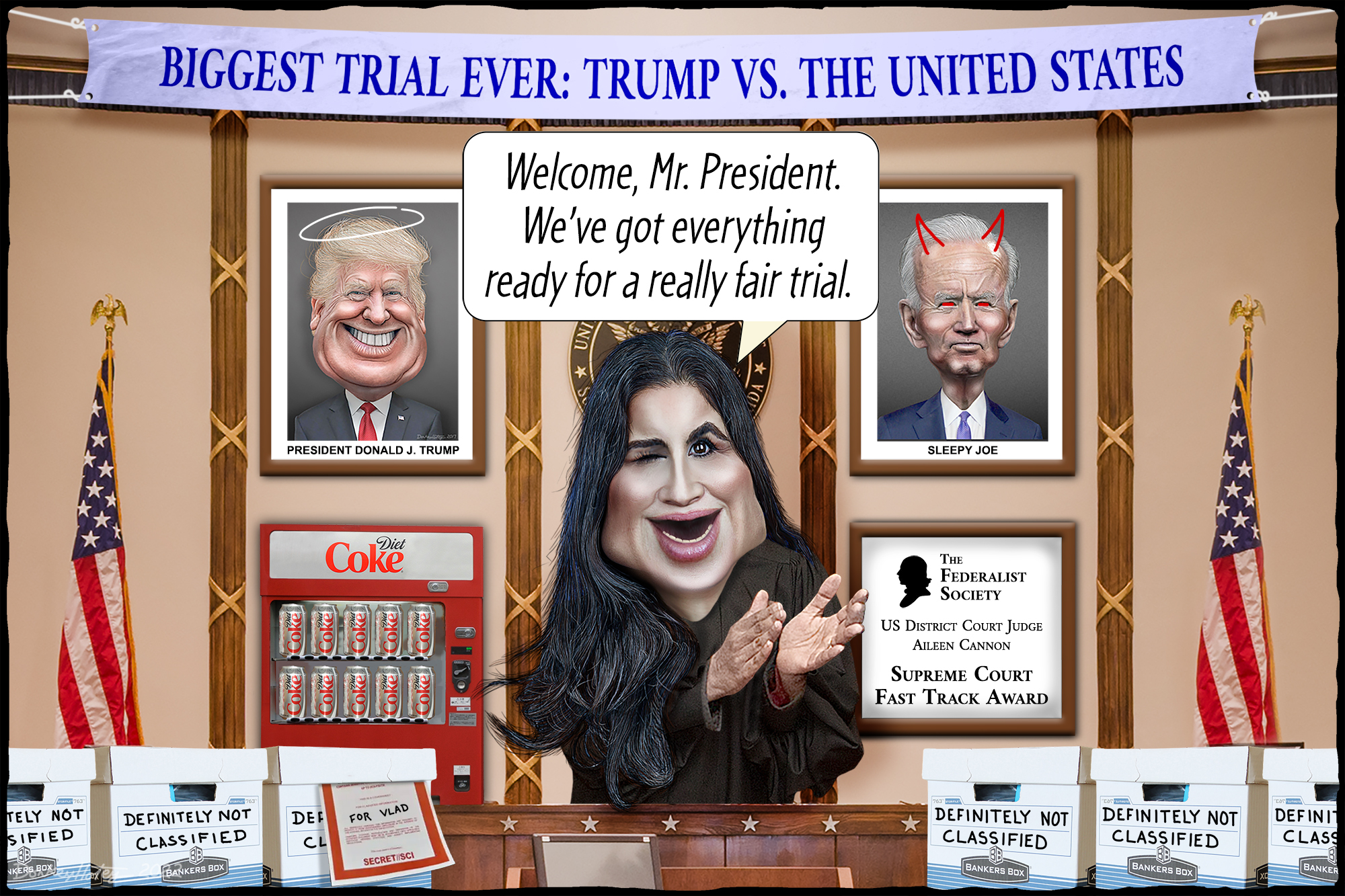 The Only Special Master Judge Cannon Knows Is Donald Trump

Her recent rulings in the case of a former president accused of (and essentially admitting to) stealing classified documents and haphazardly storing them at his residence show that US District Judge Aileen Cannon knows only one special master: Donald Trump.

And why wouldn’t she be beholden to him? After all, if somebody gave you a job you are not qualified for but can’t be fired from, then you’d owe them one. That’s probably what Trump concluded when he hand-picked Cannon to hear this case.

Legal experts were quick to condemn her latest ruling, part of which seems to assert that it is disputed whether documents marked as “classified” are indeed classified and that maybe the stolen documents did belong to Trump. It is a decision that must delight bank robbers.

Quite clearly, the ruling is flawed, but this shouldn’t come as a surprise — at least not to anybody who has been paying attention to the cult Trump has amassed around himself. It doesn’t matter which offices his supporters hold or what their reputations used to be, when push comes to shove, they will do his bidding.

Just ask Rudy Giuliani, who went from “America’s mayor” 20 years ago to a guy whose law license has been revoked, who is in legal jeopardy himself, and who has become a running joke.

And, of course, Trump’s rank-and-file supporters are completely detached from reality; scores of them have already gone to prison for crimes committed in Trump’s name or will be headed there at some point. Many of them even seem to be itching to go to war for him (shortly after Trump lost in 2020, the Arizona GOP asked its followers on Twitter whether they were willing to die for the ex-president).

All of this makes one thing painfully clear: If The People v. Donald Trump ever sees a courtroom, the question is not whether Trump is going to get a fair trial but rather whether the people will.

The Constitution offers protections to defendants in the US justice system based on the assumption that the state holds all the power. That’s usually true. If the government wanted to lock you up and throw away the key, they could.

To prevent that from happening, everybody plays by a set of rules… at least for the most part. Defendants have rights. They get an attorney, don’t have to say anything that can be used against them, deserve an impartial jury, etc.

These rules are sometimes bent but rarely broken. When they are, it’s a big deal. At least, it used to be pre-Trump. In office, he violated lots of them and wanted to break even more.

Out of office, he still doesn’t play by the rules.

Trump is like a golfer who cheats on every hole. Imagine a player who pretends he used fewer strokes than he did, kicks his own balls forward, and picks up those of his opponents to place them in worse spots. Even Tiger Woods would have trouble beating somebody who cheats so blatantly. Actually, Trump isn’t like a golfer who does these things, he is a golfer who does these things — and more. And the way he plays golf is the same as how he conducts himself in every other part of his life: relationships, business, politics. You name it, and Trump lies, cheats, and steals.

And that’s precisely why non-MAGA America won’t get a fair trial.

Yes, in theory, the state has more power (just like Tiger is a much better golfer). At any time, paratroopers could swoop in and pick him up for stealing classified information and doing who knows what with it (we have some theories).

However, the state also has to play by the rules, which means that it will not exercise that power. 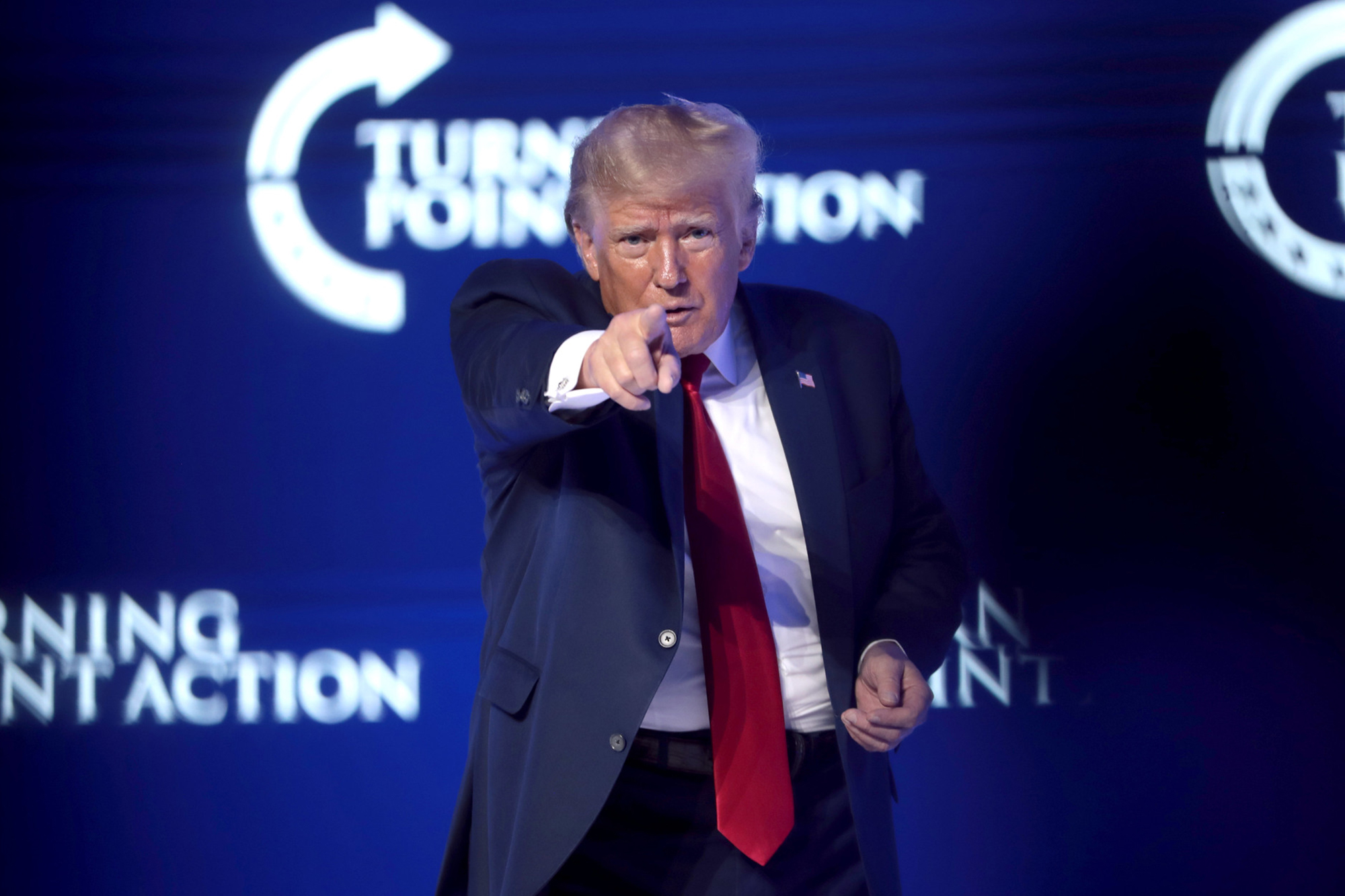 Trump, on the other hand, is not constrained by any rules or societal norms. And neither are many of his supporters. Take Cannon, for example. If you play by the rules, you assume that judges, while having their own biases, will make rulings based on the law.

Whatever court a judge is on, her decisions have to have some legal basis. It can’t just be, “I don’t like your face!”

But that’s essentially what Cannon appears to have done. Only in her case, it was, “I’m going to rule in favor of the guy who put me here even if I can’t actually justify that legally.”

Trump, of course, doesn’t play by any rules. Still, he is not just enjoying all of the protections granted to regular Americans (at least in theory), but also those granted to rich white men.

For example, in court he has made liberal use of the Fifth Amendment, which grants him the right against self-incrimination. In that case, the rules suit him. On social media, he is less careful about admitting that he has crimed.

This cherry-picking of rules that suit him and disregarding all others is one of the reasons why he has escaped any serious accountability for the hundreds of illegal acts he has allegedly committed, has been found guilty of committing, or that were committed on his behalf.

And this is also what gives him an advantage in this case. Trump has considerable power. Not as much as the state, but he has many assets at his disposal. There is an entire propaganda network of right-wing media outlets waiting to broadcast whatever lies come out of his mouth; the more than 200 judges that he appointed; the millions of brainwashed followers, including many who have shown a willingness to pick up arms for him; and a total disregard for anybody but himself.

Investigators need protection from armed lunatics. Whether it was the January 6 insurrection or the recent attack of an FBI office in Cincinnati, Trump supporters have shown that they will try to use deadly force if they don’t get their way.

Then there are the death threats, one of the weapons of choice of MAGA nation. Take the magistrate judge who signed off on the search of Mar-a-Lago after having been shown overwhelming evidence that the FBI would likely find stolen documents — which it then did. In the aftermath, he has faced many death threats. He is not alone. From election workers to members of Congress, including Republicans not sufficiently supportive of Trump, the ex-president’s supporters toss around death threats like they’re beads on Mardi Gras.

In addition, as Cannon’s bizarre rulings have shown, the proceedings also have to be protected from Trump acolytes on the bench who will try to derail the case against the former president. In order to ensure that justice has a chance, all of them, including the three Supreme Court justices Trump appointed, would have to recuse themselves. And, of course, so should Clarence Thomas, whose wife was among those plotting a coup.

The proceedings also have to be protected from Trump himself. It would be asking too much to get him to stop obstructing justice, but at least he should not be allowed to intimidate witnesses. It seems unlikely that this will be prevented, though, because the former president will do anything to save his own hide… including telling his supporters to burn the country to the ground.

Finally, if this case, or any other involving Trump, ever goes before a jury, justice can only prevail if no member of the MAGA cult is sitting on it. While this defies the spirit of the law, it is essential. There is simply no way a hard-core Trump supporter can be impartial. That would be like putting a member of the “Manson Family” on the jury of the Charles Manson trial.

No matter how irrefutable the evidence is, they are simply too far removed from reality to keep an open mind about any wrongdoing on the part of their orange demigod.

All of these are tall hurdles that Lady Justice needs to overcome to finally catch up to Trump.

We’re not convinced that it’s going to happen. The system simply isn’t designed for someone who has a total disregard for any rules and norms.

So, maybe, just this once, it would be better to stoop to his level and send in those paratroopers. After all, at this point, he is essentially the leader of a domestic terror organization. We hear the climate in Guantanamo is similar to that at Mar-a-Lago, and he can keep all the secret documents he wants in his cell.