Less than a month after the killing of George Floyd, New York Governor Andrew Cuomo celebrated signing a police reform package into law. “You don’t need to protest, you won,” he said at the time. “You accomplished your goal. Society says you’re right, the police need systemic reform.” But a year later — as he faces a potential impeachment trial over multiple allegations of sexual harassment, among other things — Cuomo has succeeded in placing a career prosecutor on the state’s highest court, someone who critics say has led “an active resistance to an equitable criminal legal system.”

Cuomo had nominated Singas and Cannataro on May 25 to 14-year terms to fill seats vacated by a judge who is retiring and one who passed away in March.

“On the anniversary of George Floyd’s death, we get a ‘law and order’ prosecutor elevated to the highest court — it just feels like Cuomo, for lack of a more articulate term, flipped the bird at the reform movement,” Alice Fontier, a public defender in Harlem and president of the New York State Association of Criminal Defense Lawyers (NYSACDL), told WhoWhatWhy.

Singas began her prosecutorial career as an assistant district attorney (DA) in the Queens County DA’s office in 1991 before moving over to the Nassau County DA’s office in 2006. She became chief assistant DA in 2011 and was elevated to acting DA after Kathleen Rice was elected to Congress in 2015. Later that year, Singas was elected as the district attorney.

With Singas confirmed, she is now the third former prosecutor on the bench. Chief Judge Janet DiFiore was the Westchester County district attorney, and Judge Michael Garcia was an assistant United States attorney for the Southern District of New York. 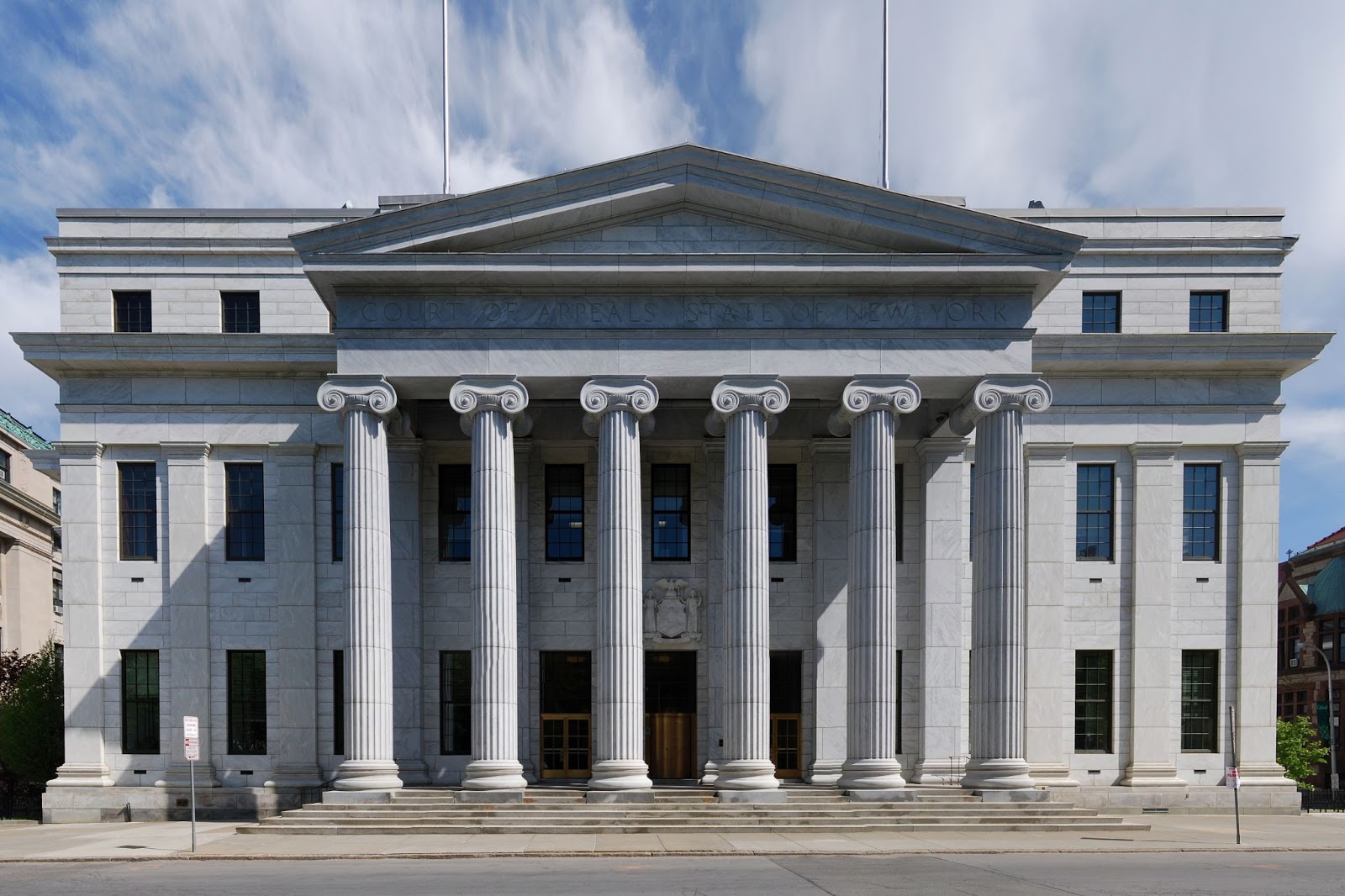 Under DiFiore, the Court has increasingly moved to the right and is “much less sympathetic to the rights of the accused,” said Vincent Bonventre, a law professor at Albany Law School.
During DiFiore’s first full term as chief judge in 2016, prosecutors won 80 percent of the criminal cases, compared with about 49 percent in 2012, an analysis showed.

“If Madeline Singas’s resume and her career as a Nassau County district attorney is any indication of how she will be as a judge on the Court of Appeals, that will just tilt the Court even more towards the pro-prosecution side,” Bonventre, who studies the court extensively, told WhoWhatWhy.

That is alarming to public defenders and other progressives. “There is an inextricable bond between the police and the prosecutors,” said Fontier. “There’s an inherent bias and conflict that is built in when you are a prosecutor who has been working for your entire career with those officers.”

As the highest court in the state, the NY Court of Appeals is often tasked with drawing the line between what’s acceptable for police officers and what is not. Very few people understand the importance of the Appeals Court, Bonventre says. But for New Yorkers, the Court of Appeals is more important than the US Supreme Court, especially when it comes to their rights and liberties.

“Whether we’re talking about fundamental rights, such as free speech, free press, right to counsel, search and seizure, education, parental rights, the New York Court of Appeals has the last word and usually doesn’t follow the Supreme Court at all, because it usually protects those rights much more than the Supreme Court says is necessary,” Bonventre says.

“She doesn’t have a record of someone who we think would be able, in any way, to switch to being a fair and neutral arbiter for taking on criminal cases when they come before her,” said Fontier, who co-authored a letter opposing Singas’s nomination on behalf of the NYSACDL.

In response to the criticism, Singas said at her confirmation hearing, “The minute I am confirmed my prosecutor hat comes off and it stays off. When I put on the black robes, I am a judge. I take my oaths of office very seriously and I will continue to do that.”

“When I see the Court of Appeals, I don’t see prosecutors or defense attorneys or civil litigants, I see Court of Appeals judges who are committed to do the right things everyday for New Yorkers,” Singas also said on Tuesday.

“What we have experienced over the course of American history — the gut reaction to arrest, prosecute, incarcerate does not actually reduce, minimize these types of, I believe, temporary increases in crime. You have to address the root causes of what is leading to these increases in order to actually address them in any real way.”

Following the confirmations on Tuesday, Cuomo praised Singas and Cantanaro effusively. “It is clear New Yorkers deserve to have fairness in the justice system upheld by the best of the best,” he said. “These judges are no exception to that and they will serve the courts with the highest honor.”

But state Sen. Alessandra Biaggi, who voted against Singas’s nomination, along with nine other Democrats and some Republicans, argues more representation from public defenders and civil rights lawyers is crucial. “We have an opportunity — and a responsibility — to build a bench that reflects our state’s diversity, understands the lived experiences of working-class and poor New Yorkers, and will champion human rights,” she wrote in an op-ed.

Senate progressives, including Biaggi, pressed Singas during Tuesday’s longer-than-normal hearing for her decades working for two district attorneys’ offices that critics deem among the “most punitive” in the state.

In an analysis, defense attorney Joel B. Rudin found 118 instances in which appellate judges ruled that prosecutors in the Queens DA’s office committed misconduct, including failing to disclose information to defense attorneys, between 1985–2017.

A state judge in Queens recently overturned the conviction of three men sentenced to 50 years in prison and one to life without parole for the 1996 killing of an off-duty police officer and a check-cashing store owner. Judge Joseph A. Zayas found that prosecutors in the Queens DA’s office violated the defendants’ Brady rights by failing to share information with the defense that could have exonerated them. All three walked free in March after serving 24 years behind bars.

Singas at that time was an assistant DA, working on a separate case against a member of a local robbery ring. As part of her case, Singas obtained a police report containing evidence linking members of the robbery gang to the double-murder — which could have cleared the three accused men. Instead of sharing the report with the team of assistant DAs prosecuting the double-murder case, as Zayas noted would have been “the logical thing to do,” she heavily redacted the report and failed to share it.

On Tuesday, senators also questioned Singas’s initial opposition to major bail reform legislation in 2019, and about her lack of judicial experience.

Other judges without previous experience have sat on various courts in New York and were still skillful judges, but according to Bonventre, the Albany law professor; “The problem, however, with somebody who’s been a prosecutor for most of her career, is that she hasn’t really seen the other side.”

The rise in violent crimes since the pandemic has prompted some officials across the country to consider leaning towards a tough-on-crime approach, but public defenders warn against it.

“What we have experienced over the course of American history — the gut reaction to arrest, prosecute, incarcerate does not actually reduce, minimize these types of, I believe, temporary increases in crime. You have to address the root causes of what is leading to these increases in order to actually address them in any real way,” Fontier said.

“We need compassionate judges,” said Roger Clark, a criminal justice reform advocate at Vocal- NY, who spent close to five years in state prison after he says he was coerced into taking a plea deal. “I’m not saying we need judges that are going to be in favor of Black and Brown [people], but I want them to be fair, and understand that the problem is the system, that the system is the one that tangles us up in there, you know.”

Despite the opposition, the president of the New York State Bar Association applauded Singas’s nomination, and said she brings “valuable experience as a respected prosecutor with a demonstrated commitment to public service and improving the lives of children and families.” The latter was a reference to her service on the bar association’s task force on domestic violence.

Meanwhile, critics speculated about Cuomo’s motivations for nominating Singas, including state Senator Sue Serino (R) who introduced a package of bills that would close what she called a “glaring loophole” that “empowers the Governor’s own appointees to play a significant role in his potential impeachment trial.”

The seven judges on the Court of Appeals would serve as jurors in an impeachment trial where Cuomo could face charges related not just to sexual harassment but to claims stating that he covered up nursing home deaths during the pandemic and misused state resources when writing and promoting his multi-million-dollar pandemic memoir. All seven judges have been nominated by Cuomo.

“No one accused of a crime gets to hand-pick their own jurors, and our scandal-scarred Governor should not get to either,” Serino said in a statement.

The package of bills, which would amend the state’s Constitution, would need to pass the legislature twice and a majority of New Yorkers would have to vote in favor of it — a process that could take up to two years — before it can become law.