The possible parole of Sirhan Sirhan — convicted of assassinating Robert F. Kennedy and imprisoned for more than half a century —  reminds us that disturbing questions still remain about what really happened in the pantry of Los Angeles’s Ambassador Hotel shortly after midnight on June 5, 1968.

The official story states that Sirhan was a militant Palestinian Christian, driven to murder the presumptive Democratic presidential nominee over his support of Israel. According to this view, anything suspicious about Sirhan’s identification as RFK’s sole killer can be explained away as inconsequential details; probing deeper into the killing is self-indulgent conspiracy theorizing, and releasing Sirhan now would be an affront to justice.

Many of us pride ourselves on being “pro-science” and are appalled by those who react reflexively to almost any “establishment” narrative with suspicion and counter-theories. COVID-19 and climate change come to mind.

Yet, many people — in a mirror image of their overly suspicious counterparts — reflexively rally around the establishment in a way that leaves no room for further discussion.

Nowhere is this more dangerous than when leading media organizations, academics, and others embrace narratives created by the so-called military-industrial complex — which so dominated the government that departing President Dwight D. Eisenhower felt compelled, in 1961, to warn us about it — especially where our secret intelligence agencies are concerned. So many examples have been revealed of incompetence, deception, and, in many cases, something close to villainy, with regard to the CIA, FBI, NSA, Secret Service, et al. By now, we should have learned to be skeptical of self-serving behavior by these entities or elements within them.

Yet, men who alter history, like Lee Harvey Oswald and Sirhan Sirhan, we are told, were not —  and could not possibly have been — part of something larger. In fact, those two cases, the murders of the Kennedy brothers, may well be linked.

Presidential candidate Bobby Kennedy was, according to some who knew him well, determined to pursue leads to his brother’s murderers, if elected. Some of the leads, as developed by investigative bodies, researchers, and many authors, point to elements in government, including disgruntled factions of the CIA, whose top leaders John Kennedy fired. These murders came amid a spate of 1960s assassinations targeting figures who threatened the establishment. 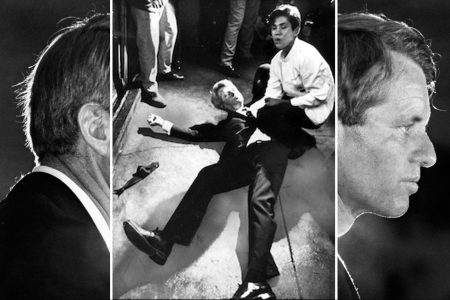 Aside from the context described above, consider the destruction of obviously vital evidence by the Los Angeles Police Department (which had guidance from its CIA liaisons). Here are a few examples, the ones that we know about.

Here is the strange tale of Enyart’s missing evidence: The police confiscated every photograph they could find, including Enyart’s. Later, when he asked for his film, he was told that all evidence of the shooting was sealed for 20 years. So he waited 20 years, then asked for his photos. The city said it had lost them. Enyart then filed a $2 million lawsuit against the city and state.

A few years later, Enyart was told that his negatives had been found in Sacramento, in the California state archives, where they had been misfiled. The state hired a courier, George Phillip Gebhardt, who flew to Los Angeles with an envelope said to contain the negatives, and then… Here’s the rest of the astonishing tale, in the words of the Los Angeles Times:

Gebhardt later told Inglewood police that as he headed downtown in a rented car, he got a flat tire on Century Boulevard near Freeman Avenue. He said that when he got out to inspect the tire, he may have left the right front window partially open. The courier said that when he got back into the car, his jacket, which he had left on the front seat, and the envelope, which he had left on the back seat, were missing. [Emphasis added.]

Gebhardt acknowledged that he didn’t see anyone near the car when he got out to check the tire. But he said that when he had stopped for a traffic light a block earlier, he had seen a man get out of a red car behind him and start pounding the fender of the red car with his fist. That man, Gebhardt suggested, might have slashed his tire.

On Wednesday, during preliminary court maneuverings for the trial of the lawsuit … attorneys for the city displayed contact prints they said had been made from the negatives before they were lost. None of the prints showed Kennedy after he left the ballroom.

Enyart insisted that the contact prints were incomplete. He said he had taken pictures that showed Kennedy twisting and falling after he was shot in the pantry: “I watched Kennedy fall to the ground. Where are those photos?”

Miller, the attorney for the city, responded with skepticism. “He’s trying to say two more rolls of film are missing, but they don’t exist,” Miller said. “There are no pantry pictures.” 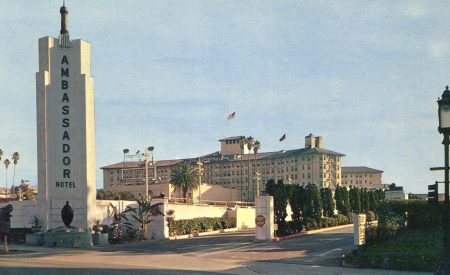 A final note on what may reveal the attitude of the Los Angeles police: a tape recording of police calls revealing a significant delay in sending police cars and an ambulance to the scene. Told of an emergency at the Ambassador Hotel and that Kennedy was there, an unidentified police officer responded: ”Big deal!” Then, after being specifically told that Kennedy had been shot, the officer took up time asking the employee to spell out the address of one of the most well-known hotels in Los Angeles.

But possibly all these curious details are merely… inconsequential.

Though a two-person parole board ruled in late August that Sirhan should be paroled, against the wishes of most of RFK’s surviving family, he isn’t yet out. The issue will now get a lengthy review, and Sirhan can only be freed on the fiat of California Gov. Gavin Newsom (D), or, if that state’s September 14 recall election goes awry, on the fiat of someone else, possibly a rightwing radio host, in line to replace Newsom.

George Gascón —  the Los Angeles district attorney who declined to send a prosecutor to argue for keeping Sirhan inside — is the most logical person to reopen an investigation. But he seems unlikely to risk his political capital on such a quixotic excavation through 53-year-old evidence.

September 6: This article has been updated to include more information concerning the evidence.

Russ Baker is editor-in-chief of WhoWhatWhy. He is an award-winning investigative journalist who specializes in exploring power dynamics behind major events.

Milicent Cranor is a senior editor at WhoWhatWhy. She was a creative editor at E.P. Dutton; comedy ghostwriter; co-author of numerous peer-reviewed articles for medical journals; and editor of consequential legal and scientific documents.