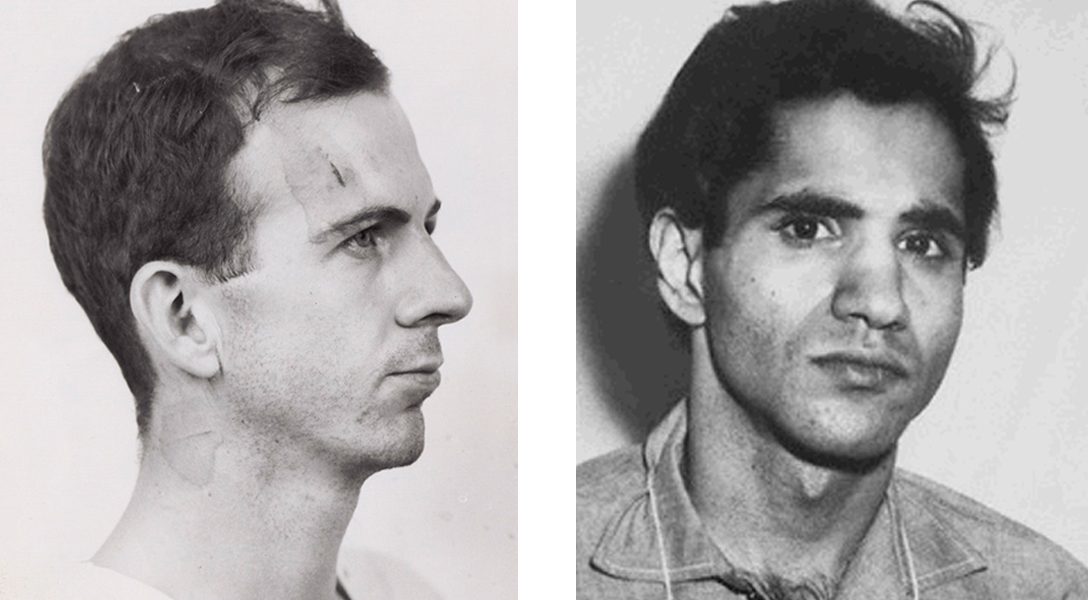 On the 50th Anniversary of Robert F. Kennedy’s assassination, May 24, 2018, the Israeli newspaper Ha’aretz trumpeted this headline:

And the article was pretty much what you would expect: an unquestioning acceptance of the US government-approved version of Robert F. Kennedy’s assassination, without one word about why anyone should question it. And — as in the case of Lee Harvey Oswald, alleged to have shot RFK’s brother President John F. Kennedy — Sirhan Sirhan’s childhood is supposed to explain everything.

He began to display psychological problems in early childhood, particularly during Israel’s War of Independence, which broke out when he was 3 years old. His mother, Mary Sirhan, told the Washington Post in 1979 how her son was scarred by the horrific scenes of fighting he witnessed in and around the Old City….

As for those who think there was quite a bit more involved in RFK’s murder, Ha’aretz gave the standard explanation:

Journalists, like many readers, find it difficult to accept the thought that an individual with a pistol and sufficient malice can divert history from its course.

Some version of this lame concept is repeated again and again in stories on political murders to anesthetize suspicion about such political murders. Several mainstream media have repeated some version of it. In a fawning review of Gerald Posner’s book, Case Closed, the New York Times quoted Posner quoting William Manchester, one of President Kennedy’s biographers:

If you put the murdered President of the United States on one side of a scale and that wretched waif Oswald on the other side, it doesn’t balance. You want to add something weightier to Oswald…. A conspiracy would, of course, do the job nicely.

Here’s what people really find hard to accept: the very idea that such crimes might be committed by the people who run this country, and a media with more ambition than intellect and integrity that, consciously or not, help cover it up. But more and more facts keep escaping into the air, so, at regular intervals, they have to give the cover-up a touch-up.

Getting back to the supposed author of said bullshit, William Manchester — he is not only the author of Death of a President, he is also the author of some astounding self-serving lies about himself, especially his World War II record. He did earn a bronze star for his service but that wasn’t enough for him. The American Spectator exposed several of his false claims:

Manchester loved glory. So it’s not hard to believe that, for the glory of it, he would write a book about the JFK assassination that would put the right spin on it. And that would include a word about why people “need to believe” in conspiracy.

For years WhoWhatWhy has been expressing skepticism about these poorly supported official narratives, and now the Washington Post finally showcases on its front page, a story that raises the doubts that others have been raising for decades. It reports that Robert F. Kennedy, Jr. does not believe Sirhan killed his father, and supports the calls for a reinvestigation into the assassination.

The facts show why some people would prefer the official lone gunman fairy tale. Fact: Witnesses said the barrel of Sirhan’s gun was two to six feet in front of Kennedy, yet, the autopsy places the fatal shot one inch behind Kennedy’s right ear. Fact: An audio tape of the murder has 12 or 13 shots on it, but Sirhan’s gun could only fire 8 shots.

We will continue to question this mystery, not because we like conspiracy theories, but because we believe we do not have the whole story. Below is a list of WhoWhatWhy stories posted so far, some with short summaries on Robert Kennedy’s murder.

Compressed excerpts from Vancouver Sun interview of Nina Rhodes-Hughes, who stood behind RFK the night he was shot:

“He turns to his left a little bit and starts to greet some of the kitchen staff … Suddenly, he turns to his right and went straight ahead towards … the other press room … then, as I’m looking at him, I heard ‘pop, pop.’”

For a split second, she thought they were flashbulbs. Then, to her left, ahead of the senator, she saw him, Sirhan Sirhan, standing on top of a steel kitchen table.

“He was higher, he was standing up on a steam table, not floor level … I see Rafer Johnson and Rosey Grier running toward Sirhan Sirhan to tackle him.”

Only two shots had been fired. As they brought him down, more rang out to her right, close behind senator Kennedy.

“The shots are pop, pop, pop, pop, pop … Rapid gunfire, 12, maybe 13 in all. People are falling, people are sliding down the wall, people are ducking and I’m screaming. Then I look down and I see the senator has fallen. He’s lying on the floor. He has been shot.”

No law enforcement official spoke to her that night and the FBI didn’t interview her until a month later. She told them all of the above. Yet, she found out much later, the FBI lied about what she reported. They said she heard only eight shots — the exact number of bullets Sirhan’s gun held — and that she saw bright red flashes emanating from the gun, none of which is true.

Paul Schrade, friend of RFK, said that new evidence shows Sirhan shot him and several others — but did not shoot Kennedy:

The LAPD and LA DA knew two hours after the fatal shooting of Robert Kennedy that he was shot by a second gunman and they had conclusive evidence that Sirhan Bishara Sirhan could not and did not do it. The official record shows that [the prosecution at Sirhan’s trial] never had one witness — and had no physical nor ballistic evidence — to prove Sirhan shot Robert Kennedy. Evidence locked up for 20 years shows that the LAPD destroyed physical evidence and hid ballistic evidence exonerating Sirhan, and covered up conclusive evidence that a second gunman fatally wounded Robert Kennedy.

Sirhan: A “Manchurian Candidate” in the RFK Assassination?

Author and filmmaker Shane O’Sullivan spent 12 years examining how Sirhan might have been “programmed,” and by whom.

In the 1970s, Congressional hearings established that, back in the 1950’s, the CIA and other agencies experimented with the use of hypnotism to program assassins to assassinate — and have no memory of actually having done it afterward. Some of the psychiatrists who looked at Sirhan became aware of that context after his trial, and began to see him as the closest we have to a real-life manchurian candidate.

The Full Story of the Sirhan Sirhan Parole Hearing

What Did the Death of Bobby Kennedy Mean?