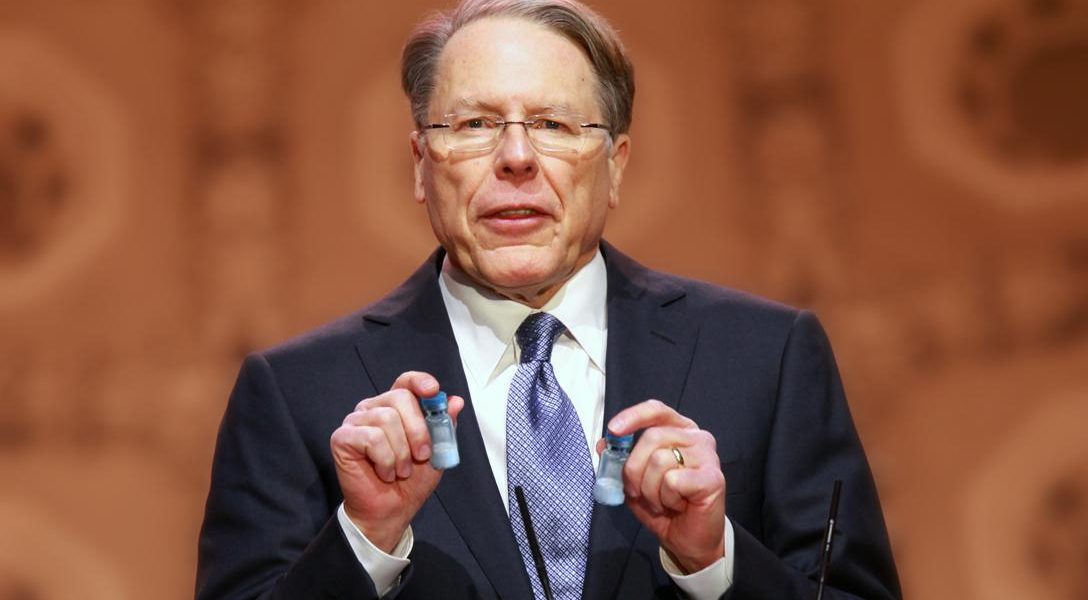 The National Rifle Association (NRA) has launched a $1.8 million lobbying campaign to get Congress to repeal the Weaponized Anthrax Prohibition Act of 1972 (WAPA).

“The Second Amendment of the Constitution clearly states that ‘the right of the people to keep and bear arms shall not be infringed,’ so it is time that our government remove the shameful prohibition of weaponized anthrax,” said NRA Executive Vice President Wayne LaPierre.

LaPierre added that weaponized anthrax clearly falls under the definition of “arms.”

“I mean, come on, it even has the word ‘weapon’ in its name,” he said in a brief interview. “I can guarantee you that our Founding Fathers would have wanted all Americans to have access to this highly dangerous and lethal bacteria.”

While most people know the NRA for its strong defense of the right of Americans to own firearms – from simple pistols to high-powered automatic assault rifles – the group has recently stepped up efforts to allow Americans to own every type of weapon.

Ted Nugent, the musician and outspoken NRA board member, said the call to lift the ban on weaponized anthrax is the logical consequence of the group’s policy to oppose any restrictions to the Second Amendment. “Who has given the US government the right to tell honest Americans that they cannot own assault rifles, weaponized anthrax, rocket propelled grenades or nuclear-tipped intercontinental ballistic missiles? Certainly not the Constitution or the Founding Fathers,” said Nugent when he was reached by phone. “Personally, I’d rather have my neighbor’s finger on the trigger than that of Barack Hussein Obama.”

In addition to the lobbying effort to repeal WAPA, the NRA also wants teachers to have easy access to weaponized anthrax.

“God forbid, but imagine a student showing up in school with anthrax. The only way to stop that child is with a dose of weaponized anthrax in the possession of the teacher,” LaPierre argued.

He proposed that all classrooms have a small stash of the deadly bacteria. If necessary, teachers could use blowguns to fire the powder at students. This would keep collateral deaths at a minimum, LaPierre argued.

Although they were initially skeptical of the plan to repeal WAPA, congressional Republicans said they are coming around to the idea.

“Technically, the possession of weaponized anthrax is covered under the Second Amendment,” said House Speaker Paul Ryan. He added that he believes that, just like with assault rifles, most Americans would use weaponized anthrax, RPGs or nuclear-tipped intercontinental ballistic missiles for hunting.

“When you want to kill a lot of deer quickly, an assault rifle alone won’t do the trick. Sometimes it takes something a little bigger,” he said. “I’m from Wisconsin and I know these things.”

Senate Majority Leader Mitch McConnell echoed Ryan’s sentiments and pointed to another argument for why weaponized anthrax should be legal.

However, not all Republicans are on board with the plan.

“That is the dumbest thing I have ever heard,” said moderate Sen. Susan Collins from Maine. “Seriously, who even comes up with stuff like that? Why would we allow anybody to have weaponized anthrax or nuclear weapons? Why would we give people an instrument to kill lots of other people? That doesn’t make any sense.”

Asked to comment on her statement, LaPierre said the NRA would find and fund a primary candidate to run against Collins.