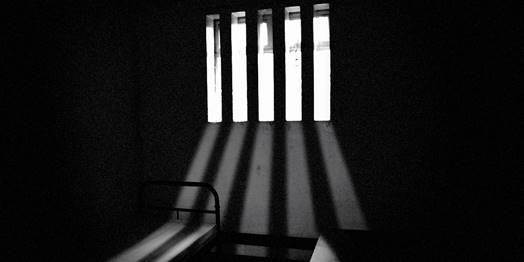 In her closing argument, Dzhokhar Tsarnaev’s defense attorney Judy Clarke told the jury they could “check off” some of the sections of the verdict slip.
Criminal Justice Government Integrity In her closing argument, Dzhokhar Tsarnaev’s defense attorney Judy Clarke told the jury they could “check off” some of the sections of the verdict slip.

Why no interview of the jurors. Never seen such a high profile case where the jurors are not interviewed after the verdict.

The problem with this response is that it’s wrong. The appeals court does not look at the strategy, they look at the application of the law. It doesn’t matter if Clarke said, “he was there,” or that they didn’t object to much of the prosecution’s theory. It wouldn’t matter if they’d screamed that the entire operation was the brain-child of the federal government gone rouge in an attempt to earn funding by playing on our fears, either.

It WILL matter, of course, if the appeals courts find egregious errors (and I suspect they will – O’Toole was blatant in his decisions to allow prosecutorial over-reach) and orders a new trial. If and when that happens, then his attorneys should review this team’s “defense” and work hard not to repeat it.

Clarke’s attempts not to anger the jury by not challenging the evidence didn’t work: they still hated Tsarnaev and wanted to kill him and no one gave them a reason not to do so. Of course, that is the first “appeal-able” action: the case should have been moved out of Boston. The bombings affected the entire city. There was no way to seat 16 unbiased jurors.

And, how repugnant I find his so-called Defense Attorneys who were obviously working “for” the FEDS, who on Day 1, stated he “did it”, the whole entire thing is awful.

I feel sorry for his parents and relatives.

I find the following mitigating factors.

1. CIA, FBI and other files on Tamerlan Tsarnaev were not released.

2. FBI shot Todashev and has provided no public accounting of whether Todashev knew that Tamerlan Tsarnaev was a CIA agent or FBI “informant”.

3. FBI, CIA, DOJ have refused to answer questions from Congress on their role before bombing.

4. FBI has been behind almost every bombing attempt in US in last 14 years.

5. Tsarnaevs finished bomb early, were supposed to use it in July. This tends towards theory there was an FBI plot.

6. Who made the bombs was never proven.

7. FBI has more probably than not lied about its interaction with Russia over Tsarnaevs.

9. Professor who influenced Tsarnaevs may work for CIA.

10. FBI covered up and suppressed evidence in OKC bombing in a parallel manner to Boston Bombing.

11. There was likely a warning or tip of some kind by the British government before the Boston Bombing combining information about Tsarnaev, Russia, Chechens, Berezovsky death and possible risks to MIT and Harvard because of their role in IMF loans to Russia blamed by Chechens for financing the Chechen genocide in 1990s. This is likely why David Cameron visited FBI HQ and Boston after the bombing and implied they had to do it better next time.

12. The FBI has concealed information on this from Congress, the public and the jury.

13. The FBI did a background check on Stanley Fischer for vice chairman of Fed in which information on some of this was provided by universities including MIT. This has been withheld from the public and kept secret by the Senate.

14. FBI has become used to walking out of Congressional hearings, withholding information from courts, inventing lies to cover methods.

15. It appears the FBI set up a false cover story to conceal its use of NSA methods in the days after the Boston Bombing.

16. This included false statements at the press conference that a video showed Tsarnaev planting bomb.

17. The FBI concealed that it knew who the Tsarnaevs were and that it was watching for them in Cambridge.

18. The FBI killed Tamerlan Tsarnaev and Todashev and in both cases the medical evidence is inconsistent with the FBI story of how that happened.

This whole thing stinks to high heavens and nobody, I mean absolutely nobody in the justice system of America will do a damn thing about it. The ‘American Pie’ gets more rancid every day. Unforking believable!!! By the way/: ‘MarkTenneyNewMathDoneRight ‘. Very well put. You must be weeping and screaming at the same time. Nice to see someone with brains and balls!

Thanks. In strange ways, I came to have a little info on it and opportunity to interact a little with the government.

Thanks. Half of MIT sits inside the CIA’s posterior.

good opinion piece about the damage the defense team has done to any potential appeals.

somebody needs to help this poor kid.
http://www.kookisneaks.com/tsarnaev-defense-strategy-ensured-a-death-sentence-and-damages-potential-appeals/

and is lavishly funded by DOD

thank you, I find several points very interesting and I hope you don’t mind I have copied and pasted over on forums at the TBMB website

Fine. I like that site, very good. Nice job.