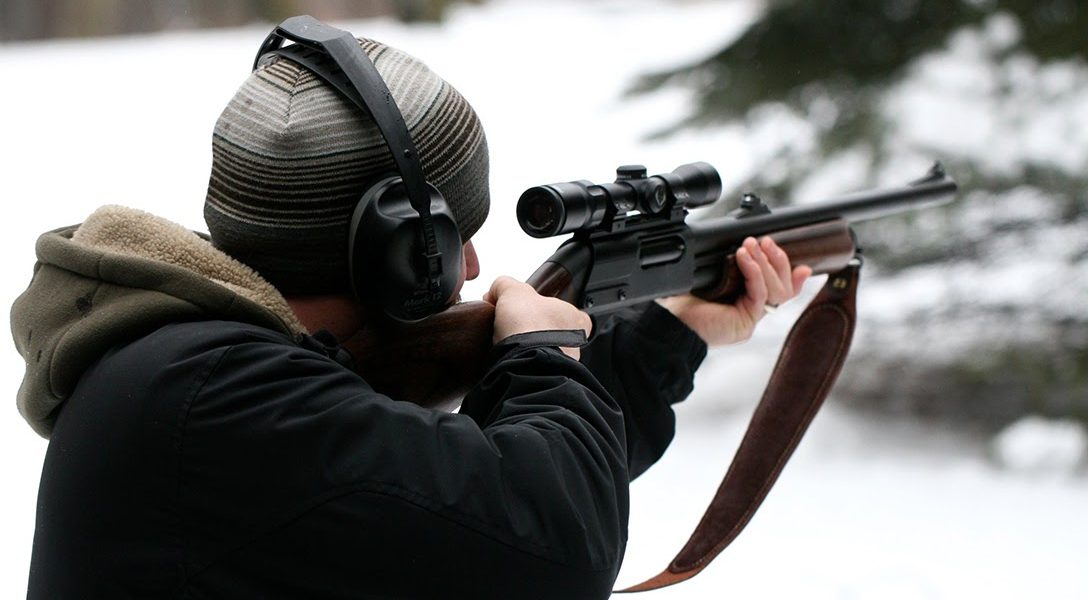 Kevin Cruser was born and raised in Texas, where family pastimes included camping, fishing, and hunting. He shot his first deer when he was 11, and guns have been a part of his life ever since.

So, especially in a country polarized over guns, it might be surprising to learn that someone like Cruser is worried about gun safety. And it turns out he is hardly the only gun owner to feel this way. In fact, polling has shown that many of them support at least some gun control legislation.

“I’m not scared of guns,” said Cruser, now a burly, 43-year-old attorney with a friendly, open smile. “They’re my way of life and there are a lot of Texans who have the same background as me.”

As much as Cruser enjoys shooting, sometimes with automatic weapons, he says that he never saw anyone bring one on a hunting trip 15 or 20 years ago. To Cruser, their possession by civilians is nonsensical, especially given their role in mass shootings.

One day, a friend of Cruser mentioned that he was involved with a group called Texas Gun Owners for Safety. It is part of a coalition of organizations created by the Giffords Law Center to Prevent Gun Violence. The objective of the new groups is to protect the Second Amendment while also increasing laws around gun ownership. This group sounded like a great fit for Cruser and he decided to join. Now he is part of the steering committee that discusses policy positions and the group’s activities.

Texas isn’t the only state with one of these organizations. About a year ago, Giffords also launched them in Colorado and Minnesota. These groups have the same overall message and similar goals, which are spelled out clearly on each of their websites. They believe “it’s possible to prevent gun violence while also supporting the Second Amendment.”

Giffords aids these groups by providing the resources to hold meetings and gatherings at town halls, but they don’t provide them with direct financial support. What brings these diverse volunteers together is their passion for safer gun laws so that nothing treads on their Second Amendment right.

“Fine, you want to own an AR15, a weapon that puts hundreds of rounds of ammunition down range, you should just have to jump through some more hoops.”

Gun owners have been joining these groups to prompt changes in their states, but they also have goals to press for change on the federal law level.

Within the groups, members share their own reasons for wanting to tighten laws on gun ownership. Cruser said he believes owning different types of weapons yields different types of responsibilities for owners. He cites the rules and restrictions that come with driving as an example. When you drive a Prius, you need a regular driver’s license. But when you drive an 18-wheeler, you need to pass more tests and go through more training. He questions why this isn’t the case with owning assault weapons.

“Fine, you want to own an AR15, a weapon that puts hundreds of rounds of ammunition down range, you should just have to jump through some more hoops,” Cruser said. “Prove that you’re responsible enough to handle that thing.”

Fellow Texan Josh Sanderson, a deputy executive director at the Equity Center in Texas, said he wants to have a logical and rational conversation as a society.

“The Second Amendment says you have the right to bear arms, but there are many arms,” Sanderson told WhoWhatWhy. “There’s some reasonable line, like you cannot own an M60 or grenades; [but] that line has been blurred. Some weapons were designed for one purpose, which is efficiently killing human beings.”

Sanderson added that, in the short term, those advocating for better gun laws have to change the narrative because many people believe that something needs to change. He thinks that will happen when gun owners jump into the discussion and say “we’re not taking your guns away.”

The issue is more nuanced, Sanderson explained. He stands for the Second Amendment but says there’s a need for reasonable restrictions to create a safer environment.

“I don’t want to have to worry about taking my kids to school or shopping on the weekends,” Sanderson said.

One issue Sanderson has with the topic of gun control is that some factions, such as the National Rifle Association (NRA), try to frame the discussion as being pro- or anti-guns.

Sheila Isong, engagement director at Giffords, insisted that preventing gun deaths isn’t a political statement. She said that the organizations in Texas, Colorado, and Minnesota have a wide variety of members of different ages, political beliefs, and backgrounds who come together to promote safer gun laws, such as universal background checks.

Discussing Gun Control Without Killing Each Other

Their overall message is the same, but their work differs because each state has its own culture, laws, and legislative structure. Rather than operate as a unit, the groups get involved according to the situation in each state and what legislation is being presented at the time.

According to Isong, Giffords plans to foster groups in more states, but they’re still trying to figure out which states should come next.

Texas, the most recent state to form a group, was chosen for many reasons, Isong added. Texas has been associated with gun ownership for decades and it’s known for its gun culture. Further, it has a lot of national impact and its state representatives — from rural and suburban areas, as well as cities — have diverse views.

Cruser agrees. “The Texas miracle is talked about all the time and all the people moving to the state because of our economy,” he said. “If not Texas, then where? We are the epicenter of a state rooted in gun culture, but [the] demographic is shifting. So if not now, then when?”