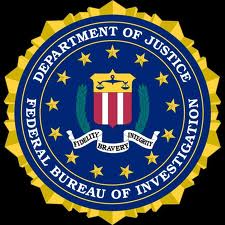 A recent internal investigation found that FBI agents wrongly testified in 95 percent of criminal cases in which they’ve participated over the past two decades.
Criminal Justice Government Integrity

FBI: Hanging By A Hair A recent internal investigation found that FBI agents wrongly testified in 95 percent of criminal cases in which they’ve participated over the past two decades.

Turns out the FBI has been placing a heavy thumb on the scales of justice for over two decades.

The Bureau’s website claims its laboratory uses “cutting-edge science to solve cases and prevent acts of crime and terror.” But now the Department of Justice has admitted that the FBI “microscopic hair comparison unit” regularly overstated forensic matches when testifying against criminal defendants. This may have led to wrongful convictions in hundreds of cases.

An internal DOJ and FBI investigation, triggered by a Washington Post story from 2012 that first reported on the flawed forensics work, formally acknowledged that FBI experts had given incorrect testimony in nearly all cases in which they testified for more than 20 years prior to 2000.

WhoWhatWhy has covered a number of other instances of even more questionable FBI behavior that are known to but have been ignored by the Post—among them the Boston Marathon Bombing case and the investigation of Saudi connections to 9/11 in South Florida. So our readers are already aware that the FBI’s much-hyped reputation of near-infallibility in crime-fighting is mostly based on self-serving propaganda.

But this new revelation, coming from an establishment media icon like the Post, should open up the Bureau to a long-overdue probe by independent investigators.

The Post’s Spencer S. Hsu, who has been following the FBI for years, was the first to report on the initial results of the review, and the resulting admission by the DOJ and FBI that there was indeed a serious problem. Specifically, of 268 trials reviewed so far in which hair analysis was used against the defendants, FBI experts provided flawed forensics testimony 257 times, including in 32 death penalty cases. That’s 95 percent. In virtually every case, the FBI “errors” bolstered the prosecution’s efforts to convict defendants. At least 1,200 additional cases will be reviewed.

The findings will be welcome news for hundreds of convicted felons who may now get another chance to appeal their verdicts. The chances of winning such appeals will vary, since in many cases the convictions were based on more evidence than the testimony of FBI witnesses alone.

In a joint statement, the FBI and DOJ said they were “committed to ensuring that affected defendants are notified of past errors and that justice is done in every instance.” Unfortunately, that will not include the 14 individuals who have been executed already or who died in prison after having been convicted at least partly on the basis of flawed analyses.

Peter Neufeld, a co-founder of the Innocence Project, which assisted the Bureau and the Justice Department in the review, summed up the work of the ostensibly professional forensics lab to the Post: “The FBI’s three-decade use of microscopic hair analysis to incriminate defendants was a complete disaster.”

Democratic Senator Richard Blumenthal, a former prosecutor, was even more damning. “These findings are appalling and chilling in their indictment of our criminal justice system, not only for potentially innocent defendants who have been wrongly imprisoned and even executed, but for prosecutors who have relied on fabricated and false evidence despite their intentions to faithfully enforce the law,” Blumenthal said.

The ineptitude—or worse—of the Bureau’s forensics experts has managed to achieve something rare in today’s Washington: unite Republicans and Democrats.

Senate Judiciary Committee Chairman Charles Grassley, a Republican from Iowa, and Patrick Leahy from Vermont, the panel’s ranking Democrat, have asked for a thorough examination of when the lab began failing in its mission and how that failure could have persisted for so long.

Sen. Grassley has long cast a skeptical eye on the FBI. This year alone, he has called the behavior of the Bureau into question over charges of nepotism and favoritism in its Mobile Surveillance Team; over how the FBI spends fees from its fingerprint-based Criminal History Record Information checks; and for obstructing an investigation of the Office of the Inspector General. The senator has also been instrumental in forming the bipartisan Whistleblower Protection Caucus, launched on February 25 of this year.

When Incompetence is an Emergency

The expressed intention of the DOJ and FBI to rectify this particular mess merits the faint praise of “better late than never.” But the far larger issue of a federal police force operating without clear oversight in matters that affect both national security and individual liberties clearly deserves immediate attention.