To Crowdsource a Conspiracy

With 2020 election deniers and all manner of maniacs on the midterm election ballot, for once those “fate of democracy” screeds that accompany fundraising pleas are onto something.

So you can be excused for probably having missed an important historical development: One of the four political assassinations of the turbulent 1960s that changed the path of our country has reverted from the “solved,” to the “officially bungled and now admittedly unsolved” category, with literal public cost.

To be sure, many Americans have long doubted the “official narratives” around the murders of the Kennedy brothers and Martin Luther King Jr. I am one of them, as you no doubt have guessed. But even the “official record” cannot say who killed Malcolm X.

All we know is that the shooter escaped, and, of the three men convicted for the 1965 murder, two have been exonerated, one of whom died in prison. Last month, his survivors and the other wrongfully convicted suspect were awarded $36 million from the New York state and city taxpayers for spending decades behind bars for something they didn’t do.

As for who actually shot Malcolm X, who they were working with, and on whose orders they were acting — nobody knows. Thus Malcolm X’s killer, the literal triggerman in a major political event, remains at large. (And, for anyone keeping score, the alleged “real killers” of John F. Kennedy, Robert F. Kennedy, and King have also all either denied the deed before their deaths or recanted their “confessions.”)

It is dissatisfying not to know, after five decades, who is responsible for killing a generational political leader. That cipher leads down all kinds of dark corridors of the mind. (We eventually learned that the Chicago police killed Black Panther leader Fred Hampton; who in power might have wanted an icon like Malcolm dead?)

I bring up all this because, as the chilling and bizarre attack on Paul Pelosi demonstrated and as Barack Obama recently warned, it is increasingly obvious we may be living through another transformative era of political violence, though this one certainly appears more chaotic than conspiratorial. That’s because the “bad guys” have gotten better at getting their way, and now have everything from television to social media to get others to do their bidding.

The Republican candidate for Nevada Attorney General, Sigal Chattah, has repeatedly referred to trans people as "trannies" and said there should be fewer of them. She doubled down on it in this media interview. pic.twitter.com/JZbCiHswR6

Though real conspiracies have always existed and been a handy tool for the powerful and the ruthless, a pet peeve of mine is the way that the calculating and the reckless have hijacked a legitimate prism for viewing history for their own purposes. Ascribing everything to conspiracy just reinforces the establishment cadres who deny conspiracy anywhere.

This is why, out of so many available outrages, I found myself brooding about this newest truth crisis when, after a deranged drifter managed to break into House Speaker Nancy Pelosi’s San Francisco home last week and smash her husband’s skull with a hammer, a subsequent flood of cynical and opportunistic misinformation was pushed out on social media.

I find it deeply unsettling to have to suffer through nascent conspiracy theories that, despite being transparently phony, nevertheless gestate, multiply, and spread before our very eyes, this time on an even wilder and more unpredictable version of Twitter than usual.

Elon Musk, the world’s richest man and, as Twitter’s new CEO, the world’s most influential social-media user, chose to use his platform to  breathe life into the absurd and baseless homophobic claim that the man who broke into Nancy Pelosi’s home, demanding to know “Where’s Nancy?” before attacking Pelosi’s husband, was part of a gay tryst gone wrong.

Preposterous codswallop — directly contradicted by the perpetrator, the cops, and common sense — but easy enough to swallow for anyone predisposed to believe the media and the police are in cahoots in service of some grand conspiracy, and that the Democrats are all debased hypocritical perverts (which, as far as I can tell, is the only clear message QAnon offers).

He deleted it soon after posting.  Maybe he got a DM from his board, or from his legal counsel. But I thought about what it meant that Musk, whose every utterance can move markets and influence society, was so stupid or careless or vicious as to amplify a talking point pushed by Donald Trump Jr., one of the many who created revolting memes in response —  and sickeningly celebrated the attack.

For others, the attack offered endless opportunities to advance a preferred uber-narrative, whether that be portraying California as a cesspool of liberalism gone wrong, or decrying the perils of lenient attitudes toward drug use.

Liberals, quite accurately, have argued that David DePape, the 42-year-old, semi-homeless drifter who lived in a garage and managed to break into the home of the speaker of the House of Representatives undetected, was radicalized by the constant barrage of poisonous vitriol aimed at Nancy Pelosi over the past 15 years, which, in the Trump era, turned increasingly fantastic. 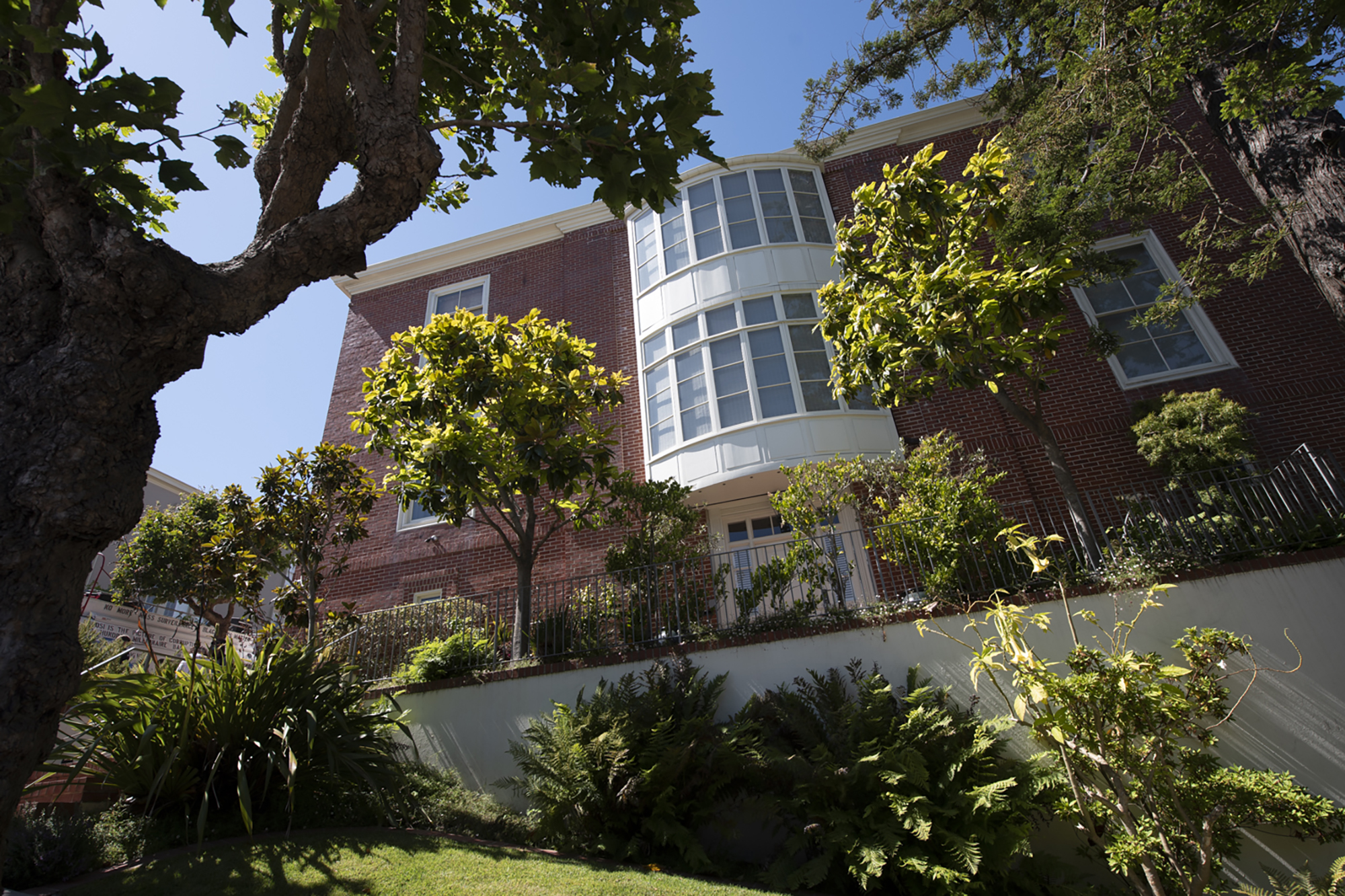 Pelosi and other top Democrats are implicated in complex, far-fetched plots by adherents of QAnon and other morbid fantasies. Adherents including DePape, whose paranoid worldview — 9/11 trutherism, a swirling sea of conspiracies — centered on Pelosi for a reason. It prompts us to wonder: Who is next, and which political attack will finally succeed?

Obama warned that January 6 and other disturbances portended worse still to come. He didn’t say what that would be, nor divine deep root causes or profound solutions, but he got one thing very right.

I think Obama is downplaying the threat and ought to use clearer and more urgent language. As the nation’s first Black president, surely he had dark fears lurking in the back of his mind even before an unhinged man, convinced that Washington officials were controlling America and that Obama “had to be stopped,” fired seven rifle rounds at the White House in 2011, an attack the Secret Service didn’t even notice until four days later.

“Stochastic terrorism,” a theory popularized for good reason during the Trump era, is defined as “the public demonization of a person or group resulting in the incitement of a violent act, which is statistically probable but whose specifics cannot be predicted.” The inciter, whose hands remain clean, can plausibly deny any involvement while reaping the benefits.

There are too many examples of this notion in motion to list. There’s the deranged Trump supporter who mailed pipe bombs to the president’s list of favorite bêtes noires, including CNN hosts. (Speaking of pipe bombs, somehow, the FBI still has no idea who it was that placed several homemade explosives around the Capitol the night before January 6, 2021.) Though rightwingers will rightly point out that, on their side, are also victims, it certainly seems clear that one side in the partisan divide bears vastly more responsibility.

.@joenbc is 💯% right here. GOP politicians dialed up the dosage of the violent and apocalyptic rhetoric so high that their mainlining base demands it. And they're not just politically afraid of suggesting rehab, they're physically terrified of the addicts' possible response. https://t.co/NPGZviHibT

Declaring our political discourse hopelessly toxic and the consequences deeply grim is not an original observation, but this is our reality. We have a duty to recognize it as such, rather than deny the obvious. We’ve been building toward some grave incident — or incidents — for years now.

With inflammatory rhetoric everywhere you turn, with commercial entities like Fox News and an army of elected officials essentially priming for terror on a daily basis — and with so many motivated crazies armed to the teeth on the march — would we even be able to recognize an organized plot?