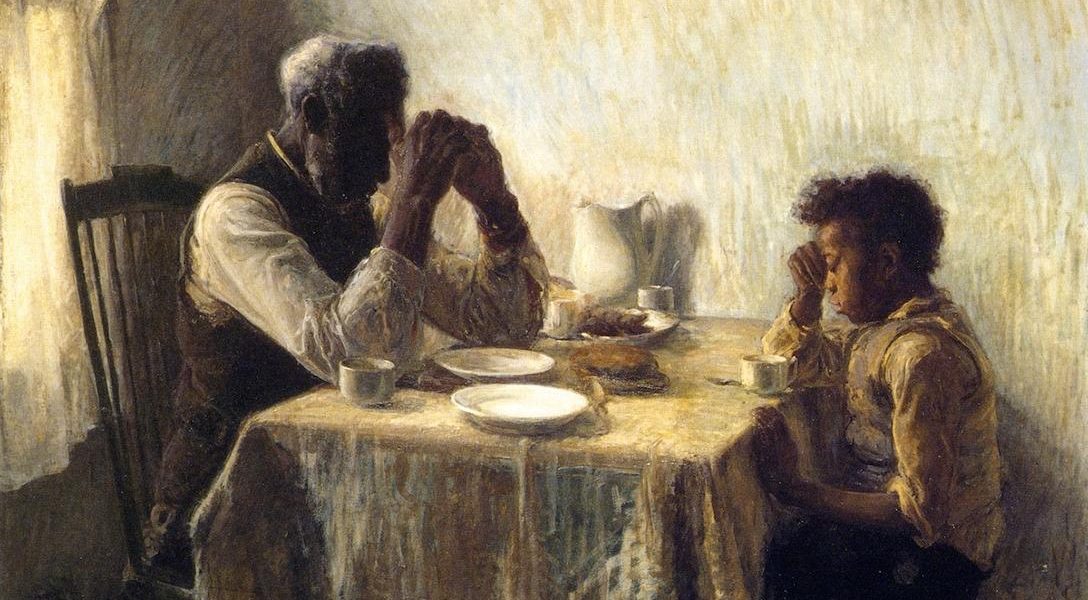 On This Day: The 15th Amendment to the US Constitution was ratified on February 3, 1870. The amendment gave African American men the right to vote, but Jim Crow laws and corrupt local governments prevented vast numbers of citizens from voting. The passage of the Voting Rights Act of 1965 expanded the franchise, yet voting rights are still under attack. About this painting: The Thankful Poor by Henry Ossawa Tanner, 1894. Photo credit: The Athenaeum / Wikimedia
Editors' Picks

President Trump’s nominee for the Supreme Court vacancy set up the club at his prep school outside D.C. in protest against the staff’s left-wing tendencies. When does the warnings of incessant fascism creep stop being dismissed as mere “hyperbole?”

Now with blood on his hands, President Trump has declared the deaths of women, children, civilians, and one American commander essentially worth it because of the intelligence gathered. The Pentagon planned the raid for months, and Obama had not approved it because the plan called for a “moonless night.” The Pentagon intends to speed up approval of such missions, which could open up the margin of error. The Times wonders if the right questions were asked before the approval of the raid, which was discussed over dinner at the White House.

Representative Mick Mulvaney (R-SC) could soon be confirmed director of Office of Management & Budget (OMB). According to the Institute for Trade and Agriculture Policy (IATP), his confirmation “would unleash a budgetary assault on agricultural conservation, food safety, nutrition programs and food assistance, farmer and food worker safety, food labeling, and other farm to fork rules. ”

Linda M. Khan writes in the Yale Law Journal, “Elements of the firm’s [Amazon] structure and conduct pose anticompetitive concerns – yet it has escaped antitrust scrutiny.” Furthermore, “current doctrine underappreciates the risk of predatory pricing and how integration across distinct business lines may prove anticompetitive.”

Despite the apparent easing of sanctions talk, some of which did occur yesterday, Nikki Haley continued US policy of condemning Russia actions in the Ukraine.

A memo from the National Labor Relations Board says so and that they’re entitled to the same protections and rights. The decision could be an important step on the path to player unionization and collective bargaining.