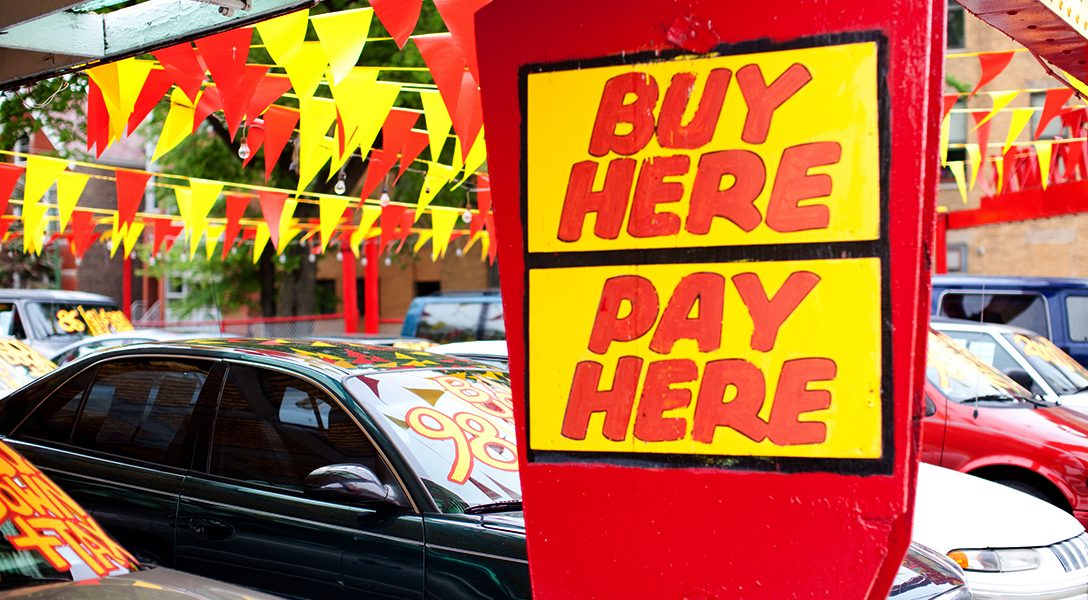 The White House is proposing executive changes that would remove protections against predatory lending practices by banks, car dealers, and other lenders in contracts with military service members. This would be accomplished by changing the rules to weaken enforcement of the Military Lending Act and by ending Consumer Financial Protection Bureau monitoring of payday lenders and other firms with a history of cheating service personnel. Photo credit: Thomas Hawk / Flickr (CC BY-NC 2.0)
Editors' Picks

The author writes, “As climate change-fueled wildfires ravage the West Coast, the Democratic National Committee voted 30-2 on Friday night in support of a proposal to ‘welcome the longstanding and generous contributions of workers, including those in energy and related industries, who organize and donate to Democratic candidates individually or through their unions’ or employers’ political action committees.’ The move seemingly reversed a ban passed in June pledging that the body would stop taking contributions from corporate PACs connected to the fossil fuel industry.”

The author writes, “Avoid scandal. Use euphemisms. Ask inadequate questions. Lock complaints away in a ‘secret archive.’ Above all, don’t tell the police. Those are some of the tactics that leaders of the Roman Catholic Church in Pennsylvania used to conceal child sexual abuse by priests over a period of 70 years, according to a grand jury report released Tuesday.”

From the Real News Network: “Thousands have gathered in Yemen for the funerals of the 51 people killed in a Saudi-UAE-US military alliance airstrike, including 40 children traveling on a school bus. Even after a Raytheon-made MK-82 bomb was found in the wreckage, Defense Secretary James Mattis said that the US is ‘not engaged in the civil war.’”

The author writes, “Facebook has been on a censorship rampage against Palestinian activists who protest the decades-long, illegal Israeli occupation, all directed and determined by Israeli officials. Indeed, Israeli officials have been publicly boasting about how obedient Facebook is when it comes to Israeli censorship orders.”